Home Opinion/Analysis How Should The US Best Continue Somalia Support? 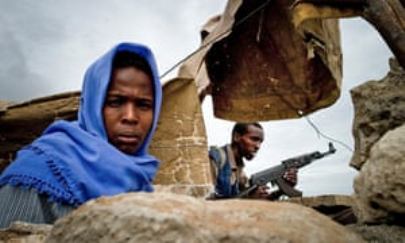 While the situation of the country was at bad shape due to insecurities, insurgencies, warlords and lawlessness at a conference held in Washington DC on January 17, 2007 an opening remark to the conference, Senator Russell Feingold (D-Wis.), chair of the Senate Foreign Relations Africa Subcommittee, summarized the challenge. “We cannot allow our past to overshadow the pressing security concerns we face in the [Horn of Africa] today. We have an opportunity to help the Somalia people dig themselves out of almost two decades of chaos and to strengthen U.S. national security at the same time. But if our government does not move quickly and aggressively on all fronts, we can be sure Somalia will continue to be a haven for terrorist networks and a source of instability that poses a direct threat to the United States.” It will need to forge a clear vision backed by a functioning interagency process that bridges the United States’ “hard” counterterrorism equities with its “soft” power interests in promoting a negotiated, broadened compact for governing Somalia, meeting dire humanitarian needs, and beginning reconstruction efforts”

Also, according to state department, “The United States has provided more than $3 billion in humanitarian assistance for Somalia since fiscal year 2006 to address the problems of drought, famine, and refugees. Since 2011, the United States has provided an additional $253 million in development assistance to support economic, political, and social sectors to achieve greater stability, establish a formal economy, obtain access to basic services, and attain representation through legitimate, credible governance”. Plus, billions of supports from the Somali Diaspora community, UN, and other international donners.

11 years after Senator Russell’s statement, Somalia is coming back to normal despite challenges. a lot has been done and Somalia is improving both politically, financially and stability. for the first time since the closure of the U.S. Embassy in Mogadishu on January 5, 1991, the United States reestablished a permanent diplomatic presence in Somalia On December 2, 2018. In testimony to the Senate Committee on Foreign Relations last summer, US ambassador to Somalia Yamamoto said, “he would, as ambassador, strengthen institutions and governance; shift security responsibilities from AMISOM, the African Union’s peacekeeping mission in Somalia to Somali forces; build economic opportunities, particularly for Somalia’s young labor force; and address humanitarian food and health crises”.  Recently, US also mentioned giving more funds “To create a better tomorrow for the people of Somalia, the United States is committed to providing more than $900 million in critical investment”.

The ambassador’s agendas are great, As the United States wants to see al-Shabab and ISIS destroyed but to achieve this requires the United States to relook its support and strategy on how to combat the group. by use of less expensive, effective and wise approach that yields a guarantee results which I think if the united states focus on, can be productive. With US continuous support, strengthening institutions and governance are the most important aspects needed in Somalia today particularly security, political and legal sectors.

With US support, Somali national army and NISA team are to be strengthened. For security, Somalia lies the longest coat of the Indian ocean, northern coast borders the Gulf of Aden, which leads to Bab el-Mandeb, a narrow chokepoint which all maritime traffic from the Mediterranean Sea to the Indian Ocean. all goods from the Persian Gulf including oil and other goods around the entire African continent to or from European and American markets pass.

For these passages to be secure, Somalia’s mainland must be secured first. Somalia’s national intelligence security admiration also known as NISA are to carry out counter terrorism efforts to prevent, deter, preempt and respond to terrorism but al-Shabaab still pose great danger to the government personnel and the critical infrastructure.

For the last 10 years, many directors are positioned to lead this agency, and each served in a short period of time. There is a weakness in the Somali intelligence agency in prevention and preparation capabilities. There are less trained personnel with technology and knowledge to deter the threats. NISA has less knowledge on identifying the threat, exploring the vulnerabilities, and construction of the Prevention, Preparation, Response, and Recovery plan (PPRR).  With the use of vulnerability and risk analysis a lot can be done. I think this sector needs to be strengthened as Al-Shabaab change their tactics continuously, not visible and look for vulnerability. Recently, Al-Shabaab and ISIS fight on who collects more taxes. AFRICOM continuously support the government of Somalia through air strikes of the enemy’s bases and personnel. This became the only tool the terror group fears now as the AMISOM remain in the defense/reserve role. The only way to deal with al-Shabaab and ISIS will be rebuilding the Somali National Army, strengthening the NISA team; otherwise that threat will still be there.

Political sector can also be strengthened, both past and present governments has been facing political challenges within and outside bodies. Every administration faces hard political decisions that might sometimes throw into turmoil, for example with in the last 11 years, Somalia federal government had 15 foreign ministers. The country currently has 7 presidents, thousand parliamentarians, hundreds of ministers. Each claim status and power. this has caused political confusion, insecurity and misunderstanding of the federal system. the question of federalism, unionism, centralism remains at large in the country. Most of the heads of federal member states claim that both former and present executive branch of the federal government didn’t want federalism, that they lean to be more central form of governance.

There are widespread diverse opinions on whether Somalia should be federal or central as no referendum has been taken yet. This reminds me of the federalist and anti-federalist papers and debates US had before. Somalia’s definition falls under this one written by John Jay in 1787 stated as “With equal pleasure I have as often taken notice that Providence has been pleased to give this one connected country to one united people–a people descended from the same ancestors, speaking the same language, professing the same religion, attached to the same principles of government, very similar in their manners and customs, and who, by their joint counsels, arms, and efforts, fighting side by side throughout a long and bloody war, have nobly established general liberty and independence. This country and this people seem to have been made for each other, and it appears as if it was the design of Providence, that an inheritance so proper and convenient for a band of brethren, united to each other by the strongest ties, should never be split into a number of unsocial, jealous, and alien sovereignties”.

After two hundred-and-thirty-one years of that federalist papers, Somalia is facing the same issues of whether to take federalism, what type and whether to be under one central government. Somalia with people of the same backgrounds and beliefs share many characteristics with what Jay wrote almost two and half centuries ago.  The public might want one nation, under one federal government with one army, currency, and foreign policy.

US support in strengthening governance will be very beneficial to reaching that goal. Assisting Somalia to complete the constitution, constitutional court, high court and Helding accountable to those cross the line might end all political and legal obstacles the country has been in for long time.  rampant corruption, lack of social trust, persistent insecurity, obstructions of justice, scape of checks and balances and all other challenges can be overcome.

If the Somali elites put aside their differences, believe that they are one people under one God and take advantage of the new US diplomatic presence and agenda’s, all legal, political and security challenges can be overcome in a short period of time. United States support by strengthening institutions and governance especially Security, political and legal sectors can help a lot.