Home World News/International Africa Is political integration in the Horn of Africa possible? 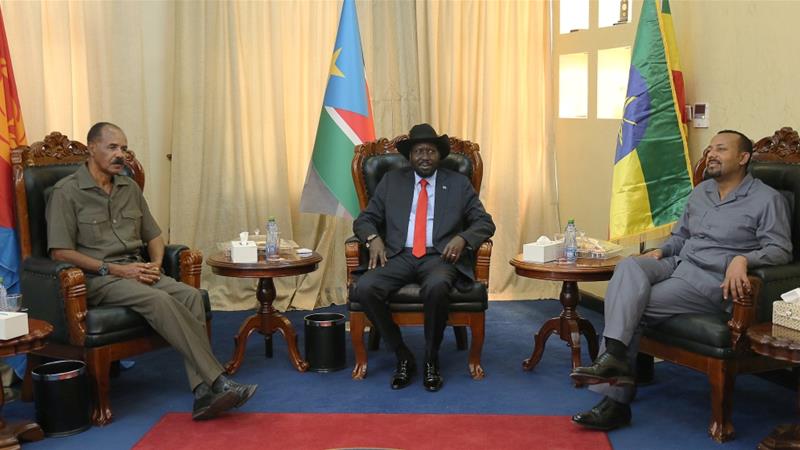 Recent diplomatic initiatives in the Horn are a positive step, but the region needs much more to achieve lasting peace.

Following his recent efforts to achieve normalisation with Eritrea, Ethiopia’s Prime Minister Abiy Ahmed embarked on a shuttle diplomacy mission across the Horn of Africa. Since the signing of the landmark June 2018 peace agreement between the two long-warring nations, Abiy held several bilateral and tripartite summits both in Addis Ababa and in other Horn of Africa capitals to help resolve some of the region’s deep-rooted problems and kick-start a process of political integration.

On February 20, 2019, Ahmed met Muse Bihi Abdi, leader of the breakaway northern Somalia territory of Somaliland, in Addis Ababa to strengthen bilateral ties, discuss regional security issues and try to meditate in its dispute with the central government in Mogadishu. Somali President Farmajo, who was reportedly invited to the meeting, refused to participate, but later voiced his administration’s appreciation of Abiy’s mediation efforts and Bihi’s willingness to work with the Somali government in a tweet.

On March 4, Abiy met Afwerki and South Sudan’s President Salva Kiir in Juba to further the Intergovernmental Authority of Development-led peace process in the country.

Three days later, Abiy, Farmajo and Kenyan President Uhuru Kenyatta got together in Nairobi to try to resolve the maritime dispute between Kenya and Somalia. However, this meeting failed to produce a tangible solution, with Mogadishu making it clear that they will wait for the decision by the International Court of Justice.

While Abiy’s shuttle diplomacy received praise, admiration and positive media coverage both in the region and across the world, it clearly failed to produce any practical results on the ground and even led to some new concerns and tensions.

The tripartite cooperation agreement between Ethiopia, Eritrea and Somalia, for instance, has spawned new concerns among neighbouring countries about Ethiopia’s plans for the region. Somaliland took Ethiopia’s undertaking to respect the territorial integrity of Somalia fully as indicative of a change in Ethiopia’s policy that might not be in Somaliland’s interests. Furthermore, Ethiopia’s renewed diplomatic ties with Eritrea and Somalia caused its traditional allies, Sudan and Djibouti, to feel sidelined.

Abiy’s mediation efforts and other Horn of Africa leaders’ willingness to take part in them are undoubtedly a positive step towards political integration, sustainable peace and meaningful cooperation in the region. Diplomatic shuttles and media coverage of rapprochement efforts play an important role in generating the political will for, and public acceptance of, such a process.

However, shuttle diplomacy alone cannot resolve major international problems. For such efforts to have practical consequences, they need to be backed by well-deliberated and radical actions – actions that have the potential to bring down the multiple barriers that currently make political integration an impossibility in the region.

The first barrier to integration in the Horn of Africa is pervasive and entrenched distrust between states.

Real political integration requires a regime of free movement of people, goods, services and money; and this can only be achieved if there is a high degree of trust between all involved actors. Unfortunately, in the Horn region, such confidence is in short supply.

Historical animosities, security threats within and beyond borders as well as deep-rooted suspicions among state officials about the motives of neighbouring states increase the trust deficit.

Ongoing conflicts, and serious transboundary resource disputes, which together have displaced more than 10 million people and resulted in the presence of four peace missions (in Darfur, Sudan; the Sudan-South Sudan border; South Sudan proper and Somalia) and the continuing presence of more than 50,000 UN and AU peacekeeping troops in the region pose another barrier to political integration and feed into the trust deficit.

Border disputes between South Sudan and Sudan over the future of Abyei, and between Eritrea and Ethiopia over the control of towns such as Badme still persist. Kenya and Somalia are locked in a dispute over their maritime border in the Indian Ocean, and Kenya and Uganda are still competing over the tiny Migingo Island in Lake Victoria.

Foreign interference in the region is yet another obstacle to deepening cooperation and integration. Strategically positioned at the major geopolitical and geo-economic nexus of the Red Sea and the Suez Canal, the Horn is also a battleground for global forces fighting for the control of large national markets and maritime domains. The region currently hosts tens of thousands of foreign troops, with new military bases in Djibouti and other countries in the region.

Several secessionist movements are alive and kicking in the region, with South Sudanand Eritrea providing living examples as to how de jure independent states can be established by any one of these movements under the right circumstances.

Somaliland and its push for independence from Mogadishu also provides a cautionary tale for all the nation states in the region. The suspicion that secessionist threats are being fuelled by neighbouring states and foreign forces is making many countries in the region reluctant to push for further regional integration.

There are still ongoing tensions between states with devolved and federated systems across the region. Forces pushing for decentralisation, as well as internal border disputes between subnational units, are also causing insecurities in many federated countries, such as Ethiopia, Somalia, Sudan and South Sudan.

There is a persistent danger that small isolated wars may erupt any time between autonomous subnational entities, threatening the security of both the host states and their neighbours. Intent on manipulating these volatile political fault lines, governments in the Middle East – and from more distant regions – have lent their support to various conflicting parties.

Fuelled by new changes and old tensions, traffic in small arms and light weapons has proliferated, while the Horn has become highly militarised.

These peace and security challenges make political integration an agenda hard to sell in the Horn of Africa, especially when pushed to include too many countries too quickly.

Mediation and integration can only succeed if they come on the back of serious consultations and institutionalised efforts to build inter-state trust and end historic animosities. One such attempt can be the transformation of artificial borders drawn by colonial forces into drivers of integration that reflects the socio-economic realities on the ground, including traditional movements of people, infrastructure and commercial ties.

This type of progress cannot be achieved in a day or over a short summit between a couple of leaders. First, institutional and financial arrangements would need to be made to sustain a long peace process. Second, geographic proximity, commonly shared interest and vision should be used to lay a foundation of economic integration and eventually political one. Third, plans need to be drawn and efforts made to establish a strong political union under the auspices of the Intergovernmental Authority on Development (IGAD).

In this context, it is clear that Abiy’s well-intentioned diplomatic efforts are doomed to failure, as they lack the depth and capacity to heal the region’s trust deficit and to propose resolutions to the multidimensional conflicts and threats it is currently facing.

What is needed to bring political integration to the Horn of Africa is not diplomatic shuttles and official meetings, but well-thought-out initiatives and long-term plans with institutional support from IGAD.

The views expressed in this article are the author’s own and do not necessarily reflect Al Jazeera’s editorial stance. 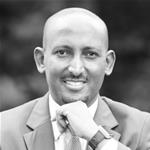 Dr Mehari Taddele Maru is a scholar of peace and security, law and governance, and human rights and migration issues. @ drmehari