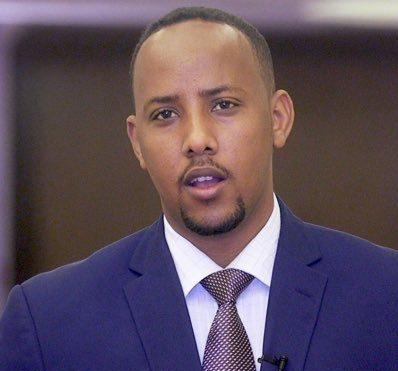 Share on Facebook
Tweet on Twitter
The government is now questioning who funds Al-Shabaab attacks.
Questions are now emerging as to where and who has the financial muscle and the what interest he has in killing innocent people in the capital.
Villa Somalia communication director. Abdinur Mohamed Ahmed,  in a post on his Facebook page, said that Shabab spent A lot of Money on the Bombings that occurs in Somalia, especially Mogadishu.
He raised the alarm that the money spent in 2 weeks, the group Al-shabaab had conducted 14 attacks in Mogadishu mostly using cars which they blew up.
“For example,  when you add the cost value of one vehicle and The cost of the bombing devices of which some are imported from outside the country, These sums up from $80k to $100k.” He added
“Where does Al shabaab Get these lots of money which is used to kill innocent Somali lives? It is an issue which needs extensive research, whoever is found to directly or indirectly aids will be brought to justice in a severe way.
“Shabab (are) not the only ones. Countries and both Somali individual and foreigners are among the participants. They have to be dealt with accordingly,” he said.