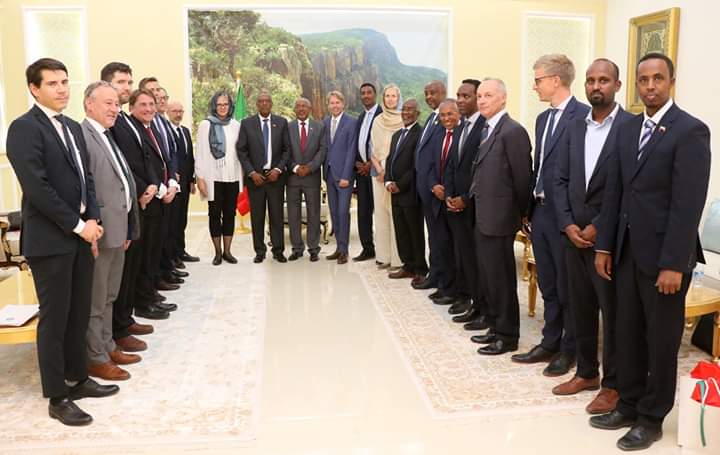 In a statement which the United Kingdom Embassy to ‘Somalia’ released and published on the official www.uk.gov website, Wednesday, the international partners who visited the Republic of Somaliland last week wished to see, among other issues, the current standoff among political parties unblocked.

The partners, according to the statement urged all stakeholders, foremost among whom were the parties, ‘to support the work of the Electoral Commission’.

Waddani opposition party and, on occasion, the Justice and Welfare party – UCID – had often used the credibility of the National Electoral Commission as an excuse to block the democratization process and in holding elections on appointed dates. Both international and national domestic observers had certified the NEC-held presidential election of 2017 as ‘fair and free’ – a conclusion that Waddani party has always challenged without, though, producing plausible grounds for its persistent ‘challenge’.

The international partners had, during their visit, also met with a number of other stakeholders. The urgency of passing the electoral law well before the end of the year headed a discussion the delegation held with the lower house of the Somaliland bicameral parliament – the House of representatives.

Starting with the President of the Republic and members of his government, down to the rest of the National Electoral Commission, the three political parties’ representatives, and the Parliament, the partners always ‘underlined the risks that further delay would pose to the democratic credentials and international perception of Somaliland’.

That stakeholders eliminated all stumbling blocks impeding a smooth run of the fledgeling country’s democratization process in order for ‘parliamentary and local council elections to take place on time ‪on 12 December 2019′, was a necessity and not a luxury Somaliland could afford.

According to the statement, the underlying objective behind the high-charged, high-profile three-day visit of the delegation was the reiteration of the international partners’ support to the now matured democratization process of Somaliland.

‘The main purpose of the visit was to demonstrate the partners’ continued support for Somaliland’s democratisation process,” the statement said.

Delegates from the United Kingdom, Denmark, Norway, Sweden, the EU, Switzerland and Finland were included in the high-powered delegation most of whose members were at Ambassador level.

Another delegation led by the German Ambassador to Kenya, ‘Somalia’ and Seychelles closely followed the heels of the former. Ambassador Gunther also emphasized how her country, another very good development partner with Somaliland, wished that no further delays happen to the slated parliamentary election.