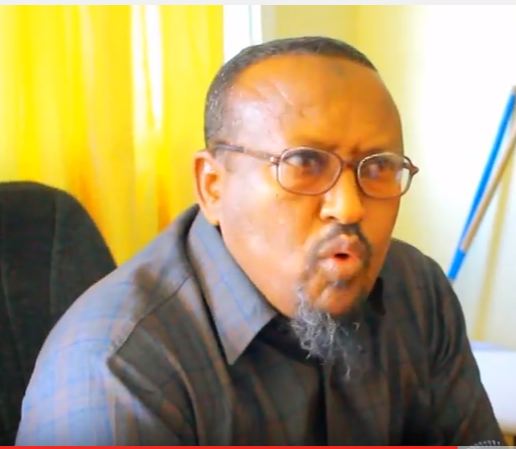 The Somaliland security forces, on Thursday, arrested legislator Mohamed Ahmed Dhakool who, a day before, virtually declared that there was no Somaliland he or his clan could be loyal to in direct violation of the Constitution of the Republic of Somaliland.

The Legislator held a press conference in which he declared that 18 May was to non-Isaac clans a ‘black day’. He was speaking of 18 May and this year’s commemoration of the day an all-clan conference held in Burao in 1991 proclaimed the restoration of the independence which the nation lost to a quest for a ‘Greater Somalia’ unity in 1960. 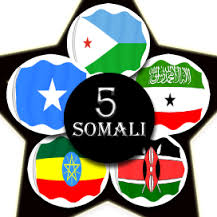 “This 18 May is only a day the SNM (Somali National Movement) clan (central-Somaliland Isaac clans) earmarks for commemoration. ‘Peripheral’ (non-Isaaq clans), know it as a black day,” he said without according the least respect to Somaliland’s 28-year history or the integral, critical roles some of the clans he called peripherals played in keeping the nation together.

“The SNM clan could not stomach the union we formed with Somalia in 1960 and, so, they have come up with a day of their own during which they bring women and children out to the streets to celebrate. We do not recognize it as a national day. To us it is a black day,” he said.

The legislator, however, cared not to elaborate why he served as a member of parliament for above 12 years in a nation whose yearly-commemorated national day he did not recognize.

The legislator went on to gun words that boded ill for the country’s fragile unity, inciting residents of the eastern regions, particularly Sool and Sanaag, to rebel against the government.

“Sool and Sanaag cannot be turned into military barracks. They cannot be ruled through the imposition of states of emergencies and the rule of the gun,” he said.

In a press conference, top brass police commanders held Friday, it was disclosed that MP Dhakool was arrested at 10:00 p.m., Thursday. The MP they said has violated articles 49 and 79 which define incitement and disturbance of the peace activities. 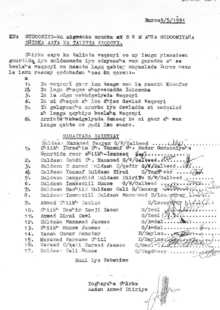 There are reports, however, that indicate that the police arrest of the legislator was extrajudicial and that his immunity was not countersigned or revoked by a constitutional court. If that is true, then there will be no grounds to detain him any further.

The declaration, the General alluded to, was signed by 17 traditional leaders among whom formidable leaders representing the legislator’s areas.

The conference brought together traditional leaders, clerics, intellectuals and the leaders of the armed movement which played the greatest role in ousting the military dictator, Major general Mohamed Siyad Barre. Following intensive, grassroots preparations among all clans on the opposite ends of the struggle, a series of consultation meetings convened in Burao right after the country was emancipated of the brutal regime culmination in the reaffirmation of the country’s independence as British Protectorate from Great Britain and Ireland.

The 1991 conference successfully prevented a civil war that may have pitted clan against clan, neighbour against neighbour as was the ultimate plan of the deposed dictator whose regime armed a civilian against another making one boss over another on sole merit of which clan one hailed from. To bolster the waning morale of his armed forces, the dictator used fighter planes to bombard main cities, razing them to the ground, armed civilian refugees – even students – to play soldier against other civilians. Consequently, an under-reported genocide developed during which hundreds of thousands of unarmed civilians were summarily executed and dumped in shallow graves dotting every major city.

The 1991 conference and the proclamation which it resolved healed gaping wounds uniting the nation to work towards a brighter future.