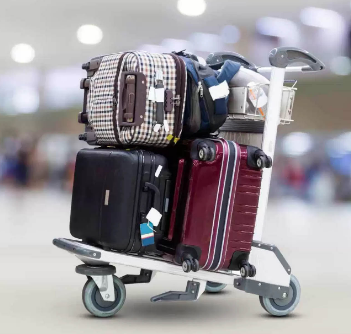 The Kenyan Government has said that it will not allow unaccompanied luggage to be ferried into the country on flights from Somalia.

In a statement on Tuesday, the Kenyan Government will be destroying all the luggage that is unaccompanied from Somalia in line with air transport regulations.

“The government of Kenya has noted with concern many pieces of unaccompanied baggage on flights emanating from Somalia. This contravenes international air transport regulations and poses a security threat,” said the Kenyan government.

Instead, the Kenyan Government said that any airline found transporting such luggage will be punished.

In addition, the Kenyan Government said that it had not denied entry to any Somali official with proper documentation and visa.

According to the Foreign Affairs Ministry, the four Somali nationals who were denied entry on May 20, 2019, were travelling on diplomatic passports but did not have visas.

A narrow triangle off the coast of Africa, in the Indian Ocean, about 100,000 square kilometers (62,000 square miles), is the bone of contention between neighbouring Kenya and Somalia. Both countries want the area because it supposedly has a large deposit of oil and gas, but it’s not clear to which country it belongs.

“The position of the boundary is a grey area,” said Timothy Walter, a maritime border conflict researcher at the Institute for Security Studies (ISS) in South Africa.

For Kenya, however, the boundary is quite clear. It lies parallel to the line of latitude. That gives Kenya the larger share of the maritime area and it has already sold mining licenses to international companies. But Somalia disagrees.