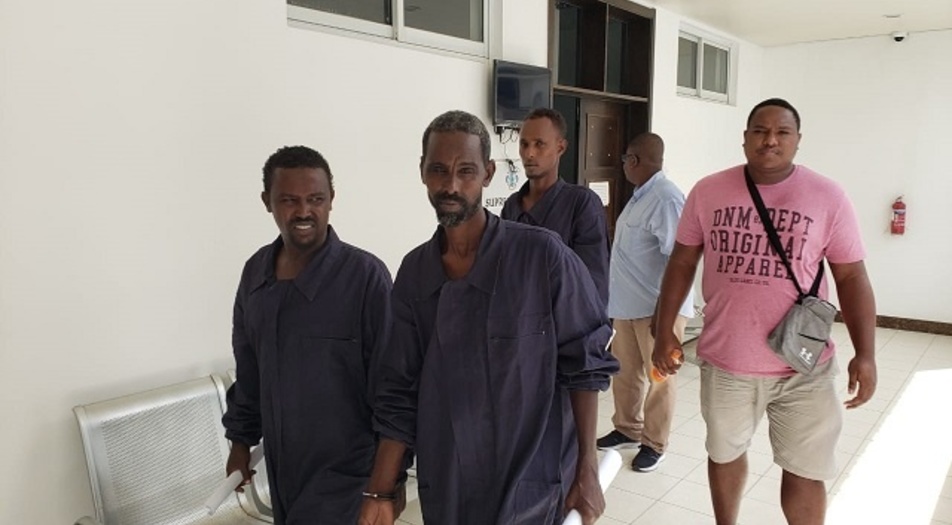 The Seychelles Supreme Court has formally charged five suspected Somali pirates who were transferred to Seychelles by EU NAVFOR in April, the Police said on Tuesday.

The five suspects were transferred to Seychellois authorities by the EU NAVFOR Somalia Operation Atalanta on April 26 after being captured by the EU NAVFOR’s flagship ESPS NAVARRA.

The suspects were transferred to Seychellois authorities in accordance with a transfer agreement between Seychelles and the European Union with support from the UN Office on Drugs and Crime (UNODC) and first appeared in court on Monday, April 29.

The police said that all five suspects will reappear in court on June 7.

One of the pirates had been arrested and transferred to Seychelles’ authorities in November 2017 and was repatriated in December 2018, the police added.

Seychelles, an archipelago in the western Indian Ocean, is geographically close to the Somali coast and has placed itself at the forefront of the fight against piracy since 2005. The island nation since then has been working with international partners to apprehend and prosecute suspected Somali pirates.

In 2015, the island nation set up a modern court complex that has special jurisdiction to hear cases related to such crimes.