SomTribune
Home Opinion/Analysis Terrorising the victims of terror in Somalia 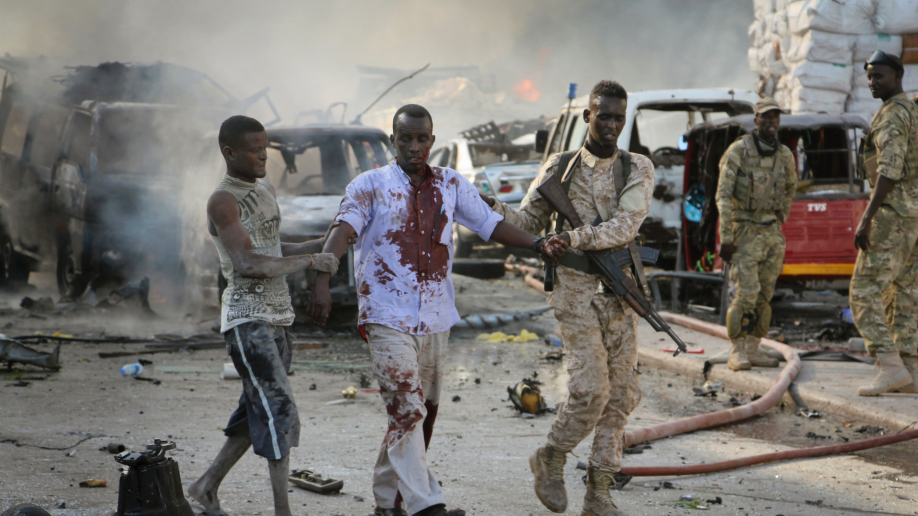 Somalis are victims of domestic terrorism, and the international community is compounding their misery by undermining their livelihoods as part of their own so-called ‘War on Terror’.

Combatants in the so-called War on Terror (WoT) have turned the lives of innocent Somalis into a living hell. Terrorists use civilians as targets, human shields, and sources of revenue.

Consequently, communities are caught in the crossfire and their efforts to build livelihoods suffer immensely.

This is how terrorists and the TWs are undermining Somali livelihoods.

9/11 and the destruction of Al Barakat 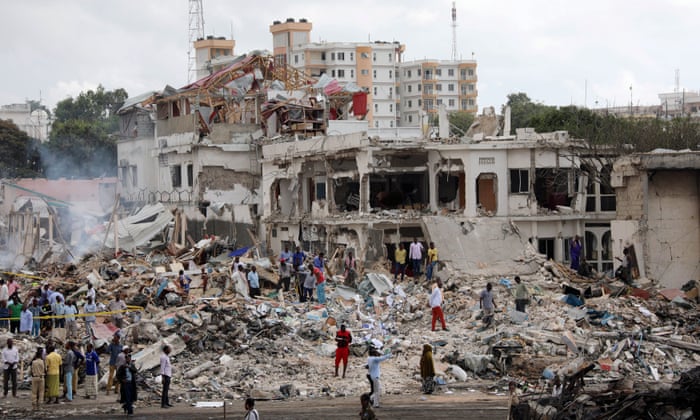 The money wiring company, Al Barakat, was formed after the Somali government collapsed in 1991. Diasporic Somalis, who fled the civil war, were anxious to find a way to send money to their desperate families. Within two years, the company had agents in all major Somali population centres in the West as it effectively transmitted millions of dollars to all parts of Somalia.

But September 11 changed everything. American authorities, shocked by the attackers’ audacity, searched high and low for Al Qaeda’s financiers. Investigators who were already looking into Al Barakat’s unconventional movement of money from the USA to their central office in the UAE intensified their investigations.

Political pressure from the White House forced investigators to quickly and speciously conclude that Al Barakat was Al Qaeda’s financier and that the founder of the company was Bin Laden’s friend.

Al Barakat’s offices were raided, its assets frozen, and its founder was put on the no-fly list. Several years later, the 9/11 Commission vindicated Al Barakat and stated that its proprietor had no links to Al Qaida. Yet, Al Barakat’s assets are still impounded while its founder remained on the no-fly list until 2016.  Al Barakat’s unjustified ruin became a model for the way the International Community addresses Somali issues: guilty until proven innocent.

America’s next Somali adventure came in 2006 when the Union of Islamic Courts (UICs) liberated Mogadishu from warlords. Surprised by the warlords’ defeat, America and its Ethiopian ally concocted the assertion that the UICs was Al Qaeda’s affiliate. Ethiopian troops, with American blessing, invaded Mogadishu and forced the UICs underground.

However, Somali resistance led by the UICs’ youth wing, Al Shabaab, made the occupation costly.

Consequently, America engineered the fragmentation of the UICs leadership into ‘moderates’ and ‘radicals’.

The ‘moderates’ were invited to Mogadishu with its leaders ending up as Somalia’s President. Meanwhile, the USA listed Al Shabaab as a terrorist organisation.

Subsequently, the US Treasury almost crippled Somali-Americans’ ability to remit money to Somalia. Diasporic Somalis transfer $1.5 billion through Somali money-wiring companies (Hawalas) that developed after Al Barakat’s demise. Hawalas registered in the USA deposit clients’ money in American banks, which are then wired to the UAE from where it is transferred to customers in Somalia.

As the WoT escalated, the US Treasury tightened the screws on hawalas by warning American banks of the risks involved since the identities of the recipients could not be verified. Frightened by the counsel, all but one the few American Banks that had hawala clients withdrew their service. Consequently, many Hawalas have been forced to carry suitcases of cash from the United States to the UAE. This practice continues with all the attendant risks and despite the lack of evidence linking hawalas to terrorism.

Efforts to undermine Somali livelihoods are not limited to overseas money transfers but have also targeted domestic enterprises. A leading actor in this effort is the United Nation’s Monitoring Group for Somalia and Eritrea (SEMG). This agency has consistently produced reports peppered with unsubstantiated claims that have damaged the credibility of Somali individuals and organisations.

For instance, SEMG falsely reported in 2006 that the Islamic Courts Union sent hundreds of their militias to Lebanon to assist Hezbollah.

Further, several local businessmen who had refused to become SEMG’s informers were accused of swindling the World Food Program (WFP) by selling rations in the black market. Consequently, WFP rescinded its business with these contractors. Despite international investigators finding no evidence to substantiate the claims, the victims of this falsehood were never compensated nor were their names cleared by SEMG.

SEMG is not alone in its approach of fabricating facts. For example, Two consultants of the World Bank averred that Somalis face staggering risk in using eMoney due to the absence of sufficient cash reserves to satisfy customer demands. But the fact is that customers have not lost any money and eMoney companies have 100 percent reserve cash.

Finally, while the SEMG and others have been engaged in diplomatic subversion of Somali efforts, Kenyan security agencies have sabotaged some of the hardware of the major telecommunication companies in southern Somalia.

Kenya has denied this, but members of its security personnel have confidentially confirmed the destruction. Kenyan forces destroyed 11 towers in 2011 as Kenya invaded Somalia. They also wrecked seven and two towers in 2018 and 2019 respectively.

Notwithstanding the official denials, Kenyan security officers confirmed that the destruction of Hormuud facilities were retaliatory acts since Al-Shabaab destroyed Safaricom installation in Kenya. When asked what Hormuud had to do with Al-Shabaab’s actions, Kenyan authority’s response was “they are all Somalis.” Two decades ago, a Somali scholar considered Somalis as homeless because they became vulnerable to others’ machinations due to their statelessness. Despite such odds, Somali communities and entrepreneurs have remained resilient. A remarkable testimony to their grit is that unlike the rest of Africa where foreigners dominate Telecommunications and IT industry, Somalis developed the sector from scratch. One wonders what Somalis might have accomplished if they were not sandwiched between pernicious local terrorists, a failed elite, and the Western ‘War on Terror’.

This article is republished from TRT World