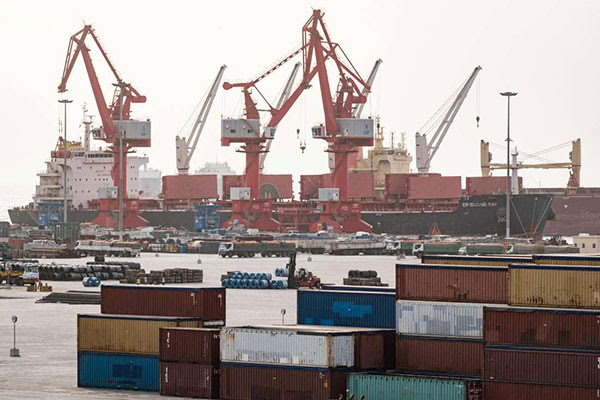 The refinancing comes in the wake of dispute between Djibouti and yet another global terminal operator, DP World (Nasdaq Dubai: DPW), showing the risks awaiting companies as they look to developing markets for growth.

China Merchants Ports, one of the largest concessionaires of marine terminals across greater China, is seeing much of its growth from assets in developing markets. Container volume at its China-based ports grew 4.5 percent in 2018 to 88.4 million twenty-foot equivalent units (TEU). But its overseas assets grew 13 percent to 20.66 million TEU.

Among China Merchants’ overseas holdings is a 23.5 percent stake in Port de Djibouti SA (PDSA) it bought in 2013.

China Merchants also lent PDSA $150 million in 2017 for setting up a free-trade zone for trans-shipping freight through Djibouti. It opened in July 2018 and according to China Merchants’ last annual report, “received positive responses.”

According to a Chinese government website, “Djibouti’s government trusted China Merchants with their most valuable coastline and land.”

Djibouti, a tiny country with a population around 1 million, sits on the Bab al-Mandeb Strait, the biggest shipping lane between Asia and Europe.

It has also been one of the most treacherous for shipping due to frequent pirate attacks at the beginning of the decade.

Although pirate attacks have subsided, shipping faces a newer threat from Yemen’s civil war. The country’s Houthi rebels have been blamed for a number of attacks on ships.

As such, China sees Djibouti as a strategic hub for protecting trade, and set up its first foreign military base in the country.

Likewise, it is a major beneficiary of China’s “Belt-and-Road” initiative, receiving $5 billion in aid for a variety of projects, including the deep-water port and free-trade zone.

Prior to China’s interest in the country, Dubai’s DP World won a 30-year concession in 2009 to run Djibouti’s Doraleh Container Terminal, co-owned with PDSA.

But Djibouti’s government has had a falling out DP World, potentially due to the latter’s decision to open its own free-trade zone in neighboring Somaliland.

With one of its main assets seized, PDSA is no longer able to meet the requirements of the original loan, which carried a one-year term at variable interest rates.

China Merchants raised funds for a new loan, carrying a 5 percent rate with a three-year term, which will pay back the original loan.

Michael Angell covers maritime, intermodal and related topics for FreightWaves. His interest in transportation stretches back several generations. One great-grandfather was a dray horseman along the New York waterfront and another was a railway engineer in Texas. More recently, Michael has written about the shipping industry for TradeWinds, energy markets for Oil Price Information Service, and general business topics for FactSet Mergerstat and Investor’s Business Daily. When he is not stuck in the office, he enjoys tours of ports, terminals, and railyards.