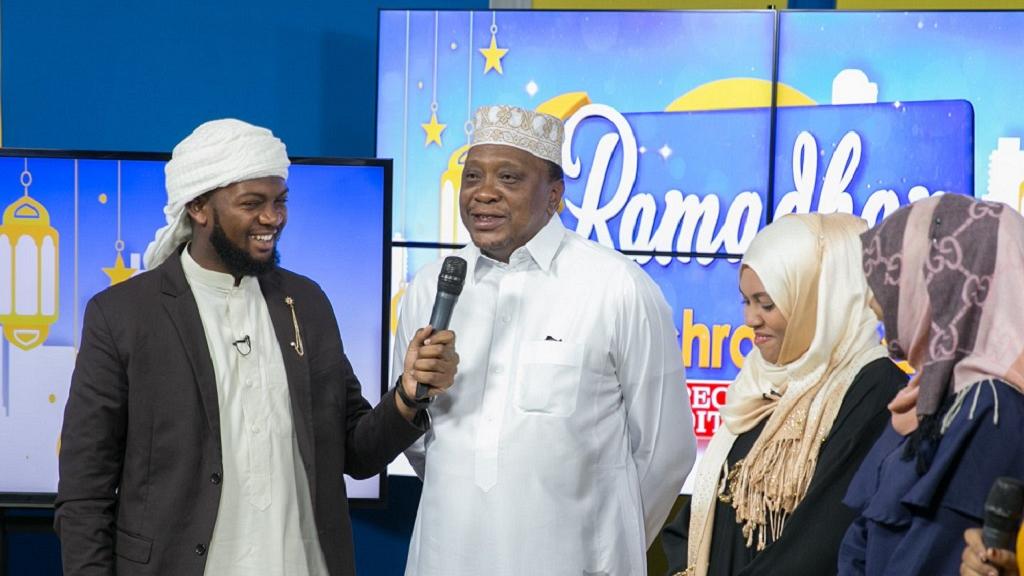 Terrorists are criminals whose actions are not sanctioned by an religious groups and the fight against terrorism must he seen in that light according to Kenyan president Uhuru Kenyatta.

The president on Thursday (May 30) made a historic visit to one of the biggest mosques in the capital Nairobi, joining the faithful in prayers and iftar (breaking their fast).

His office said the visit to the Jamia Mosque was the first for a sitting president. His address centered on unity and the fight against extremism. “We are proud of our diversity as a nation of many ethnic groups, colours and religions,” said the President.

When we see violence occasioned, this violence is not occasioned by Muslims or Christians but by criminals. It is this criminal that we fight because they are enemies of Muslims and Christians and all other religious groups.

Whiles assuring that the government will always ensure equity and fairness to all Kenyans, he stressed the need for the Muslim community to join in the fight against crime and extremism.

“When we see violence occasioned, this violence is not occasioned by Muslims or Christians but by criminals. It is this criminal that we fight because they are enemies of Muslims and Christians and all other religious groups,” the president added.

The president was taken on a tour around the mosque’s vast complex which includes a library and a TV channel, Horizon TV operated by the mosque.

“He addressed viewers on live TV and extended best wishes to Muslims as they approach the end of the holy month,” his office added.

Kenya has been severely impacted by the activities of Somali-based Al-Qaeda-affiliated insurgent Al-Shabaab. The group has carried out attacks that have claimed the lives of hundreds in the last few years.

The most recent attack was this year at a facility located in a residential area in Nairobi. The group says their activities are in retaliation for the deployment of Kenyan soldiers in Somalia.