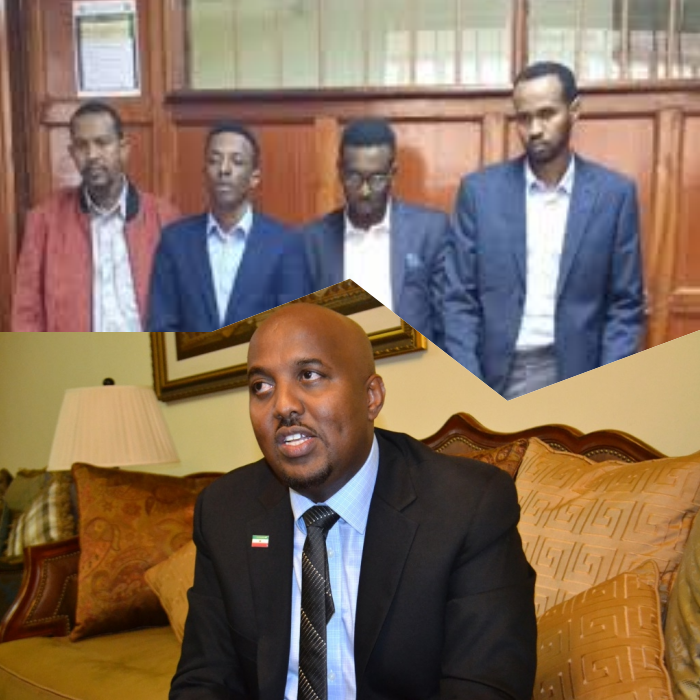 It was one of those moments in time that people euphemistically – and for lack of a better, more plausible explanation – call ‘destiny’.

The three, although they have taken residence in Kenya, were originally from the Sool region of Somaliland. Bursalid is from Kismayu of Somalia – thousands of kilometers removed, nearer to Kenya than the Republic of Somaliland.

The three were seated together when Bursalid, passing by, stopped to join them, a short while before the arrest was made, reports said.

Already the subject of investigation for several infringements to Kenyan law, including possible links to terrorist activists and shady political deals, the police pounced on the self-anointed authority on regional political and economic affairs in the Maguga area in Kiambu, Nairobi. 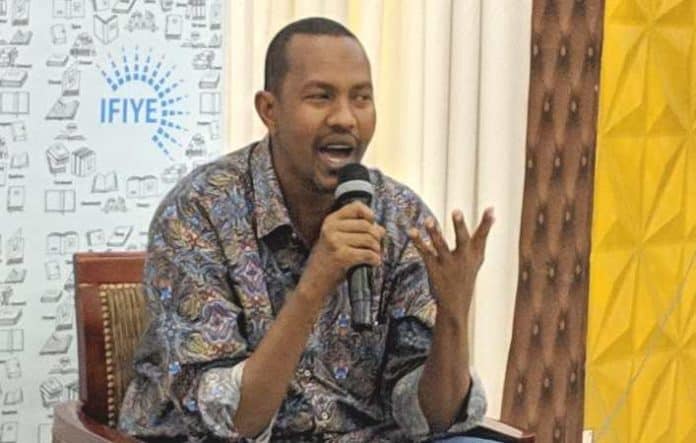 Unfortunately, it happened moments after Bursalid joined Bashir, Mohamed, and Mohamoud, thus inadvertently falling into a dragnet they had nothing to do with.

Along with Bursalid, the three Somaliland-born citizens were arraigned in court on July 7 where the Principal magistrate, Peter Okoo at the Milimani Law Courts, directed that they be detained for four days ‘to enable detectives from ATPU complete their investigations as was requested’.

The three Somalilander co-defendants, legitimate businessmen, were not particularly accused of anything ‘criminal’ activities.

The brother next to bursaliid is a well known businessman in town .he has an electronic shop at Jamia mall .I don't thing he has anything to do with this maritime issue or terrorism activities in the country

In recent years, the BBC and VOA Somali sections crowned Ibrahim Bursalid an authority on, primarily, ‘Somalia-related issues’. Of late – and since his kinsman President Farmajo took Somalia reigns, Bursalid became more and more protective of Somalia leadership, and abrasively more critical of anybody or any party that crossed swords with it.

Understandably, Somalians exploded into ‘Free’ Bursalid Tweets, stating that Kenya is unfairly targeting Dr. Bursalid for reasons it is not admitting to the public.

There are many muslims jailed around the world. When the country that jails them is a muslim country then Amnesty/HRW is active & knows more about human rights laws… When Myanmar & India slaughtered Muslims, they must have been busy.

Ibrahim was often accused, furthermore, of using the British and US radio platforms to whitewash Villa Somalia failures and discolour opposition motives. On recent programs, he openly predicted that Kenya will lose on the ICJ-submitted maritime dispute with Somalia – despite the absence of a leak on the international court’s impending verdict on the case.

Relatives in Somaliland have, through official and unofficial channels, already sent an appeal to the charismatic Head of the Somaliland Mission in Kenya, Ambassador Bashe Omar, to intervene in order to extricate the hapless Somalilanders from the net they inadvertently and innocently fell into.