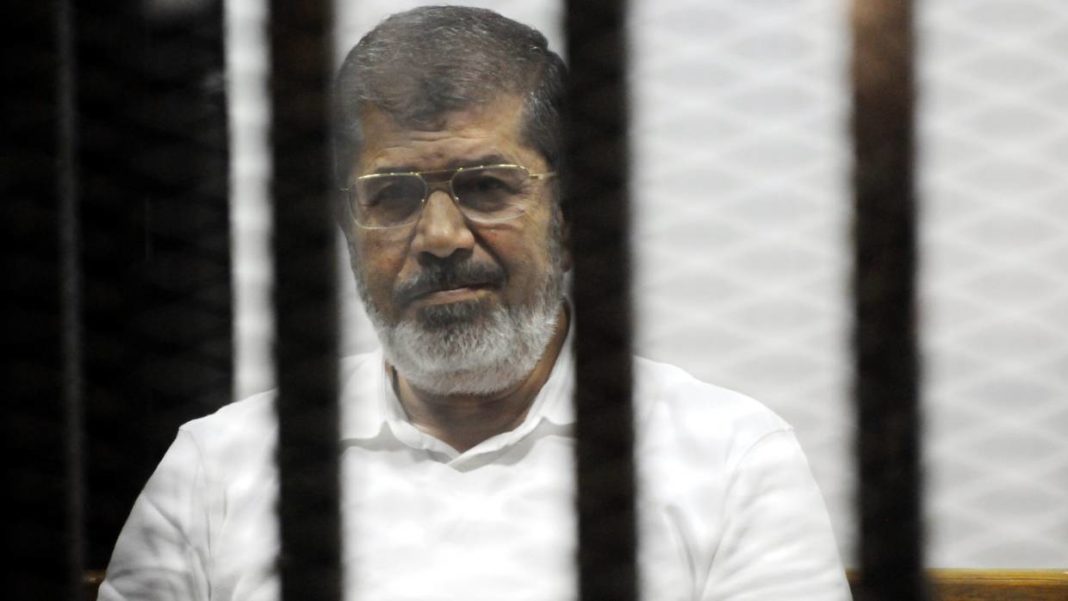 Egypt rejected the call by the United Nations to open an impartial, thorough and transparent investigation into the circumstances of the death of the late Egyptian President Mohamed Morsi.

The Egyptian Foreign Ministry denounced the statements issued by the UN High Commissioner for Human Rights on the death of President Morsi during his trial, the era of Monday.

This is considered a deliberate attempt to undermine Egypt’s commitment to international standards and even to draw conclusions that are not based on any evidence or proof about the validity of the article without any awareness But a total lack of clarity on the facts, which is unacceptable to the spokesperson of the Office of the High Commission.

He added: “Such a blatant politicization statement is consistent with the statements of state officials and entities that exploit the event for political purposes and glorify their respect for democracy and human rights while their behavior or practices only seek to remain in power using all possible means, making them dictatorships.”

The statement stressed that “the statement issued by the spokesman of the Office of the High Commissioner for Human Rights will be raised at the highest level in view of the lack of objectivity and the included violations and deviation and violation of professional assets and integrity must be available.” 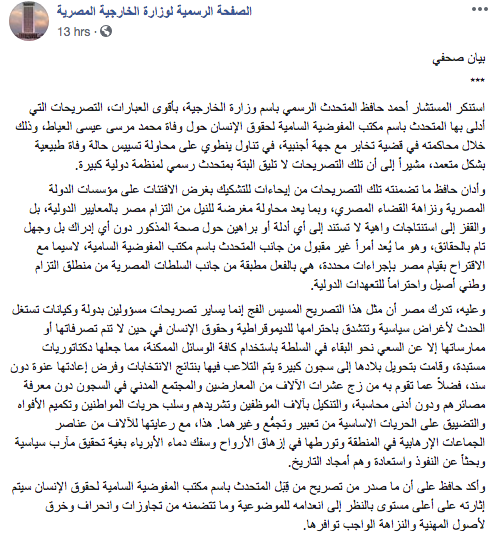