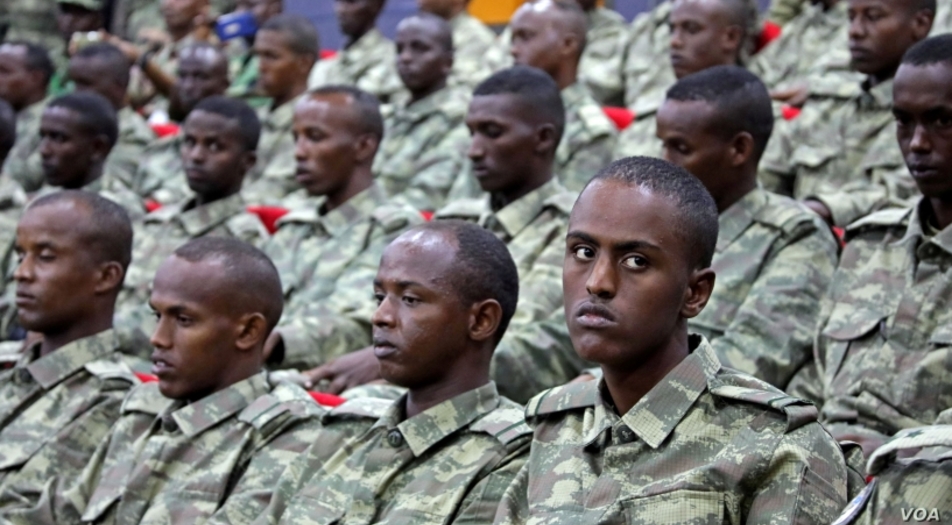 The United States is resuming some assistance to a unit of the Somali military that is not working directly with U.S. forces, U.S. officials said on Tuesday, around 18 months after aid was suspended to such units over widespread corruption concerns.

The assistance, part of U.S. military aid to the country aimed at helping the government fend off Islamist insurgents, was suspended in December 2017 after the Somali military was unable to account for food and fuel.

U.S. and Somali investigators visiting bases also found far fewer soldiers than had been reported. Many of the men present were missing their guns, indicating they were not ready for active duty.

The resumption of the assistance of units not working directly with U.S. forces will be on a pilot basis, a press release from the U.S. embassy in Mogadishu said.

There were no further details on the reforms or the amount of aid being offered. A spokeswoman for the embassy was not immediately able to offer further details.

The aid suspension did not affect some Somali military units, like the Special Forces group Danab that is trained directly by U.S. forces.

Somalia has been riven by civil war since 1991 when warlords overthrew a clan dictator then turned on each other. The U.S. also helps fund an African Union force that is supporting the weak, U.N.-backed government against Islamist insurgent group al Shabaab.