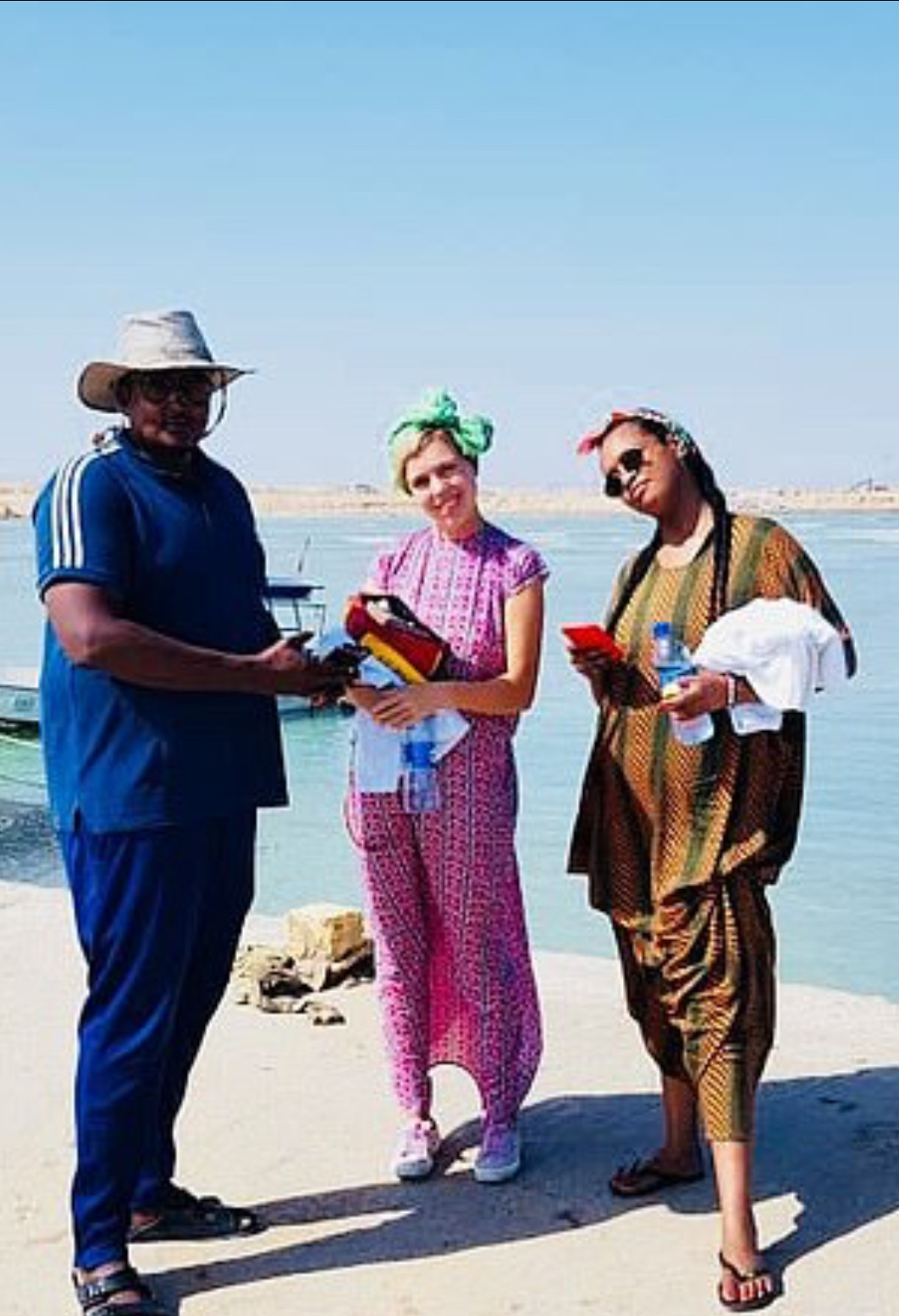 The UK is among a handful of nations who have diplomatic relations with Somaliland, which broke away from neighbouring Somalia in 1991. But crucially, the US – which backs Somalia – does not.

It is believed the decision stems from a five-day visit made last year by Miss Symonds  to East Africa, a region riven by civil war

Boris Johnson faced embarrassment last night after his girlfriend was barred from visiting the United States.

Carrie Symonds, 31, applied for a visa to go to America in the next few days as part of her job with a US-based environmental group, but the American authorities have blocked the request. This picture was captioned by Ms Ali: ‘Had the best few days with this gang and they have made Somaliland some what home again. Love you all’

The Prime Minister’s girlfriend went with her friend Nimco Ali, a campaigner against female genital mutilation, who was born in Somaliland.

During their trip, they met the self-declared Somaliland president Muse Bihi Abdi to discuss women’s issues and sea pollution.

The UK is among a handful of nations who have diplomatic relations with Somaliland, which broke away from neighbouring Somalia in 1991.

But crucially, the US – which backs Somalia – does not.

It is believed the decision stems from a five-day visit made last year by Miss Symonds to East Africa, a region riven by civil war.

It is uncertain whether Miss Symonds applied for a US Electronic System for Travel Authorization (Esta).

If she did, she would have been scuppered by her travel history.

An Esta is an automated system which decides whether tourists can enter the country for 90 days without a visa, providing they do not pose a security risk.

Answering ‘yes’ to this question will see an Esta application refused outright.

Miss Symonds had hoped to visit the United States instead of travelling with Mr Johnson to this weekend’s G7 summit of the world’s major economic powers in the French seaside city of Biarritz.

She has a series of meetings in America as part of her job as an adviser for Oceana, a non-profit organisation that seeks to protect the world’s oceans.

Miss Symonds now faces a race against time to get the ban lifted. Efforts to resolve the matter quickly have been made more difficult because she cannot – officially – ask Downing Street to intervene on her behalf.

When she moved into No 10, officials issued a carefully worded statement saying it would result in ‘no extra cost to the taxpayer’.

This reflected the fact that she is not married to Mr Johnson, who is still wed to second wife Marina Wheeler, the mother of four of his children.

It means that unlike No 10 spouses such as Cherie Blair or Samantha Cameron, Miss Symonds does not have her own Downing Street staff.

Miss Symonds, the US embassy in London and Downing Street all declined to comment last night.

But a diplomatic source said: ‘We are hopeful this can be sorted out in time for Ms Symonds to go to the US as planned.’

For decades the Somali region has been hit by violence from rival Islamic terror groups including Al Qaeda and Al Shabaab.

In the minds of many Americans, Somalia is associated with the Black Hawk Down tragedy, when 18 US Special Forces soldiers were killed in 1993 after two helicopters were shot down in the capital Mogadishu when a mission to seize a warlord went tragically wrong.

Donald Trump sparked controversy last month when he told Somali-born US Democrat politician Ilhan Omar to ‘go back’ to her native country.

Miss Ali, who was awarded the OBE in June, was born in Somaliland in 1982, when it was part of Somalia. She moved to the UK aged four.

Miss Symonds carried out her first public engagement at No 10 alongside Mr Johnson last week when they met guests from six hospices.

She followed it up on Friday with her first speech at the annual Birdfair event in Rutland, East Midlands, known as the ‘birdwatchers’ Glastonbury’, appearing alongside TV animal rights activist Chris Packham.

Miss Symonds’ hopes of establishing herself as Downing Street’s ‘First Lady’ were boosted at the weekend when it was confirmed she will accompany Mr Johnson on the Prime Minister’s traditional September stay at Balmoral with the Queen.

She will be the first unmarried partner of a sitting prime minister to visit the Queen’s official residence in Scotland.

Mr Johnson was born in New York, but in 2016 it was reported he had renounced his US citizenship after being hit with a tax bill of tens of thousands of pounds by American authorities.

Momentos of visit to Berbera, Somaliland: 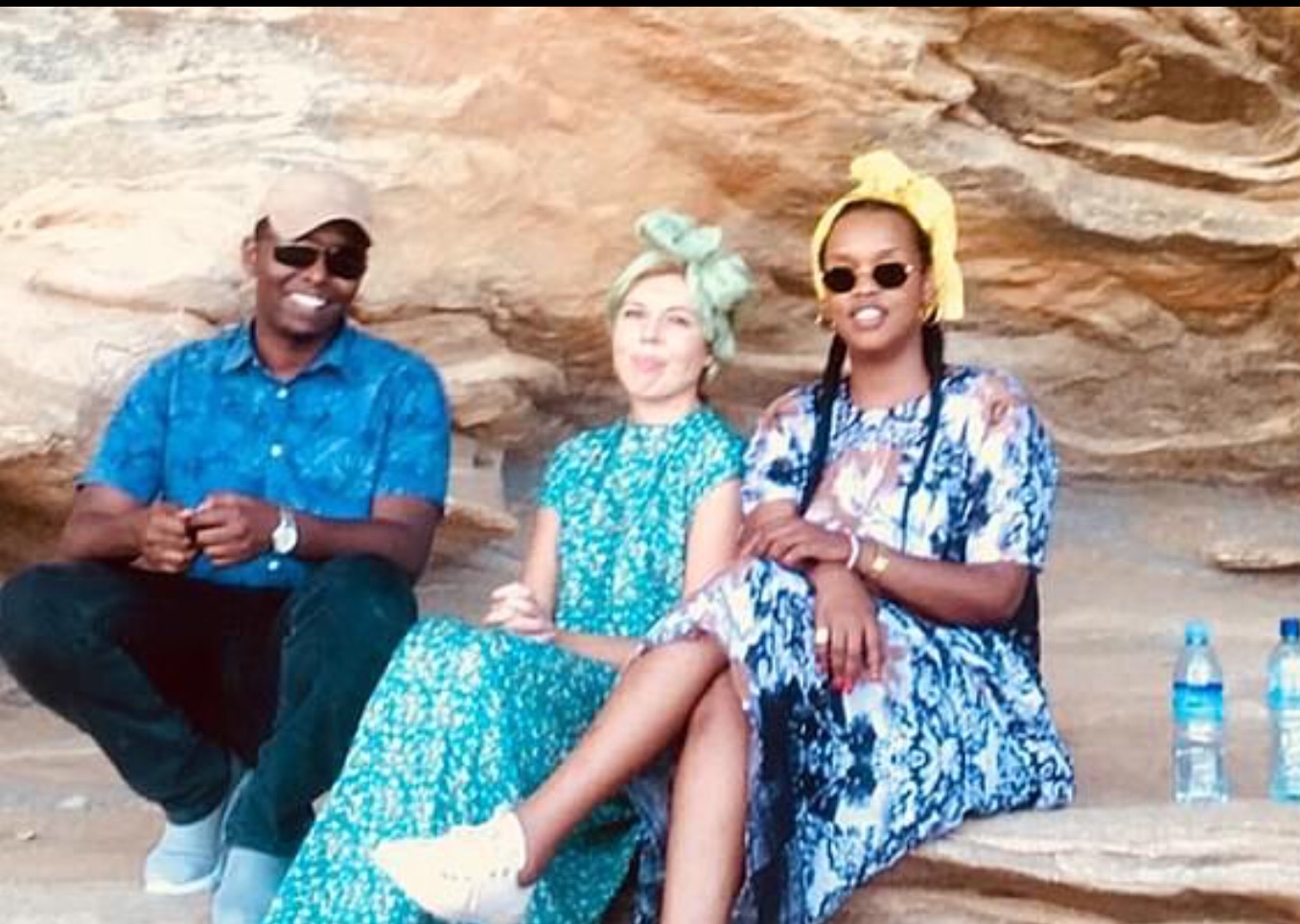 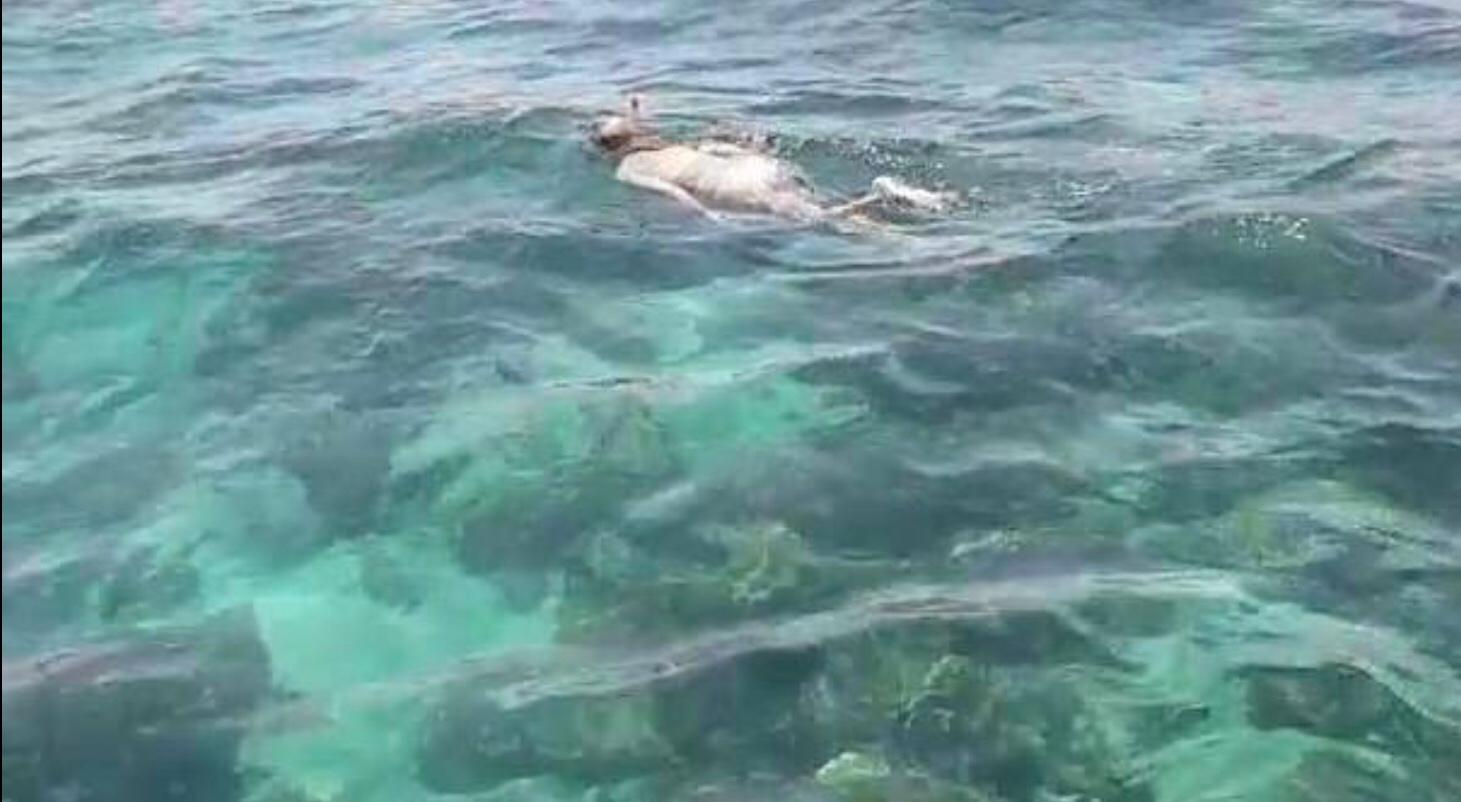 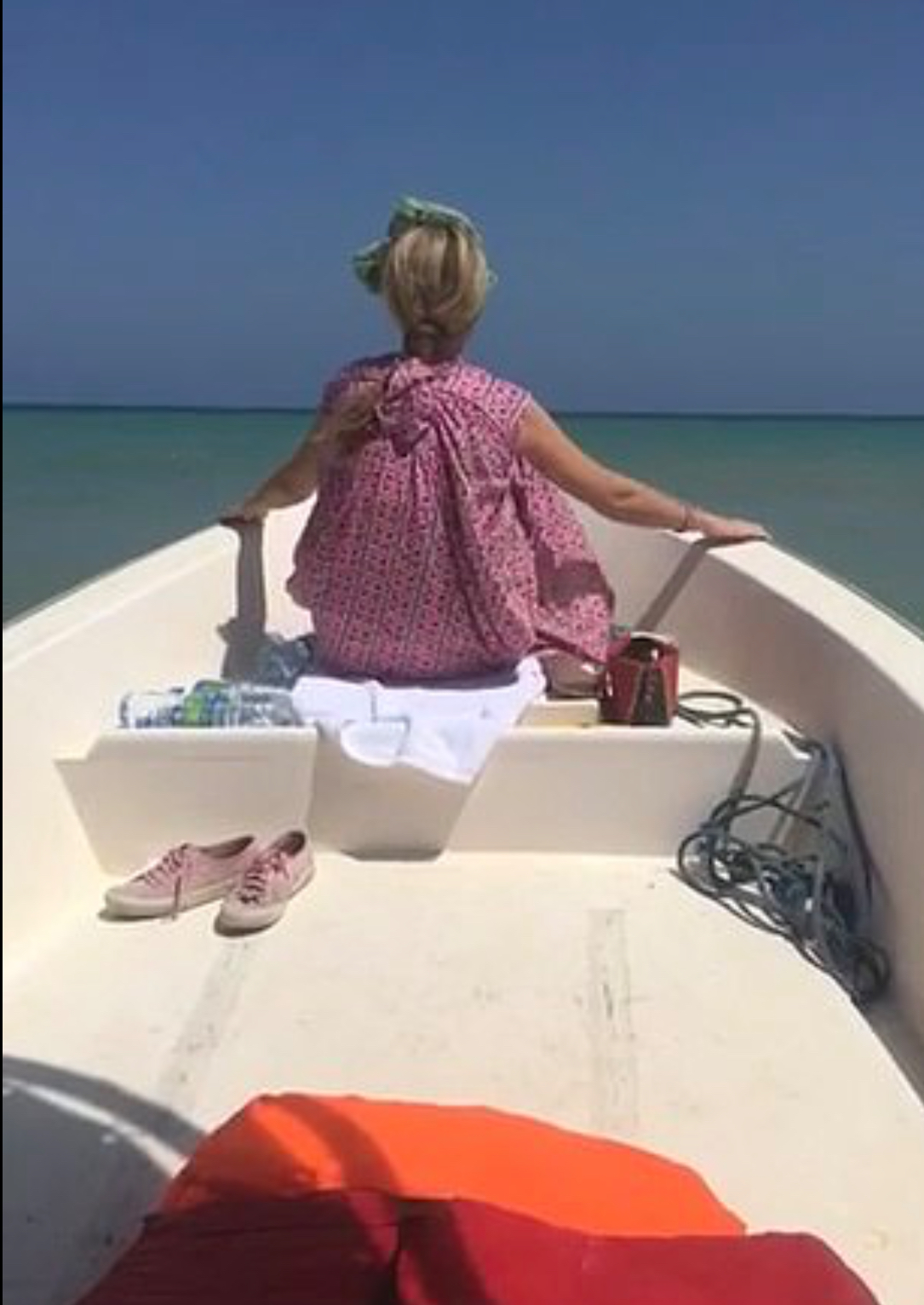 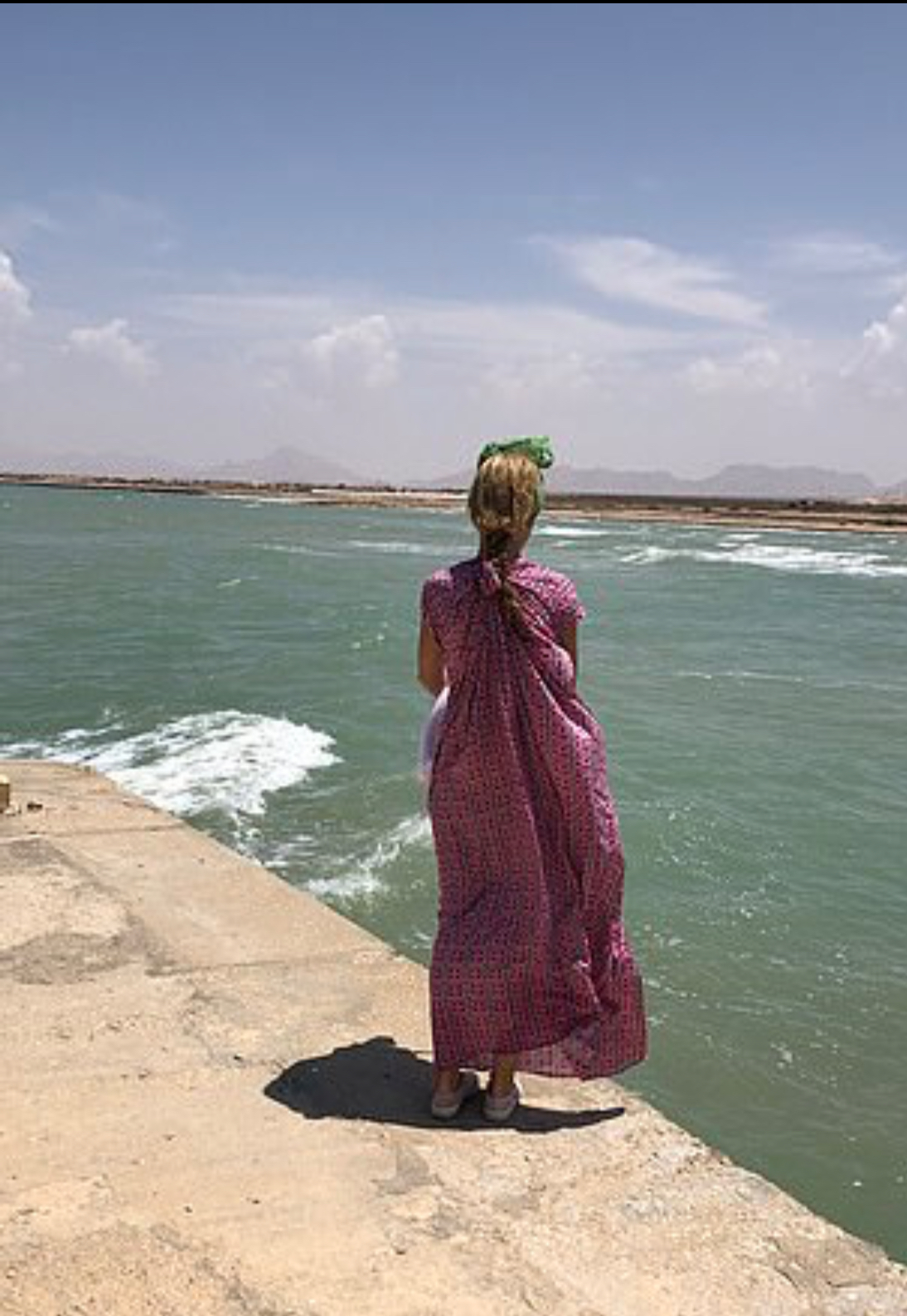