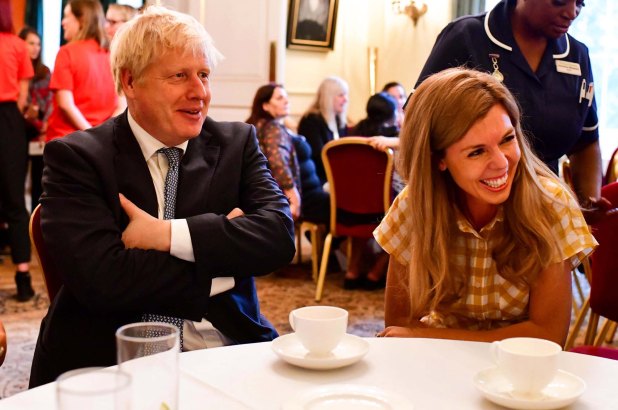 Carrie Symonds, British Prime Minister Boris Johnson’s girlfriend, has reportedly been denied a visa to the United States for having traveled to Somaliland. It’s a sin with which I’m familiar, having visited Somaliland twice, including earlier this month. I certainly will go again in the coming year.

The root of the problem is not Somaliland, but Somalia. In the late 19th and early 20th century, Somaliland was a British protectorate. The United Kingdom gave it full independence in 1960, and every member of the UN Security Council (including the United States) recognized Somaliland as an independent country. In a fit of nationalist euphoria, however, some Somaliland authorities entered into a voluntary union with the former Italian colony, and together they became Somalia.

Somalia then became both a dictatorship and an increasingly dysfunctional state. At first a Soviet Cold War ally, it flipped in the late 1970s to become an American proxy. In the late 1980s, dictator Siad Barre launched a campaign of genocide against Somaliland, destroying over 85% of its capital Hargeissa; local authorities are still exhuming mass graves today. Siad Barre eventually drove Somalia over the brink into state failure and anarchy.

As Somalia descended into chaos, Somaliland declared its independence and built a functional, democratic government. Today, Somaliland controls around 50,000 square miles; despite billions of dollars of U.S. and international aid invested into Somalia’s government, the president and prime minister in Mogadishu control only around 50,000 square feet. (For those interested, Mark Bradbury wrote the definitive history of Somalilandand its reemergence as an entity a decade ago).

Symonds supposedly visited Somaliland last year with her friend, a campaigner against female genital mutilation. That’s a noble cause, one which Somaliland’s former foreign minister (Mrs.) Edna Adan has long championed. Edna’s hospital, built over a former killing field, now attracts women and children from across Eastern Africa. During my first visit to Somaliland, public service billboards sought to educate the population both on the risks of female genital mutilation and the fact that there was no religious basis to the practice.

Symonds reportedly was heading to an environmental conference in the United States when consular officials nixed her trip. Somaliland also happens to be a regional environmental leader, at the helm against both charcoaling and smuggling of wildlife such as cheetahs and tortoises. (Somaliland’s environment minister also happens to be a woman, as the region implements equality rather than simply treating a commitment to feminism as a rhetorical tool to trot out for credulous Western diplomats).

Somaliland is also pro-Western in its outlook. The Abaarso School has taken children, including orphans, from around Somaliland and Somalia and offered them an American-style curriculum. Many of its graduates now attend elite universities in the United States and Great Britain, and are returning to rebuild Somaliland’s institutions (Abaarso founder Jonathan Starr has written a great memoir of the school’s founding and rise). While Russia and China covet Somaliland’s strategic location and resources, the Somaliland government has sought closer ties with the United States.

Why then would the State Department deny a visa to partner of the prime minister of America’s closest ally just for having visited Somaliland? The answer lies first in former Secretary of State Hillary Clinton’s decision to vest all sovereignty in Somalia and Somaliland under the so-called Federal Government of Somalia. Clinton made the move against the backdrop of the Benghazi tragedy, as she sought to be able to show diplomatic progress elsewhere in Africa.

In effect, and with a wave of a magic diplomatic wand, Clinton sought to erase decades of self-governance, favoring a largely appointed and corrupt Mogadishu over Somaliland’s own popularly elected government. As with many diplomatic initiatives, when not grounded in reality, they have little effect. Somaliland continues to have its own president and parliament, its own armed forces, it trades in its own currency, and it boasts its own cellular phone network. While Somalia is a haven for terrorists and is too dangerous for even most Somalis to walk around without security, and while it remains the world’s most corrupt country, Somaliland remains peaceful and a place international companies like Coca Cola choose for commerce. While Somalia’s President Mohamed Abdullahi Mohamed (“Farmajo”) claims broad authority, no Somali president has stepped foot in Somaliland for decades.

It’s time to do the right thing. The State Department does not want to (re-)recognize Somaliland’s independence but, even absent such recognition, it could first open a consulate or shadow diplomatic office in Somaliland, much like those which exist in Iraqi Kurdistan and Taiwan and, then, remove Somaliland from the travel ban. To continue to consider Somaliland and Somalia one and the same, however, is pure idiocy, and one that as the Carrie Symonds saga demonstrates, compounds the hemorrhaging of America’s diplomatic reputation.