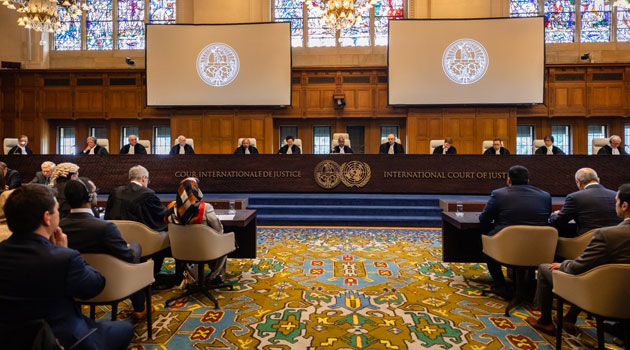 The International Court of Justice (ICJ) has postponed oral hearings in the Somalia Maritime dispute to June 2020, following a request by the Kenyan government.

A communication issued by The Hague-based court on Thursday however, warned that there will be no further postponement of the matter.

“The court has duly considered the views and arguments of Parties regarding Kenya’s request,” the court’s Registrar Philippe Gautier said, “it has decided to postpone the oral proceedings to the week beginning on Monday 8 June 2020.”

Kenya’s Attorney General Kihara Kariuki had sought the postponement on grounds that the government was recruiting a defense team.

The High Court in Nairobi is yet to rule on a case by activists seeking to bar Kenya from taking part in the proceedings.

Last month, David Matsanga, the Chairperson of the Pan African Forum, filed a petition in the court seeking orders to have the presiding judge in the case, Abdulqawi Ahmed Yusuf, to recuse himself over alleged conflict of interest.

In his application, Matsanga wants the judge cited for subjudice for allegedly commenting about the Kenya-Somalia case outside court and conflict of interest because he is a Somali national.
Matsanga said in his suit papers that he is apprehensive of a ‘risk of an unbalanced and a biased outcome’ in the case.

“We have interest in the Kenya/Somali case as regional natives of the East and the Horn of Africa,” he said, “As a Somali national, his heart falls near Somali.”

Somalia filed the boundary delimitation dispute on August 28, 2014, staking a claim on an estimated 62,000 square miles oil-rich triangle in the Indian Ocean.

Mogadishu’s case is premised on Article 15 of the Convention of the Law of Sea adopted in 1982, Kenya saying the disputed area was in fact under its jurisdiction before the convention was enacted.