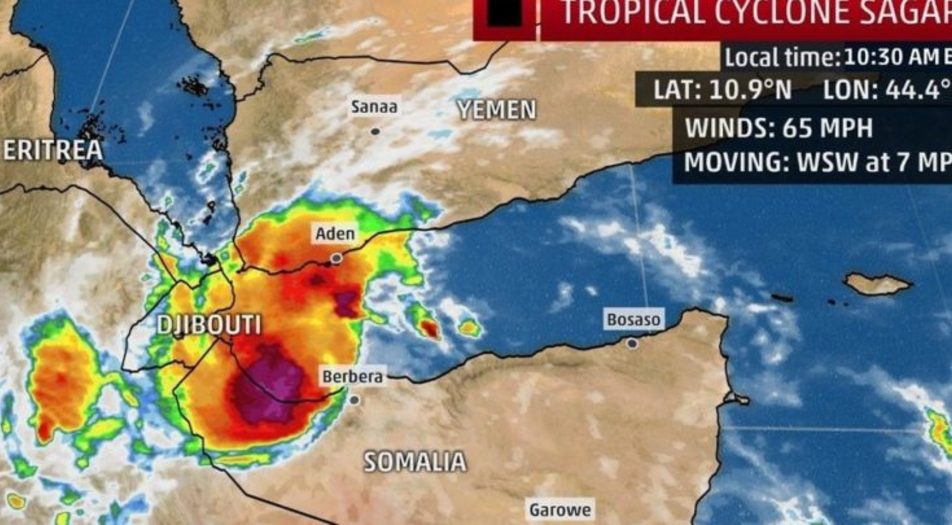 The United Nations food agency on Tuesday warned against imminent tropical storm heading to northern Somalia, more than a year after tropical cyclone caused massive destruction in the Horn of Africa nation.

The forecast by the Food and Agriculture Organization of the United Nations (FAO)- managed Somalia Water and Land Information Management (SWALIM) said the tropical storm dubbed Kyarr is expected to cause strong winds and some rains across Somalia’s regional states of Puntland and Somaliland.

“A tropical storm named KYARR has been developing in the northern Indian Ocean and is expected to affect most parts of Puntland and Somaliland in the next 4 to 5 days,” says the alert.

The UN food agency said the storm is expected to affect the coastal areas of Puntland in the next 96 hours and spread further inland towards Somaliland and the central areas within 24 hours.

It said strong winds accompanied with light to moderate rains will, therefore, be experienced in areas situated along the storm path.

“Therefore, it is advisable to take the necessary precautions since the strong winds associated with the tropical storm might lead to the destruction of weak structures,” said FAO.

It said the cyclone is going to affect the Puntland shipping line thus disrupting water transport in that area, noting that flash floods may also occur in some areas.

The latest forecast comes after a powerful tropical cyclone Sagar with winds in excess of 120 km/per hour and an entire year’s worth of rain hit northern Somalia in June 2018, killing more than 50 people and affected over 230,000 others, according to the UN.