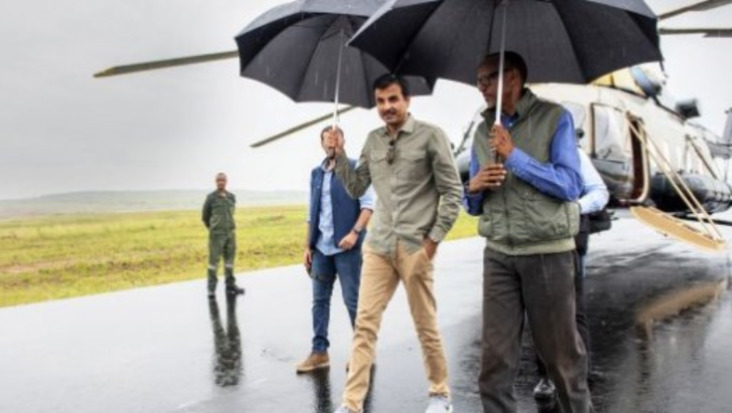 As Rwandan leader Paul Kagame landed in Qatar on 28 October to attend an event dedicated to new technologies, his Kenyan counterpart, Uhuru Kenyatta, travelled to the “Davos in the Desert” in Saudi Arabia.

The two rival Arab countries were using the opportunity to strengthen their diplomatic and economic relations in East Africa, a region that is strategic for both.

On the occasion of the third Future Investment Initiative (IFI), known as the “Davos of the Desert”, Kenyan President Uhuru Kenyatta visited Saudi Arabia where he met with King Salman Ibn Abdelaziz Al Saud and others.

Other African heads of state such as the Nigerian Muhammadu Buhari and the President of Niger Mahamadou Issoufou were also in attendance, but Saudi ambitions appear more focused on the East of the continent.

Diplomatic relations between Nairobi and Riyadh are not new. Given the ruler’s august age, and the fact that Prince Mohammed Ben Salmane more or less assumes the role of head of state, might the meeting between the first and Kenyatta have been merely symbolic?

But on 29 October, Kenya issued a statement explaining that the Saudi Fund for Development (SFD) had promised to invest in support of the so-called “Big Four” national policy, based on health coverage, social housing, industrialisation, and food security.

At the same time, Rwandan President Paul Kagame travelled to another Gulf country, Qatar. He was in Doha for the fifth Qitcom (Qatar Information Technology Conference and Exhibition), an event dedicated to new information and communication technologies.

Kagame had already been in Doha in November 2018 and had hosted the Emir of Qatar last April.

Kigali is trying to establish itself as a technology hub for Africa.

Kagame, who reputedly has common interests with Amir Sheikh Tamim ben Hamad Al-Thani, was pleased to recall that both his country and Qatar were in the top 10 countries “with the most responsive governments to change”, according to a 2019 World Economic Forum report.

There is no evidence that discussions on the agri-food sector took place on the margins of either meeting.

But the topic remains of great interest to the arid countries of the Gulf, among the leading nations concerned by the problem of food security.

Analysts note how much more active Qatar has been to ensure a food supply through foreign investment since the Saudi and Emirates “blockade” began in 2017.

The rich countries of the Gulf are developing their diplomatic relations with many capitals in East Africa. Addis Ababa, in particular, which hosts the headquarters of the African Union, is very popular.

Regular visits have witnessed the growing involvement of the major Arab countries in East African issues such as the sharing of the waters of the Nile or peace between Ethiopia and Eritrea. The Gulf monarchies are keen to have the ears of the continent’s strong leaders.

The Kenyan and Rwandan governments will not be affected by the ongoing conflict between Saudi Arabia and the United Arab Emirates on the one hand and Qatar on the other.

But in the Horn of Africa, which shares the same sea as the Arabian Peninsula, more fragile states are facing much more difficult situations.

In 2017, the Somali government was outraged when it discovered a major Emirates investment in the port sector with the secessionist government of Somaliland, a territory to which it lays claim.

The Somaliland region, on the other hand, sees a large part of its agricultural production being shipped to the Gulf, and its society deeply influenced by Wahhabism, largely imported from Saudi Arabia.