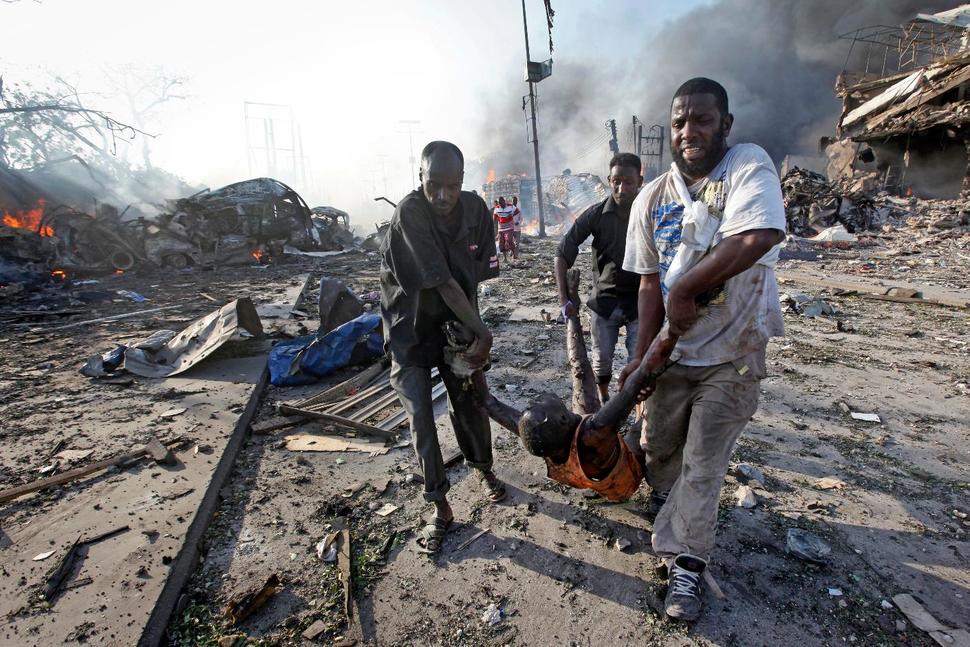 The panel of experts’ report to the Security Council, circulated Tuesday, said a significant escalation of U.S. airstrikes targeting al-Shabab militants and leaders has kept the al-Qaida-linked group “off-balance” but has had “little effect on its ability to launch regular asymmetric attacks throughout Somalia.”

The report said al-Shabab’s assault on Jan. 15 on a commercial business complex in Nairobi, Kenya, containing the DusitD2 Hotel “illustrates the danger the group continues to pose to regional peace and security.” That attack killed 21 people as well as four gunmen.

The experts also cited “an unprecedented number” of attacks across the Kenya-Somalia border by al-Shabab in June and July, “possibly in an effort to exploit strained relations between the two countries.”

The panel, which monitors sanctions against Somalia, also reported on the arrest last Dec. 17 of a Somali national linked to the Islamic State extremist group in Bari, Italy, in connection with a planned attack on the Vatican and other targets to coincide with Christmas celebrations.

The experts said the plot by Omar Moshin Ibrahim, also known as Anas Khalil, to plant a bomb in St. Peter’s Basilica in Rome on Christmas Day “was rudimentary and had little chance of success.” Intercepted communications indicated Ibrahim devised the plan on his own and was not directly tasked by Islamic State operatives outside the country, the panel said.

Still, the Vatican plan was the first instance in which Islamic State elements in Somalia “were directly linked to an attempted terrorist attack outside the country,” it said.

After three decades of civil war, extremist attacks and famine, Somalia established a functioning transitional government in 2012 and has since been working to rebuild stability. But U.N. Secretary-General Antonio Guterres has said it must still tackle violent extremism, terrorism, armed conflict, political instability and corruption.

The panel stressed that while an African Union peacekeeping mission and the Somali army hold the majority of urban centers in Somalia, “al-Shabab maintains direct control or influence over vast swaths of the hinterland and is able to cut off main supply routes” and isolate government pockets.

The experts said that for the first time they obtained “definitive evidence that al-Shabab has been manufacturing home-made explosives since at least July 20, 2017,” based on post-blast analyses carried out by the U.S. Federal Bureau of Investigation. The data established that al-Shabab carried out at least 11 attacks with improvised explosive devices in Somalia using home-made explosives, they said.

“The manufacture of home-made explosives means that the group may now have access to far more readily available inputs for the construction of such devices,” they said.

The experts said al-Shabab’s infiltration of government institutions reached the office of Mogadishu’s mayor on July 24, when a female suicide bomber blew herself up and killed at least 10 people, including Mayor Abdirahman Omar Osman and three district commissioners.

Al-Shabab said afterward that its target had been the new U.N. envoy to Somalia, James Swan, who had left the office minutes earlier.

The experts said it later emerged that the suicide bomber had been employed at the office since May 2018 under an assumed identity. They said an accomplice, also employed in the office under a false name, was still being sought.

Mogadishu is experiencing a period of calm because of a number of efforts including the deployment of hundreds of undercover officers and surveillance cameras across the city, Yasin said. Further checkpoints have been set up in Mogadishu to help stop al-Shabab from smuggling in explosives and attackers.

The U.N. panel’s report said money is not a limiting factor for al-Shabab, saying its “taxation” of all aspects of Somalia’s economy “is undiminished, and has likely expanded.”

The experts cited preliminary evidence indicating al-Shabab has started taxing imports into the port of Mogadishu.

“The group also continues to take advantage of virtually unregulated mobile money and domestic banking services to collect and transfer revenues throughout the country,” the report said.