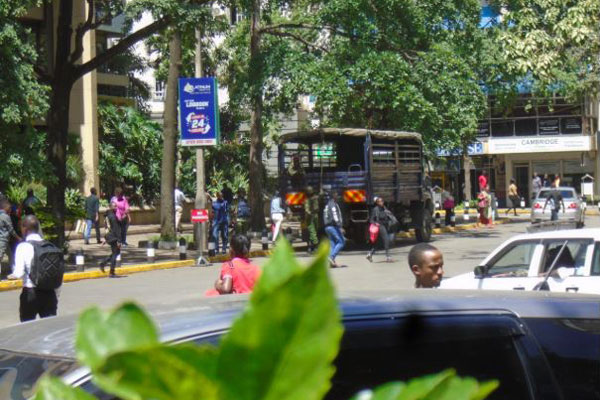 Security officers in Nairobi are on high alert after the killing of a top Iranian general in an American attack.

Early Saturday, there was a heavy presence of GSU officers and regular police patrolling the capital’s streets.

At the Hilton Hotel, located in the city’s central business district, at least 50 multi-agency officers could be seen around the area.

A truck loaded with police officers and two Land Rover vehicles filled with GSU officers were parked between the hotel and the International Life House.

A GSU officer at the scene, who declined to be named because he is not authorised to speak to the press, told the Nation that security has been beefed up at key American installations in the country.

As the festive season draws to an end, security level was expected to be downgraded but the escalation of Iran-US hostilities now means the decision has to be reconsidered as it is feared Iran could attack American interests in other countries.

At popular relaxation spots in the city, police patrolled and no citizen was allowed to idle there.

The public has lauded the police for intensifying their efforts before and after the Christmas and the New Year period.