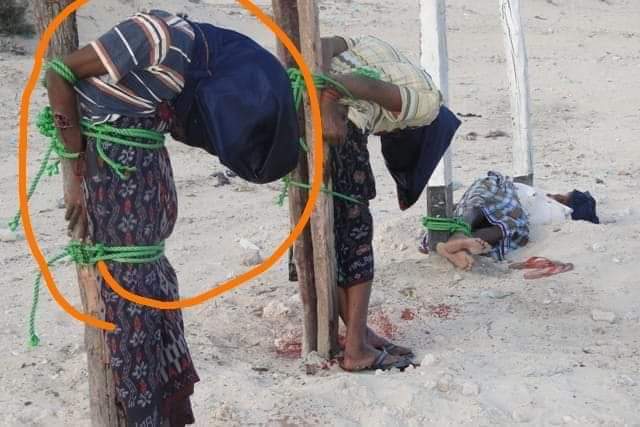 The Republic of Somaliland security forces have on Wednesday executed six inmates who had exhausted all appeals to stay the execution commute it or reverse it altogether.

The six men killed were transported from Hargeisa central penitentiary to the largest prison and training facilities in Mandera for this purpose.

According to a statement the prosecution released of the execution, the executed were all previously convicted of deliberate killings. The details of their crimes were listed as below:

The letter from the Attorney-General’s office omitted, however, when each of the crimes was committed and where – perhaps intentionally as at least some of those killed today were in jail for more than 10 years which certainly raises a few eyebrows. 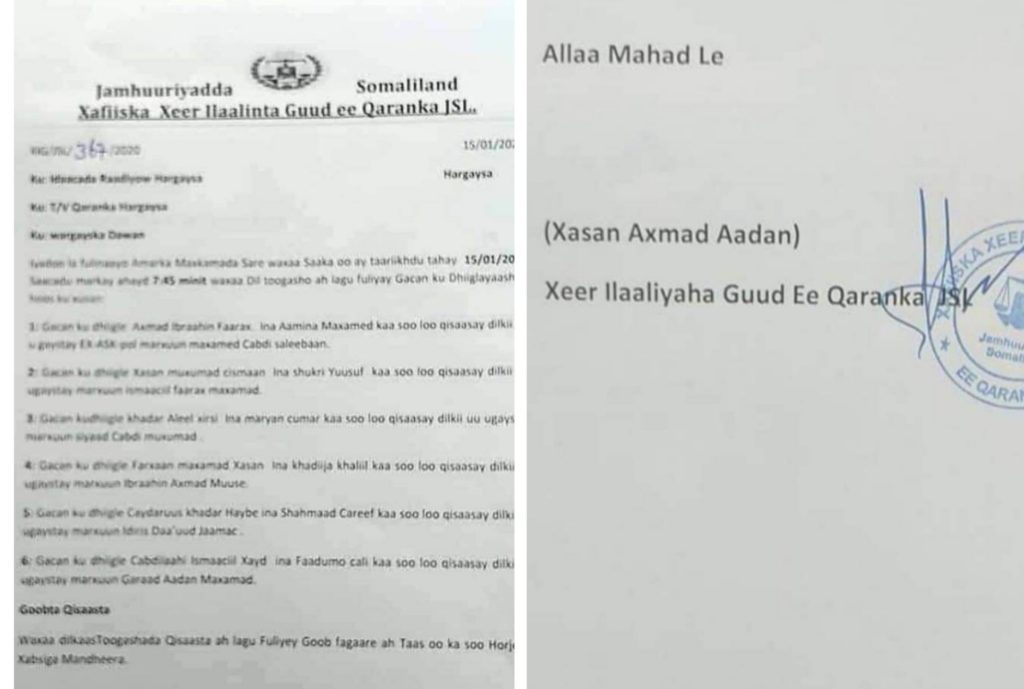 The execution, by firing squad, was carried out at Mandhera prison some 106 kilometres east of the capital Hargeisa and approximately a 2-hour drive distant.

The executions were carried in accordance with Ayah (verse)  179 of Sura Al Baqra (The Cow) which obligates that those deliberately kill others should be killed for their crimes so to save the living, saying there was life in the justice meted. 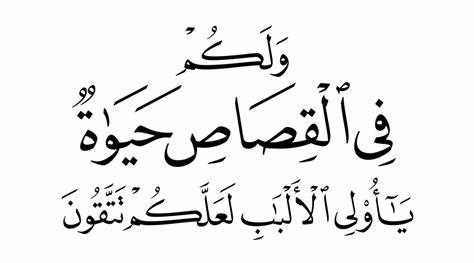 “..And there is for you in legal retribution [saving of life], O you [people of] Understanding that you may become righteous..” (Saheeh international translation.)

In other words, if a killer is not made to pay his action with his life a string of revenge or tribal killings will follow.  Innocent relatives will pay for the criminal’s action. Even worse, as in the Somaliland case, killers will have no qualm of their deeds confident that they were protected by the international community of retribution leaving bereaved families despaired of justice.

The execution is the first implemented by the incumbent since it came to power in late 2017 and the second since April 2015 when another six – two of them mother and son – were executed for similar crimes.

It’s worth noting that one of those allegedly executed is this man which video of him pleading for support to fundriase mag ( a conpensation that equals 100 camels of the blood of a person that he regrets killing) circulated on SM. He wanted to met his 1yr old daughter pic.twitter.com/kjpVVsUmy1

The execution did not go without its cons and pros.

The EU ambassador to Somalia/Somaliland, Nicolas Berlinga, was quick to underline how he thought economic woes were somehow linked to executions or the absence of which observation, expectedly, drawing some biting barbs – and support, too, on Twitter.

Security, elections, debt relief, rule of law, development… we all know the number of challenges to overcome. The EU holds a strong and principled position against the death penalty in all circumstances and for all cases https://t.co/nsMLtAfPXP

Since the EU does not recognise #Somaliland as a full sovereign state, I personally do not see why Somaliland should take a lecture from the European Union. I encourage you, Mr Ambassador, to stick to Somalia rather than interfering with the Republic of Somaliland.

Because we have a dictator and war criminal who believes that death sentences frighten citizens and they will stop demanding parliamentary elections. pic.twitter.com/8Xzqb14qwT

At least one of them pointed out that the international community – of which the EU is a leading member – looked the other way when Villa Somalia, Mogadishu, ordered similar executions on a weekly routine if not on a daily basis, more often than not.

I hope that you do realise that the Federal government of Somalia which you guys hold by their hands year in and year out carries out executions. Yet this is the first time I heard you commenting on these matters of execution in this region.

Another tweeted ‘This man lives in Mogadishu’ – meaning Ambassador Berlinga.

This man lives in Muqdisho pic.twitter.com/1kvdsXcmDo

It's upto you. If its is ur principle to position against death penalty, it is our religious and constitutional principles to execute death penalty for those who deliberately kill other human while they are mentaly and physicaly fit. Above all this country is ours not yours.