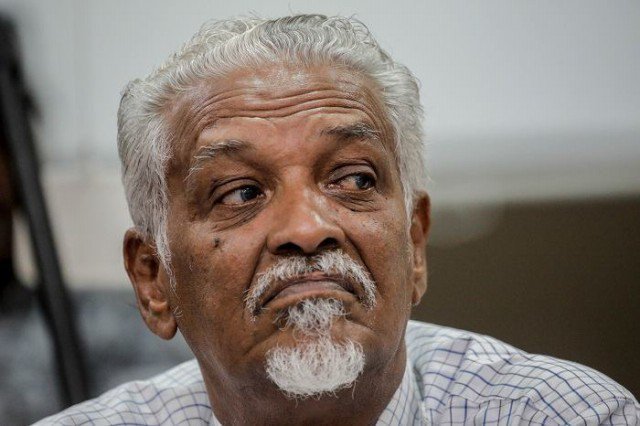 Rumours are surfacing that the flamboyant, ex-career army officer of Somalia, Ahmed Elmi Osman ‘Karaash’, currently serving as the Vice President of the Federal Somalia State of Puntland, is looking for wider support to hold on to his position.

Reports have established that the oft-strained relationship between him and his superior, President Saeed Abdullahi, have come to a head-on collision these past few weeks.

According to reliable sources, the latest manifestation of the tiff between the two highest officials of the federal state appeared when the VP did not appear at the ministerial council meeting on Thursday.

Reports stated that President Deni stopped the VP from attending.

Likewise, sources said, the President asked government banks not to honour the VP-signed government checks unless they were for own accounts.

The commanders of the army and the security forces were, also, told not to take direct orders from the VP since the President was present and active.

The President, it is reported has not been happy with Mr Karaash largely due to the absence of any influence on Sool residents, where he comes from, dereliction of state duties due to an unhealthy devotion to side, ‘personal diversions’.

To, reportedly, garner greater support from his kin on the Somaliland side of the border with Puntland in the Sool region, the VP gathered a few of his cronies around him to sneak into Somaliland areas on Wednesday.

With him, in a meeting he held with elders and residents in the small, Hadhwanaag village, was a man Somaliland holds for war crimes, the ‘Hargeisa Butcher, General Mohamed Saeed Hersi ‘Morgan’. General Morgan, a powerful Governor and a Division Commander of the 26th army division in the late ’80s under the ousted military regime of the brutal military dictator – his father-in-law, General Siad Barre, is accused of authoring the ‘Letter of death’ upon which widespread extrajudicial persecutions and ethnic cleansing of Somaliland citizens were based. Somaliland lost more than 50 000 civilians to persecutions which precipitated the flight of more than 300 000  more fleeing to Ethiopia for refuge.