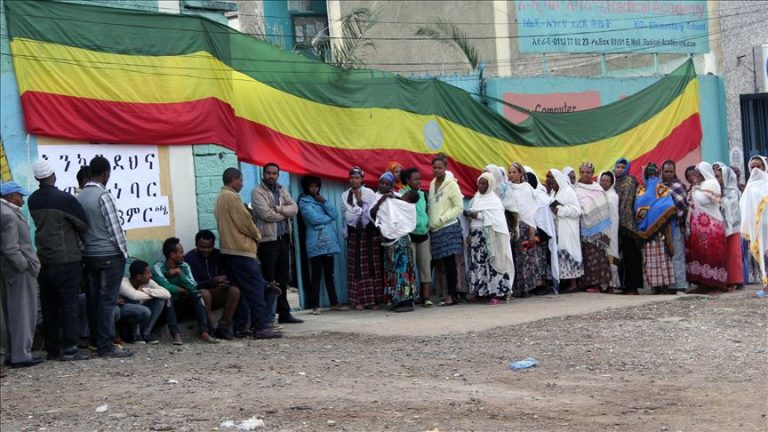 PM Abiy Ahmed, upon coming to power in April 2018, promised to hold democratic, credible polls with a clear timeline

The much-anticipated announcement of voting day for the 2020 elections in Ethiopia came just on Wednesday – it is tentatively proposed for Aug. 16.

The stakes are high, and controversy has already begun over the timetable, which the National Electoral Board of Ethiopia (NEBE) has rolled out as part of an electoral calendar for 2020.

Security and seasonal considerations came up as major concerns expressed by leaders of political parties vying for seats in the coming elections.

“Ethiopia as a nation is not ready to hold general parliamentary elections,” said outspoken opposition politician Lidetu Ayalew of the Ethiopian Democratic Party.

He was referring to ongoing ethnic-based clashes over the past couple of years across the country that in recent months had made their way into universities where tens of students were killed in gang-like clashes between students grouped along ethnic lines.

There has also been unprecedented hostage taking of students, including female students from a university in the country’s southwest last week. The news, which was played down in national media, sent shockwaves across the nation. Little has emerged on the fate of the girls, who are rumored to also be victims of rape.

Further, a splinter faction of the Oromo Liberation Front (OLF) called Shane was reported to have been waging war in a southwestern area of Kelem Wollega in the Oromia region, and according to witnesses, a clash between OLF-Shane and government troops last week bordered on a serious battle for ground, not just a shootout of sorts.

“The current security situation in Ethiopia does not allow for the conduct of a credible election,” Lidetu said after attending the unveiling event of the electoral calendar by NEBE.

The ruling party – a former ruling coalition of four parties that recently morphed into a unified entity called the Prosperity Party (PP) – negated that idea of a security shortfall though.

According to the PP, the nation is prepared to embark on its sixth edition of parliamentary elections that come every five years and the government will work to ensure law and order across the nation.

“The government has the preparedness and the capacity to ensure security across the land,” it said.

OLF leader Dawud Ibsa was of a different opinion.

The OLF is a hitherto outlawed party that had waged an armed struggle against the now-defunct administration that ruled Ethiopia with an iron grip since 1991.

Soft-spoken but sharp with an ice-cold seriousness of purpose, Dawud — who returned to Ethiopia to embark on peaceful participation in the political life of the country after the coming to power of Africa’s youngest leader, Abiy Ahmed, in 2018 — presents seasonal reasons for objecting to the new electoral timetable just put out by the election board.

“August is a rainy season when rivers will bulge, making it difficult for people of the countryside to move about,” he said.

The election should be held in or before June — prior to the onset of the main rainy season, that is.

The Ethiopian Citizens for Social Justice Party (EZEMA), whose policies are diametrically opposite to those of the OLF, has joined the latter in expressing the same concern.

While the argument goes on, looking at it from the point of view of NEBE, the electoral timetable appears to be a willy-nilly necessity.

The Ethiopian Constitution stipulates that the next parliament should commence work in the first week of October.

“The election calendar we are rolling out was prepared in consideration of constitutional provisions,” said Birtukan Mideksa, head of NEBE.

The former opposition politician, who endured years of imprisonment in the pre-2018 era, Birtukan as head of NEBE seems to enjoy bi-partisan support.

Parties to look out for

The upcoming election promises to be a hotly contested one. That is if the government keeps its promise of making the process democratic.

Parties to look out for will be the Prosperity Party, a former four-party ruling coalition that just morphed into one unified entity by bringing many regionally active parties to the fold. Its predecessor was the Ethiopian Peoples’ Revolutionary Democratic Front (EPRDF), which ruled the country for nearly 28 years with an iron fist, and in a system head-over-heels corrupt.

The EPRDF was formed by guerrilla fighters who controlled the country after defeating the Derg regime of Col. Mengistu Haile Mariam in 1991.

The Tigray People’s Liberation Front (TPLF) led the coalition as a mover and shaker. Now it has distanced itself from the PP, and the status under which TPLF will vie in the upcoming election is yet to be made clear.

The party that promises to put up a fierce challenge to the PP is the OLF, a party with a huge mass base across Oromia, the most populous region in the country. It supports ethnic federalism.

EZEMA is also a party to reckon with in the upcoming election. It is led by the very well-known Berhanu Nega, whose coalition swept up Addis Ababa and other constituencies in the 2005 election – an election that remained in the minds of Ethiopia to be the most democratic, considering the process, but one that saw bloody post-election days.

The nation, bracing for a democratic election, should have in mind those days of violence.

Many politicians believe that the coming election offers Ethiopia one last chance to come out as a democratic country or fall back into tyrannical rule like past regimes or into disorder and mayhem.

The stakes, many agree, are high this time around.