Home Opinion/Analysis US, EU To Blame For Supporting a Dud President Like Farmajo 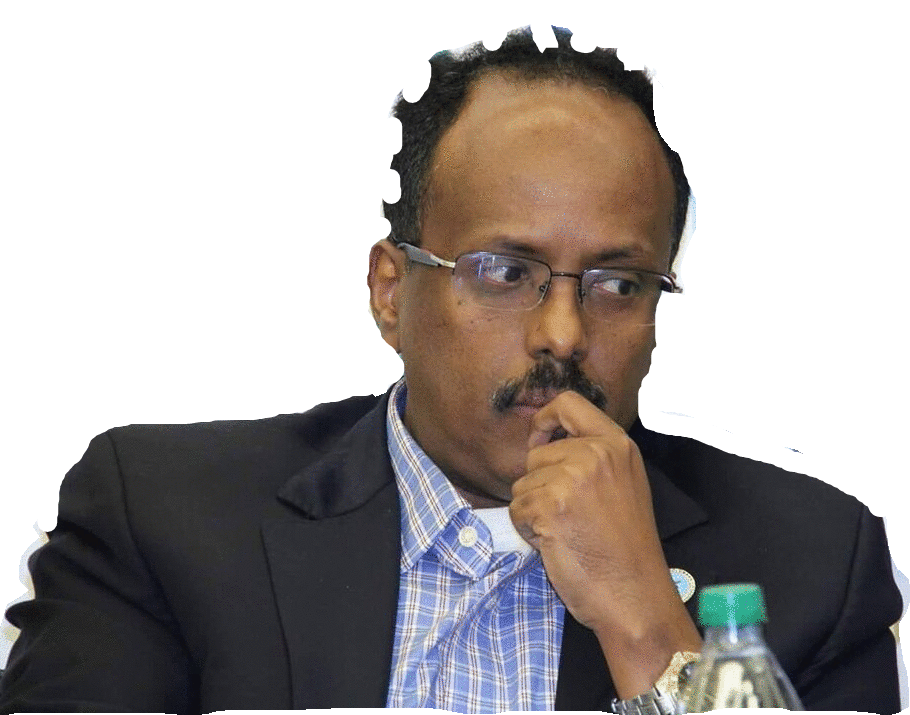 After 30 years of dictatorship and civil war, the Somali people pulled off a qualified consensus on forming a new state that is different from the obliterated one. The President of the Federal Republic of Somalia is vested with the awesome responsibility and authority to steer the formation of the new state. Successive elected presidents strived to some extent to fulfill their awesome responsibilities with the exception of President Mohamed Abdullahi Farmajo who strived to tear Somalia apart for good.

Early on, Somali people who enthusiastically welcomed the election of President Farmajo on February 8, 2017 was incredibly got by surprise by his quick turn to authoritarianism, kleptocracy, and opportunism, violating his oath of office to respect and protect the provisional constitution and democratic values, and disregarding his solemn commitment to bring together the Somali people torn apart by dictatorship and civil war. Instead, he exacerbated the division, distrust, and secession among Somalis.

From the get-go, President Farmajo repudiated the collaborative, participatory, and consultative governance arrangement between federal and state governments spelled out in the provisional constitution. He made the ousting of all leaders of the federal member states his single domestic policy issue for no other reason than his reelection bid in 2021.

By usurping the federal and state constitutions, he hijacked the elections of Hirshabelle, Southwest, and Galmudug states, while Jubbaland and Puntland states rebuffed his aggressive usurpation. Corruption, plums, sowing discord among local stakeholders, use of foreign and local forces trained and funded by U.S. and EU, and fraud elections have been used for ousting three state presidents replaced with loyal ones. Galmudug state has been with no government for 8 months without remorse and condemnation. Galmudug people are harmed.

U.S. and EU diplomats lead the international partners who play key role in the Somali politics, economic recovery, humanitarian, governance, and security. U.S. and EU assistance is heavily earmarked to promoting democracy, good governance, rule of law, and human rights and civil society. However, U.S. and EU diplomats remained complacent with the Federal government’s inexcusable human rights violations, abuses of power, persecution of opposition, corruption, and election frauds in Hirshabelle, Southwest, and Galmudug states and the destabilization interventions exerted against Jubbaland and Puntland states. It’s now public quotes that the elections rigged by the federal government are legitimate, while the elections not rigged by the federal government are illegitimate or disputed.

International Partners issued few joint statements expressing support and solicitation of performing list of priorities. Two of the priorities frequently mentioned are the resumption of the working relationship between the federal government and federal member states to restart the stalled state building process and to settle the framework for holding free and fair one person one vote political election in 2020/2021. The deadlock continues to this day with no solution in sight.

In defiance, president Farmajo continued bullishly not to tackle the priorities repeatedly raised but astonishingly he took pride on demolishing the democratic foundations of the Federal Republic of Somalia like degrading irreparably the federal parliament by eliminating the fundamental guarantee of checks and balances between federal parliament and executive branches. Free and fair federal election in 2020/2021 is an illusion. In addition, President Farmajo prohibited the officials of the federal government from responding responsibly and timely to the public and free media for complaints, questions, and information for government transparency and accountability that remained lip-service.

In honoring the sacrifices and support of the international forces and partners, Somali citizens persevered unspeakable abuses and violations by the federal government for three years. U.S. and EU diplomats didn’t shoot down quickly the insidious idea that President Farmajo is supreme leader free from the constraints of the rule of law while the opposition forces are angry destructive elements who have no legitimate responsibility, role, and voice in the Somali political decision-making process. This undercut the struggle for democratization and bolstered personal rule.

Recently, the federal government requested the Malaysian government to enforce excommunication and death threat Fatwa issued by group of religious leaders against Abdirahman Abdishakur Warsame, leader of Wadajir Party for political and personal reasons. This is prima facie of the dangerous mindset of President Farmajo’s regime willing and ready to use violence and abuses. There hasn’t been any public reaction from U.S. and EU diplomats.

Somali people knew the priorities of the diplomats from the authoritarian regimes, but they have been baffled by the priorities of the U.S. and EU diplomats who support president Farmajo despite his defiance against everything the two diplomats stand for in terms of democracy, free and fair elections, free media and free expression, and good governance. Federal parliament is passing legislations that do not meet the minimum standards for democratic legislation in terms of process and content.

Undeniably, the International partners failed to tell the truth about the real political, security, and economic situation existing in Somalia and most probably they contributed to the power grip of kleptocracy that undermined the war against terrorism, a functioning government, and the rule of law in Somalia. The story of Afghanistan is a great lesson for Somalia.

In December 2019, Washington Post published series of articles based on confidential interviews with government officials who had leading roles in Afghanistan War.  The interviews took place after 18 years of warfare that costed one trillion dollars, roughly 157,000 people killed, and hundreds of thousands of people wounded.

The headline of article was “Afghanistan papers: A Secret History of War — At War with Truth.” The upshot was that U.S. Presidents, cabinet members, diplomats, military commanders, and aid workers- did not tell the truth about the war in Afghanistan for 18 years.

In 2006, the speechwriters of former secretary of defense Donald Rumsfeld wrote impressive report titled “Afghanistan: 5 years later,” that described captivating achievements made in the past 5 years. But, US army colonel interviewed later said that “the Afghanistan government led by President Hamid Karzai had ‘self-organized into a kleptocracy by 2006 – and that US officials failed to recognize the lethal threat it posed to their strategy.” Unfortunately, after 20 years, the people of Afghanistan are not better off than they were before 2001.

January 12, 2020, the Ambassador of Federal Government of Somalia to the United States Ali Sharif Ahmed published in The National Interest Magazine a letter filled with misinformation and distortions under the title, “Is Somalia Poised for Economic Success? Mogadishu’s Debt may be the only thing preventing it from being prosperous in 2020.”

After 10 years of African Union peacekeeping force and billions of dollars of support, terrorist group Al Shabab killed more people in the last 3 years compare to the preceding 3 years. The group gained more influence and expanded their tax collection and dispute resolution among citizens in many parts of Somalia, including Mogadishu. They also succeeded in appointing their sleeper cells in government positions. They attacked hotel and check points near Villa Somalia where President Farmajo lives under the protection of African Union forces. Somalia is far from being prosperous in 2020. Former Minister described Mogadishu a “hell.”

Some observers strongly believe that U.S. and EU policymakers have changed their strategy towards Somalia in 2017 to secret strategy which completely diverged from the 8 years of peace and state building, respect of the rule of law, and good governance. The only billboard flying over Somalia in the past 3 years advertises “debt relief,” an issue used for political propaganda far from its specific legal, economic, and fiscal significance.

The expulsion of former Special Representative of the UN Secretary General after simply asking the federal government to explain the human rights violations committed during Southwest Presidential election represented a negative turning point for the human rights protection in Somalia. The expulsion based on flimsy reasons would not have been honored by the UN Secretary General had it not been most probably the pressure of the United States.

The steadfast support of U.S. and EU diplomats to President Formajo’s adventures marked by violence, abuses, and chaos was unwarranted and regrettable and has forced the opposition forces, the leaders of Jubbaland and Puntland, and others defrauded in Hirshabelle, Galmudug, and Southwest states to look for more assertive alternatives to regain their infringed political rights and dignity and to save Somalia from relapse. The situation of Somalia is dire and the buck stops with U.S and EU diplomats and their bosses for immediate change.