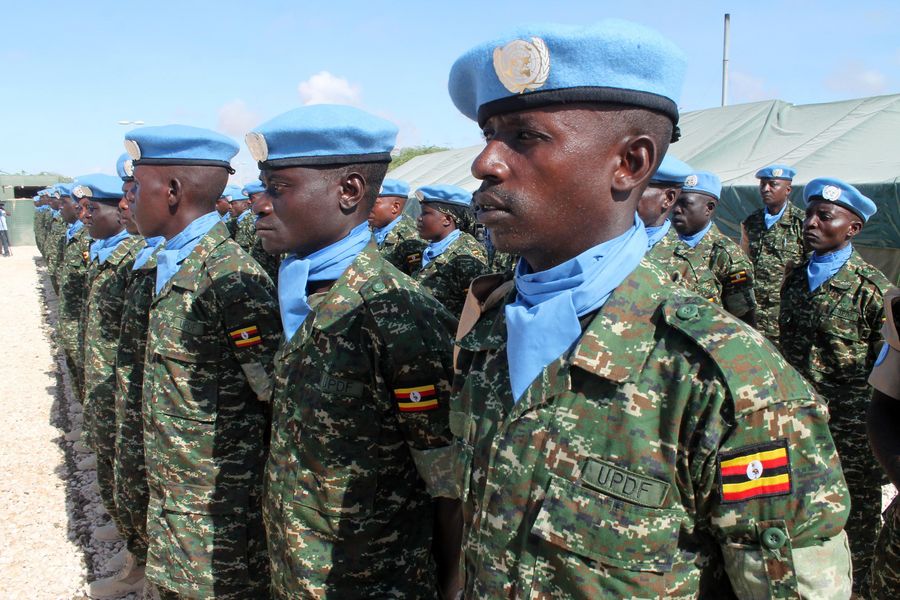 The Ugandan military will start the second phase of withdrawing its peacekeeping troops deployed in Somalia by the end of this month.

The Ugandan military on Sunday said it will start the second phase of withdrawing its peacekeeping troops deployed in Somalia by the end of this month.

Brig. Richard Karemire, military spokesman told Xinhua by telephone that the second-condition-based drawdown of it’s over 6,000 troops serving under the African Union Mission in Somalia (AMISOM) will take place by Feb. 28.

AMISOM military commanders late last month resolved to cut another additional 1,000 troops from the regional peacekeeping force in the Horn of African nation despite increased attacks from the al-Shabab militants.

“The numbers are yet to be decided upon and consultations continue. The drawdown (plan) in all fairness should be conditions based,” said Karemire.

According to AMISOM, as the number of troops is reduced, the Somali security forces take over the security responsibility of the country.

Uganda in 2017 withdrew 281 peacekeepers as part of condition-based drawdown of its over 6,000 troops deployed in Somalia.

The east African country provides the bulk of the AMISOM troops.