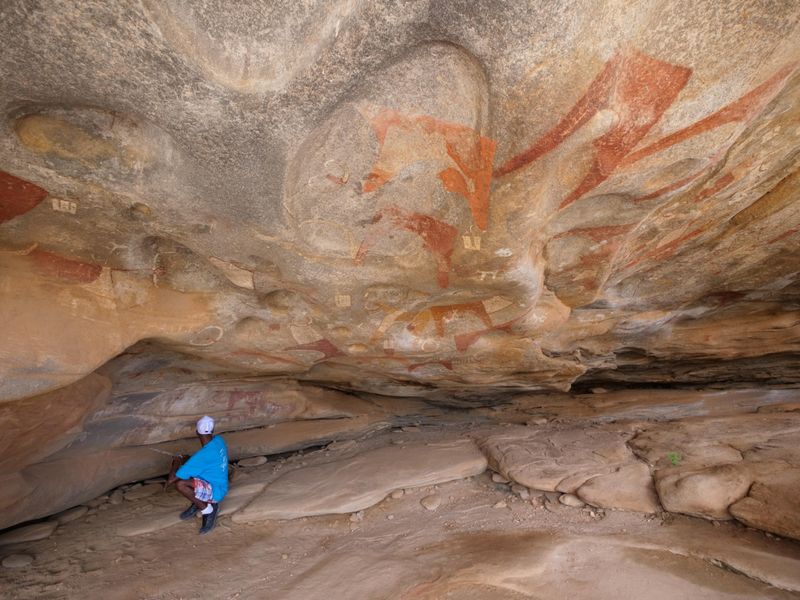 I can tell you that Somaliland is one of the safest places I have ever been to.

Cultures and civilisations in region are measured in millennia, not centuries.

Dubai: Selecting the best attractions of our region is a difficult proposition. From the coast of Mauritania to the mountains of Iran, and from the beaches of Turkey to the arid plains of Somalia, the region that is referred to as Middle East and North Africa (Mena), or simply the Middle East, is steeped in history. Cultures and civilisations here are measured in millennia, not centuries. While the list of sights and sounds to savour from this region is endless, these below are my picks:

The spiritual pull of Jerusalem is intense, and the Old City in particular is an assault on the senses. Leave out the mobile phones and the ugly, heavy-handed presence of the Israeli occupation soldiers, and you could be in the Middle Ages – the city has barely changed over the centuries. Divided into the Muslim, Christian, Jewish and Armenian quarters, Jerusalem oozes history from every nook and cranny, and is sacred to Muslims, Christians, and Jews. Palestinians are hanging on to hopes of getting East Jerusalem as the capital of a future Palestinian state. But as things stand, with the latest ‘peace plan’ from Washington, that is increasingly a remote prospect. I have not been to Jerusalem, and really want to. But I am loath to travel to this beautiful, multicultural city as long as it continues to be occupied by a regime with a racist ideology.

Perhaps the most fantastic and best known cultural treasures of the Middle East, the Pyramids of Giza are also the last remaining wonder of the ancient world. They have stood like mountains for the past 4,000 years, bearing witness to the extraordinary history of Egypt and the might of the Pharaohs who ruled it. The four must popular ones are the Great Pyramid of Khufu, the Pyramid of Khafre, the Pyramid of Menkaure and the Sphinx. Yes, this is a must-see-before-you-die type of attraction. I have had the good fortune to visit this historical wonder, and hope you do, too.

The hues of youth upon a brow of woe,

match me such marvel save in Eastern clime,

a rose-red city half as old as time.

While the pyramids may be a wonder of the ancient world, the superbly preserved ancient city of Petra was voted in 2007 as one of ‘new’ Seven Wonders of the World. The description of Petra as “a rose-red city half as old as time” is spot on. Jordan’s ancient Nabataean city was recognised as a World Heritage Site by Unesco in 1985 but became etched in the popular imagination after serving as the setting for the final scene of the 1989 movie Indiana Jones and the Last Crusade. The ruins of Petra have been preserved spectacularly partly because the city remained hidden to most of the world until the Swiss explorer Johann Ludwig Burckhardt “rediscovered” it in 1812. The trip to Petra is one of the most memorable ones I’ve undertaken.

Istanbul is one of the Middle East’s most magnetic cities, and it’s beating heart is the highly-touristy Sultanahmet district. Home to marvels such as the Blue Mosque, Hagia Sophia, and the Grand Bazaar, walking up and down Sultanahmet aimlessly is a pursuit in its own right. Many tourists confine their Istanbul visit almost exclusively to Sultanahmet, which is a shame. But it is understandable: the district has a wholly disproportionate number of attractions and also hotels, restaurants and shops. It is also a microcosm of Istanbul, and Turkey itself. I have been there four times, and will not mind a fifth visit.

Unfortunately, no one will be visiting Syria anytime soon. The horrific war in the country, which has become a sort of backdrop to my work in Gulf News, has claimed the lives of half a million people, and injured and displaced countless others. One other major impact has been the destruction of the millennia-old cultural heritage of Syria. Thankfully, one monument has survived unscathed: The great Ummayyad Mosque of Damascus. Built between AD705 and 715 by the Umayyad Caliph Al Walid, it is the earliest surviving stone mosque. Caliph Al Walid’s idea was to have an imposing and beautiful mosque in the heart of his new capital city. I visited Damascus five years before the start of the civil war, and I am so glad I did. When things one day settle down, this city and the Umayyad mosque must be on your list.

It was the grandeur of Maidan-e-Imam, or Imam Square that inspired the famous 16th-century half-rhyme Isfahan nafs-e-jahan (Isfahan is half the world). The Square is a UN World Heritage site – with good reason. Built in 1612, it is half a kilometre in length, the second biggest public square in the world after Beijing’s Tiananmen.

The entire complex is so huge, and full of activity, it looks like a mini city in itself. Walking around the square, minus the ubiquitous, dreary Paykan cars and the remaining telephone booths, you get a sense of having stepped back in time. The scene cannot be much different during the days of the mighty Shah Abbas (1587-1629), who built it. I was in Isfahan only for a day, more than a decade ago. Would definitely not mind going there again.

This natural wonder is the best place to be if you want to do absolutely nothing. Smudge yourself with the fantastic, cooling mud found on its shores (it has medicinal benefits too, apparently) and just lie down in the water. The famous levels of salinity in the Dead Sea will ensure that you will stay buoyant. This is so much fun that I will go out on a limb and say this: If you have only one day in Jordan, forget Petra, Jeraish and Aqaba, and head straight to the Dead Sea!

8) The fjords of Musandam, Oman

Think fjords, and you think Norway. Well, think again. They are right at your doorsteps! Musandam in Oman is one of the very few places in the world where you can find fjords. And the Musandam Peninsula has acquired the nickname ‘Norway of the Middle East’. This is a perfect and cheap day trip from Dubai. We opted for a tour aboard a traditionally decorated Omani dhow. Lunch is included, and you can dash out in small boats from the ‘mothership’ to the coast or engage in activities such as diving or kayaking. Along the way, you’re also likely to spot some dolphins.

About 40km outside Hargeisa, the capital of Somaliland, a self-declared independent republic that the international community and the government in Mogadishu consider a part of Somalia, lies Laas Geel. The complex of caves with ancient rock art is one of the least known and best preserved ancient marvel of the Middle East. The paintings cover an area of 10 rock caves, also known as ‘alcoves’. Stunning figurines depict wild animals such as giraffes, and decorated cattle, like cows and bullocks. It is believed the paintings, made in an erratic pattern, are the work of the herders who resided in these caves thousands of years ago. The paintings look like they were made a few hundred years ago, but are, in fact, between 5,000 and 7,000 years old. In the modern era, Somalia (and Somaliland) have been totally off the tourist map; as a result, there are few signs of any human damage in Laas Geel. I went there on a Somaliland government sponsored trip. I can tell you that Somaliland is one of the safest places I have ever been to.

Without a doubt, the Beirut Corniche is the best promenade in the Middle East. Sitting in a cafe along the corniche for a few hours and doing nothing but watching life go by is a treat. Anglers, skaters, noisy families, middle-aged joggers, hand-holding couples – you name it. The area between Pigeon Rocks to the St George Yacht Club Downtown is particularly interesting. Another option is to grab a fresh orange juice or watermelon slices topped with feta cheese from the street vendors, and walk down the length of the corniche. It is the most Beiruti thing to do!

Cappadocia is an other-worldy, quirky geological site in Anatolia. The rocky landscape is covered with a network of man-made caves, and living spaces. All of it dug out of the soft stone caves. There are tunnel complexes with multiple stories underground. Some of these caves serve as hotels, and staying there is quite an experience, I’ve heard. This place is definitely on the list the next time I am in Turkey.