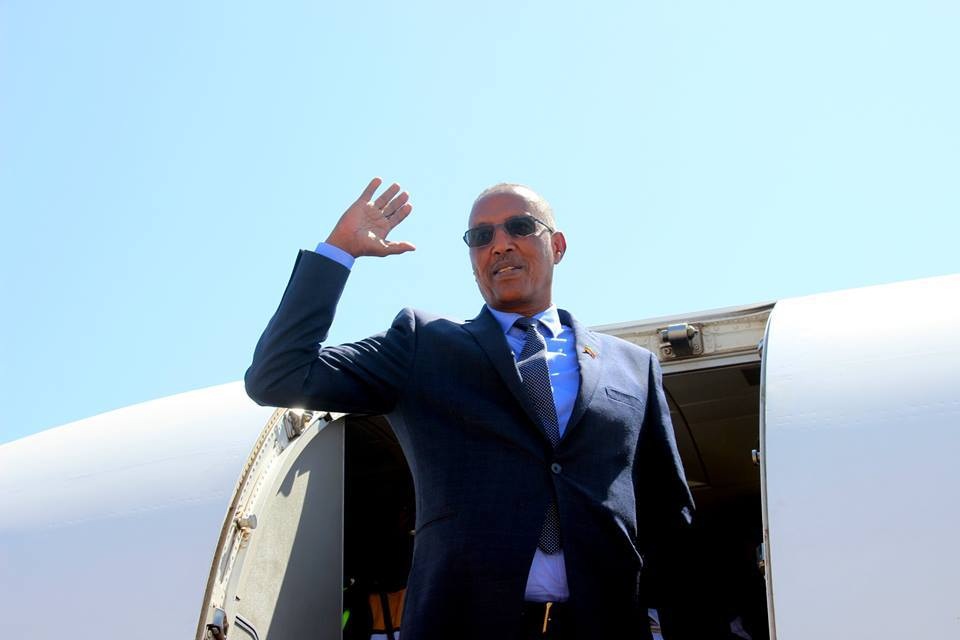 Internationally unrecognized nation of Somaliland is pressing on its push for self-determination at the African Union summit in Addis Ababa, Ethiopia.

Somaliland President Musa Bihi arrived in the Ethiopian capital where he is to meet several African leaders to discuss diplomatic and trade matters.

Somaliland government believes that for the rest of the world to accord it recognition, the African Union must lead the way.

The country has previously applied to be a member of the African Union, but this is yet to be discussed at length.

The African Union has come under increased pressure from the breakaway Somaliland Republic to be accorded recognition.

In 2006, an AU fact-finding mission to Somaliland had expressed the opinion that Somaliland had been made a “pariah region” by default and  strongly recommended the country’s recognition, saying that since its declaration of independence in 1991, Somaliland has been steadily laying the foundations of a democratic “modern state.”

“We will continue pushing for recognition by AU, but we will also engage African states individually to set up trade agreements and open opportunities for our people to work with different nations,” president Bihi has stated before.

Somaliland has been a self-governing region of Somalia for more than two decades, but its claim of independence is not recognized by Mogadishu or any foreign government.

While this has limited Somaliland’s access to international markets, it has not prevented the breakaway state from making steady democratic gains and attracting foreign investment.

The Somaliland government asserts that it meets most of the requirements of a sovereign democratic state: it holds free and fair elections, has its own currency and security forces, and issues its own passports.

A weak economy and limited opportunities for foreign trade and investment have stifled the government’s capacity to provide services to its approximately four million residents.

Somaliland has a gross domestic product (GDP) of about $2 billion, most of which it receives in remittances from Somalilanders working abroad.

Its main export is livestock, which it ships to neighbouring Djibouti and Ethiopia, as well as to Gulf states, such as Saudi Arabia and Oman. Its GDP per capita, in the hundreds of dollars, is one of the lowest in the world.

“These are the issues our leaders are going to share with other African leaders in Addis as we push for recognition,” an official of the ministry of foreign Affairs said.

“We are quite aware that should African leaders speak with one voice and give Somaliland recognition, the rest of the world will do so almost immediately,” the official added.

This year’s theme at the AU summit is “Silencing the Guns”, reflecting the continental body’s earlier aspirations to end conflicts and prevent genocide in Africa.