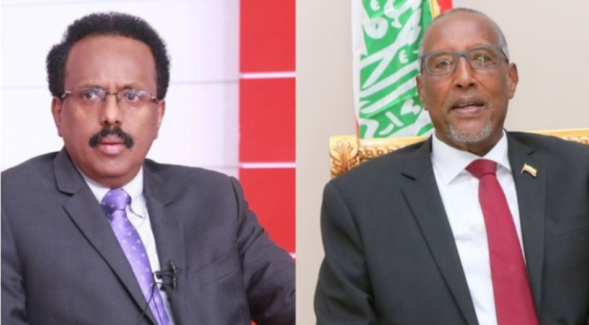 Hargeisa, Somaliland (Somtribune) — Reports surfacing of His Excellency President Musa Bihi Abdi of the Republic of Somaliland’s visit to neighbouring Ethiopia indicate that he and the President of the weak, UN-backed Federal Somalia, Mohamed Abdullahi Mohamed ‘Farmajo’, met behind closed doors on Tuesday.

BREAKING: Presidents of Somalia @M_Farmaajo and Somaliland @musebiihi held one-on-one meeting at Ethiopia PM’s office on Tuesday afternoon, source tells @voasomali. This is the first time the two men met since they came to office.

The meeting, as the reports go, was facilitated by the Prime Minister of Federal Ethiopia, Abiy Ahmed. 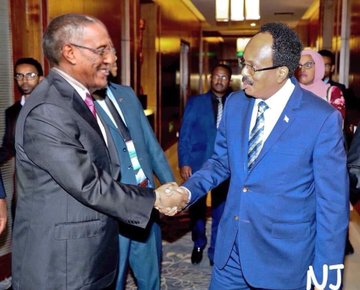 The two Somali leaders met face-to-face and alone at the Ethiopian PM’s office.

What Presidents Bihi and Farmajo talked about or whether there were any ground-breaking, soul-searching points agreed-upon is not yet clear.

None of the three leaders – the Host, Abiy, Bihi and Farmajo – has posted on either personal or official social media accounts regarding the meeting which makes one doubt whether there was one in the first place.

Talks between the two sides which started in 2012 under the patronage of the international community failed partially due to a Somalia-aligned Turkey commandeering leadership of the mediations, and especially after it failed to enforce or even take a stand at points agreed upon which Somalia unilaterally rescinded. The share of and management of the Somaliland/Somalia airspace was one.

The talks also failed because Somalia insisted on including Somaliland-born ‘politicians’ currently working for Somalia on its side which intentionally aimed to project the talks not as two separate entities coming together on their own free will in 1960 but, rather, a mother Somalia toying with a petulantly reneging, recalcitrant region of its own.

Farmajo’s latest nomination to the Somalia-side committee included at least three Somaliland-born members and a former son-in-law of the brutal military dictator who destroyed major Somaliland cities, wells, bridges, killed more than 50 000 Somalilanders, maimed and traumatized double that figure and caused the flight of more than 300 000 refugees to Ethiopia in the late 80s.’

President Farmajo had, time and again, made a point of rubbing salt on Somaliland 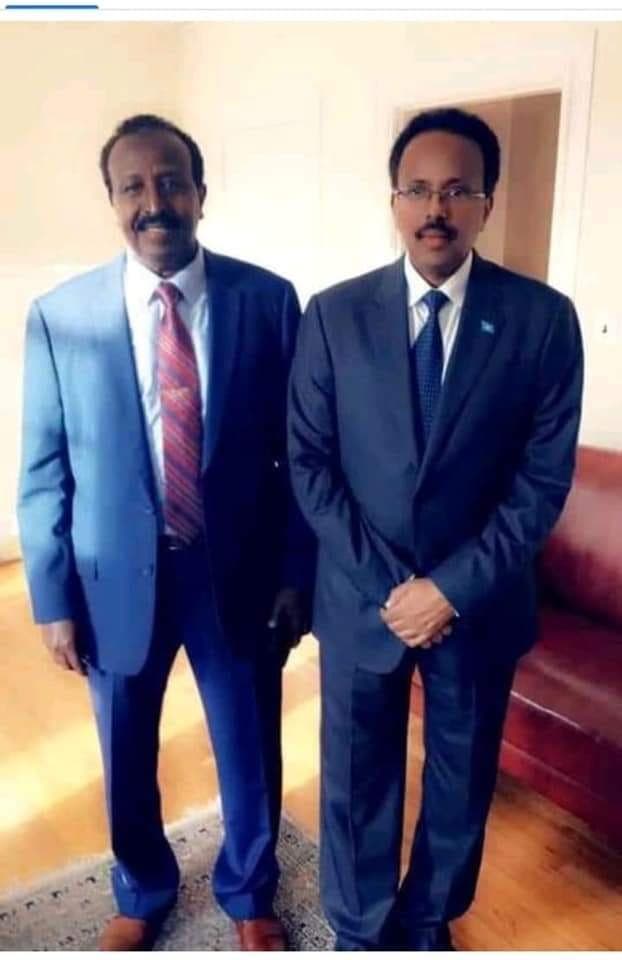 wounds by posing with known and convicted war criminals, such as Colonel Tukeh, or honouring them highly, hailing them as national heroes such as the late General Samatar and General Ahmed Suleiman Dafleh.

Farmajo, in a thesis he submitted to the Graduate School of the University of Buffalo, USA, in 2009, so belittles the undeniable role which the armed wing of oppressed Somalilanders, SNM, played in bringing down the might of the genocidal, military apparatus. He wrote:

When Barre ignored this element, the opposition armed itself as the insurgent Somali National Movement (SNM), its aim simply to overthrow the Barre regime.

In the same thesis, he also, claims that Siad Barre defeated the SNM – which was a blatant lie showing his support of his role model and uncle – at best.

Barre and his superior American weapons reacted by emphatically crushing the SNM movement.

He did not also spare the SSDF, playing up to the USC, instead, and justifying why the dictator fled.

Although Siad Barre successfully crushed two previous insurgent organizations (SNM and SSDF), the United Somali Congress (USC), formed in 1989, succeeded to topple the dictator already weakened and losing the support of his people as well as financial assistance from the U.S. and European countries.

The former Italian colony of Somalia and the British Somaliland Protectorate were held together in a legally unconsummated merger from 1960 to 1969 when the military dictator, Major-General Mohamed Siad Barre, took over the reins in a military coup d’état.

That the two presidents decided to sit together, albeit with some diplomatic knitting on the part of PM Abiy Ahmed, may somewhat thaw the frosty relations of the two sides which became more so since Farmajo took office in 2017., and the many attempts he made on blocking Somaliland development since then.

The professed talks between the two leaders did not strike a warm chord with Somalilanders. Far from it.

One of them tweeted:

Somaliland wanted always to talk but we don't want a genocide deniers as part of the negotiation team and on the other side of the table. secondly, we want a natural parties to lead the talks – that was our position from day one, and still is. #SOMALILAND #SOMALIA https://t.co/zffFpFZron

President Bihi arrival in Addis Ababa coincided with the beginning of the AU Summit. He was warmly welcomed at Bole International Airport on state protocol by the Ethiopian Minister of State for Foreign Affairs.