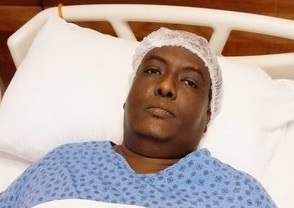 A surge in violent attacks, threats, harassment and intimidation of media workers is entrenching Somalia as one of the most dangerous places in the world to be a journalist, Amnesty International said today.

In a new report, , “We live in perpetual fear”, the organization documents dramatic deterioration in the right to freedom of expression and media freedom since President Mohamed Abdullahi ‘Farmajo’ took office in February 2017. Journalists contend with targeted attacks from both Al-Shabaab and government security forces, increased censorship and arbitrary arrests, forcing eight to flee the country.

From barely surviving explosive-wired cars, being shot, beaten up and arbitrarily arrested, journalists are working in horrifying conditions.

“This crackdown on the right to freedom of expression and media freedom is happening with impunity, the authorities hardly investigate or prosecute perpetrators of attacks on journalists.”

At least eight journalists have been killed in Somalia since President Farmajo took office. Five died in indiscriminate Al-Shabaab attacks, two were killed by unidentified attackers, and one was shot dead by a federal police officer.

Seventeen-year-old SBS TV cameraman Abdirirzak Qassim Iman was killed by a police bullet to his head on 26 July 2018, while returning from an assignment in Mogadishu’s Waberi district.

Unusually, the policeman, Abdullahi Nur Ahmed, was convicted of murder. He was sentenced in absentia to five years in prison and ordered to pay 100 camels as compensation to the journalist’s family. He is however hiding in Galmudug and continues to evade justice.

Two journalists, Mohamed Sahal Omar and Hodan Nalayeh, were among 26 people killed in an Al-Shabaab attack in a Kismayo hotel in July 2019. Awil Dahir Salad of Universal TV was killed in an Al-Shabaab car bomb attack in Mogadishu in December 2018. Freelance cameraman, Ali Nur Siyad, was killed in a truck bomb attack that killed more than 500 people in Mogadishu on 14 October 2017, while Abdullahi Osman Moalim died on 13 September 2017 from injuries sustained during a suicide bomb attack on a restaurant in Beledweyne, Hirshabelle state.

Ismail Sheikh Khalifa, a journalist with Kalsan TV and media rights activist, miraculously survived when his explosives-wired car blew up as he drove from the office on 4 December 2018. He is currently in Turkey nursing critical injuries.

Under siege on all fronts

Zakariye Mohamud Timaade, formerly with Universal TV, fled the country in June 2019 after being threatened by both Al-Shabaab and government security forces for two different stories he produced. Al-Shabaab were angered by his March 2019 report about capture of three of its members by national security forces and threatened him with death, saying he “would be killed before the three Al-Shabaab men were executed”.

Another story he did in May 2019 angered security officials because it showed Al-Shabaab were active in Mogadishu. He was summoned and interrogated then sent off with a stern warning to keep off “security issues”, but received several threatening calls forcing him to flee.

The biggest fear for me was from NISA (National Intelligence and Security Agency) … I knew they wanted to kill me. In Mogadishu, you can hide from Al-Shabaab, but you cannot hide from NISA; they could easily pick me from my office. I decided to leave.

“The biggest fear for me was from NISA (National Intelligence and Security Agency) … I knew they wanted to kill me. In Mogadishu, you can hide from Al-Shabaab, but you cannot hide from NISA; they could easily pick me from my office. I decided to leave,” he said.

Ali Adan Mumin, a reporter with Goobjoog Media, suffered appalling abuse leaving him with no choice but to take a break from work. He was arbitrarily arrested for a Facebook post in May 2019, his case was dismissed but was detained for a couple more days at the court’s direction, and his Facebook account permanently disabled.

Amnesty International also documented censorship and allegations of bribery of media outlets by the Somalia government. Officials at the Office of the President reportedly paid monthly bribes to some media owners and directors not to publish “unfavourable” stories.

One former media director said: “I used to get a phone call from the official at the Office of the President and would meet with him at a hotel and collect the cash from him. He never allowed to deposit the money in my bank account.”

The quest for a positive image has led the authorities in Somalia to embrace repressive tactics that fly in the face of international human rights standards. The authorities have an obligation to uphold the rights to freedom of expression, information, and media freedom.

Journalists interviewed said their editors ordered them not to write articles critical of the offices of the President and Prime Minister, or about insecurity, corruption, and human rights violations.

“The quest for a positive image has led the authorities in Somalia to embrace repressive tactics that fly in the face of international human rights standards. The authorities have an obligation to uphold the rights to freedom of expression, information, and media freedom,” said Deprose Muchena.

Rampant censorship has forced many journalists to turn to social media to express their opinions, but authorities have set up dedicated teams to monitor and report critical content.

Journalists said government officials often called and aggressively threatened them with dire consequences if they refused to remove critical content from their personal social media accounts.

One journalist was forced out of his job for supporting an opposition politician on his Facebook page. He refused to change his stance, despite coercion by Office of the President staffers, who even contacted one of his former college teachers to persuade him to abandon journalism altogether.

Facebook permanently disabled, 16 personal accounts, 13 of them belonging to journalists, between 2018 and 2019, reportedly for violating Facebook “Community Standards”.

Amnesty International also documented 16 Facebook accounts that had been permanently disabled, 13 of them belonging to journalists, between 2018 and 2019, reportedly for violating Facebook “Community Standards”.

“Facebook must ensure it is not manipulated by the Somalia authorities to undermine the right to freedom of expression, especially ahead of the elections later this year. They must strengthen due diligence when investigating purported abuses of the Community Standards,” said Deprose Muchena.

“President Farmajo must take immediate steps to ensure prompt, thorough, independent and effective investigations into myriad allegations of violations of human rights and media freedom. Those suspected to be responsible must be brought to justice in fair trials.”