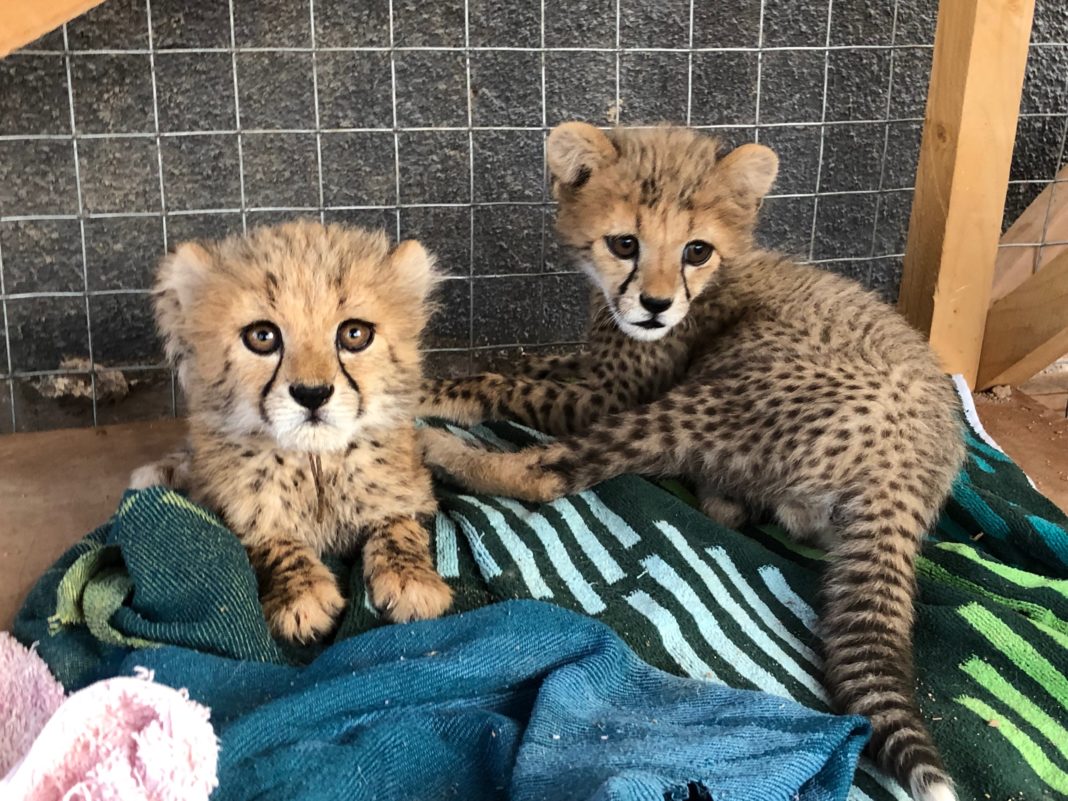 It is estimated that every year more than 300 young cheetahs are illegally snatched from Ethiopia, northern Kenya, Somalia and Somaliland.

Illegal wildlife trafficking is an ever-increasing problem for the conservation of species in the wild, and the trafficking of cheetahs is no exception. It is estimated that every year more than 300 young cheetahs are illegally snatched from Ethiopia, northern Kenya, Somalia and Somaliland, then smuggled out of Somaliland to be sent across the Gulf of Aden to the Arabian Peninsula where they are bought and sold in illegal online sales to the wealthy.

Most of these cubs are pulled from their mothers prematurely and kept in poor conditions with inadequate food and water. Less than 25% of these captured cheetah survive to the buyers. And those that do survive are often in poor health, with fractured bones, infections and malnutrition.

Of those that are sold, the average lifespan is only 5 years of age, and most die due to causes related to stress and malnutrition. With less than 7,500 cheetahs surviving in the wild, compiled with the low reproductive rates of wild cheetahs, these numbers are unsustainable. Experts estimate that, than in less than 10 years, the cheetah could be extinct in Northern Africa.

The Cheetah Conservation Center (CCF) led by Dr. Laurie Marker, along with the Somaliland government’s Ministry of Environment and Rural Development (MoERD), has been working since 2011 to set up a task force to help rescue confiscated cheetah cubs. Rescued cubs were initially sent out to sanctuaries in Ethiopia and Djibouti. After the laws changed in Somaliland, a cheetah sanctuary was started in the capital city of Hargeisa in 2017. Currently there are more than 45 cheetah cubs at the cheetah safe house, with more than 30 of those arriving in 2019. Most of the confiscated cubs come into the safe house in critical condition, including severe dehydration, injuries and infectious diseases and require intensive care. Needless to say, in-country resources for cheetah care are very limited.

Because of the scarce in-country resources, CCF contacted Dr. Margarita Woc Colburn to help assist with the cheetahs. Dr. Woc Colburn assisted with the care of these confiscated cheetahs by acting as one of the veterinary consultants, utilizing her cheetah expertise.

Overall, Nashville Zoo has been supporting the Somaliland-CCF cheetah efforts through donations of medications and equipment, but last September, the Zoo sent Dr. Woc Colburn to Somaliland to assist with the health assessment of 30 cheetahs.

She worked in conjunction with Laurie Marker and a South African veterinary team led by Dr. Peter Cadwell. During her time there, the team fully examined the cheetahs at the safe house, as well as evaluated and developed preventative care protocols and assisted in the training of local veterinarians. Based on the findings of the exams, improved nutrition and preventative medicine protocols were set in place. Dr. Woc Colburn continues to be a core veterinary consultant for the project.

Future plans include the building of a cheetah conservation center outside of Hargeisa, where the cheetahs will have room to roam and breed, as well as creating a main education center to help educate the public about cheetahs and how to stop illegal wildlife trade. Nashville Zoo continues to support these efforts by ongoing donations of medications and medical equipment, as well as allowing Dr. Woc Colburn to provide veterinary expertise via telecommunication consults with Somaliland.

This press release was produced by the Nashville Zoo.