His Excellency the President of the Republic of Somaliland, Musa Bihi Abdi, Sunday, made a televised appeal to the nation asking citizens to abide by clinical as well as preventive guidelines and measures – national and international – put forth by doctors through the national preparedness committee for COVID-19.

President Bihi announced that his government has launched a COVID-19 combat account to which his administration has checked the first 3 million US Dollars. 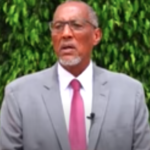 one, we have deducted what we could from government expenditure in the national budget to jumpstart the fund in the hope both national and international benefactors will contribute to it. We, especially, appeal to the business community some of who have already made their pledges known to us and the NPC,” he stated.

The President acknowledged that, the same as in developed countries, Somaliland cannot ask everybody to stay at home since the government cannot basic, family needs. He advised caution and self-discipline.

Speaking of government advisory statement on avoidance of congregational prayers at mosques to effect social distancing, the president reiterated the government stand.

“At a time pilgrimage to Mecca was stopped to prevent the massive spread of the deadly virus due to the nature of supplicant prayers which call for close proximity; at a time the Grand Mufti of the Haramain is asking all Muslims to pray at home during the Ramadhan Tarawih – and even the Eid if need be, it is only wise that we also pray at home and give a wide berth to places and events which call for large get-togethers,” he said.

The 'DO THIS..DO THAT' before one abides by the law is not only silly but outright sedition – and a crime. On Somali, it is nothing but 'Xin' – envy of another kind. The Sheikhs who say that it is not time to close mosques YET should be asked: Is it when 1000s die? https://t.co/mlSKtRV81F

Echoing debates and communicative exchanges of subscribers on social media platforms following clamorous opposition of religious clerics to this particular measure of the NPC, the President questioned the clerics’ strident calls for postponement.

“Should we stop going to mosques when tens, hundreds and thousands die and thousands more are felled by the virus?” he asked rhetorically.

The President called on both religious and academic scholars to take part in the awareness-raising activities reminding them that, as with everybody else, it was their civic duty to do so.

“Since all tertiary level and lower academic institutions are closed in order to prevent close contact of students and teachers with one another, we ask university and secondary schools students, particularly, to develop self-help schemes and to, for instance, tape part in activities to keep their neighbourhoods clean and informed,” he said.

President Bihi expressed gratitude to citizens, government personnel, medics, business people who have shown full compliance and solidarity in the face of the COVID-posed dangers. 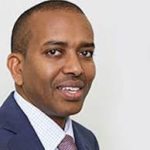 “My gratitude goes to Ismail Ahmed of WorldRemit who has contributed a million-Dollar worth of medical supplies to the government and a million more on supplies he let on the market at source cost price. That is a great help and we are grateful to him and his company,” he said.

President Bihi disclosed that talks with mild narcotics leaves (Khat) importers were underway and promising. 90% of the imports come from Ethiopia at a cost of about 200 million US Dollars a year.

“In the past, governments attempted to stop the import on different occasions – once during the British Protectorate era and once during the military regime. All attempts failed. To force a stop does not work, That is a lesson we have learnt. Consensus is the answer, and we are confident that, together with the importers, we will come to an understanding that will eliminate the many hands and many contacts the leaves make with handling humans all along the way from the farm to the sales vendors’ windows,” the President said.

On April 4 and 13, respecrively,, the Somaliland NPC released strict guidelines to curtail the spread of the virus and to, also, protect neighbours from it crossing over to either side of borders.

Unfortunately, the measures did not come off the ground as ordained due to, largely, government failure to enforce it as adequate plans were not put in place before the announcements were made public.

The measures included, among many more, the closure of borders with Ethiopia, Djibouti and Somalia. The measure was announced before all three concerned countries made theirs. To date, the borders are open on the Somaliland side but not on the others’.  Enforcement failed.

Another measure stipulated that, starting from the 15th, mosques will be closed to congregational prayers. The date came and went by without enforcement. Militant clerics won the day, and the government through its Minister of Endowment and Religious Affairs recapitulated in part. 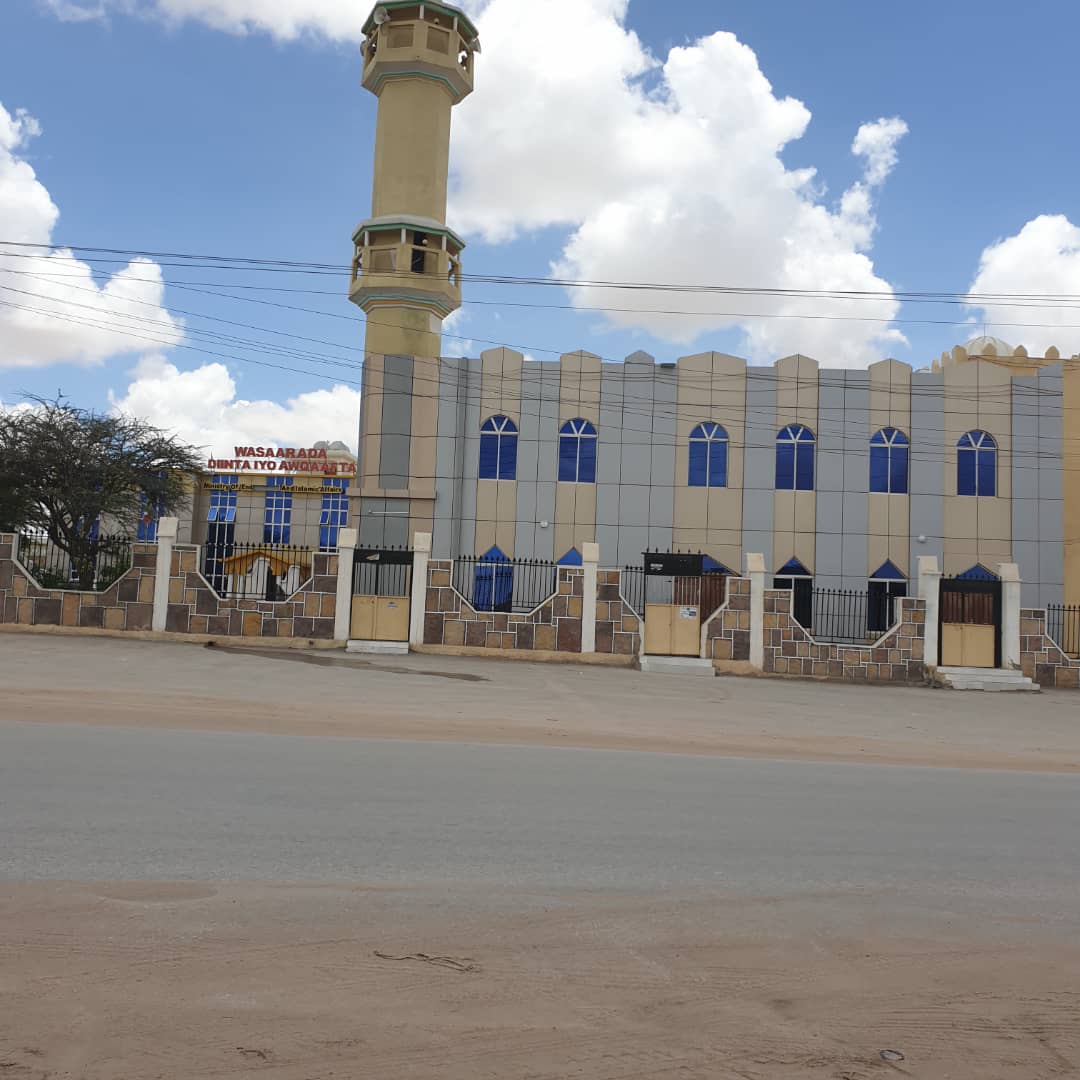 The only mosque which fully complied with the guideline, however, was the Ministry’s own (above).

Ironically, neighbouring Puntland state of Federal Somalia, has adopted the same measure following it up with state-like determination by using its security forces to force compliance. 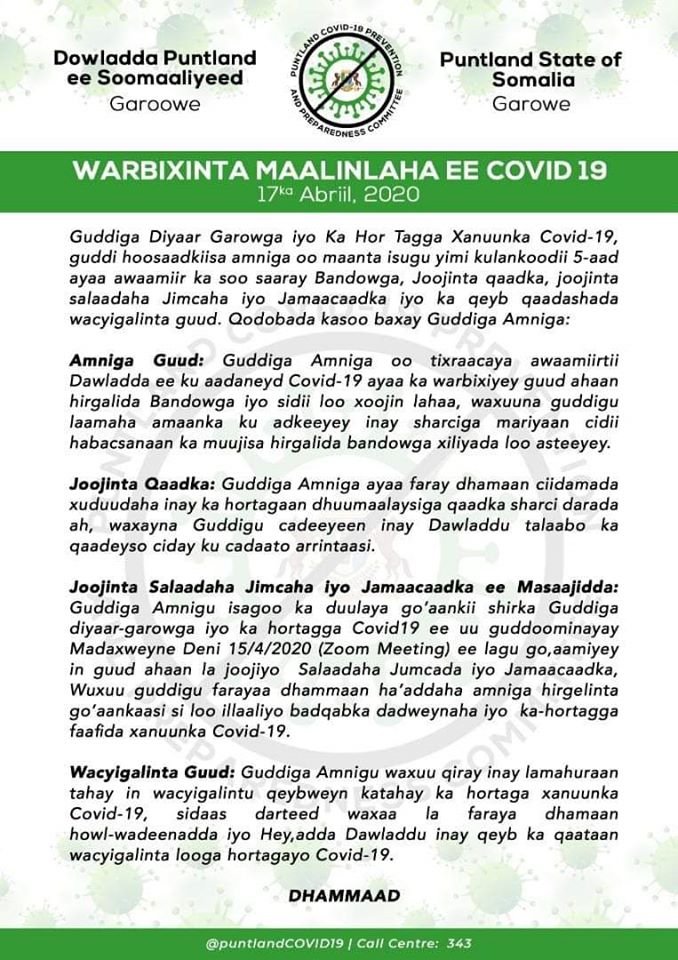 A third measure was the closure of all learning institutions. Schools complied. But, then, the whole measure was turned to a goldmine for Internet providers and local television stations to the detriment of thousands upon thousands of poor school children who could neither afford television sets, decoders, decoder monthly fees, or mobile handsets to follow televised/broadcasted lessons.

Even in Hargeisa, the capital itself, children whose families could not buy them the sets would beg friends to let them watch with them which necessitated the creation of surrogate classrooms placing children together at small cramped rooms – the very reason for the closure of classrooms in the first place. What is more, parents were asked to pay for the one or two televised lessons in full as if children were still getting the five to six lessons they were getting at schools.

The worst affected children are those who were in public schools, in villages, in remote areas and from indigent families.

Strangely enough, the government applauded and supported the private business-driven initiative without giving a second thought to the ramifications.

The government is responsible for public safety. Begging and law enforcement do not go together. A state cannot be a state without enforcing laws and looking out for the welfare of its public.

Secondly, the NPC must release daily updates to keep close contact with the public. It is not always necessary to hold press conferences. Written statements sent out to local media outlets suffices.

Use of both conventional and social media platforms must be maximized in these trying times.

Televised lessons must immediately stop even if ONLY ONE poor student is going to be left out. Policies should be state-driven not private sector initiatives designed to rake in more carpetbagger type of profits.

So far, only five COVID-19 cases have been officially confirmed in Somaliland whereas in neighbouring Somalia, Ethiopia and Djibouti the official tally stands at 135, 108 and 732 cases each, respectively.