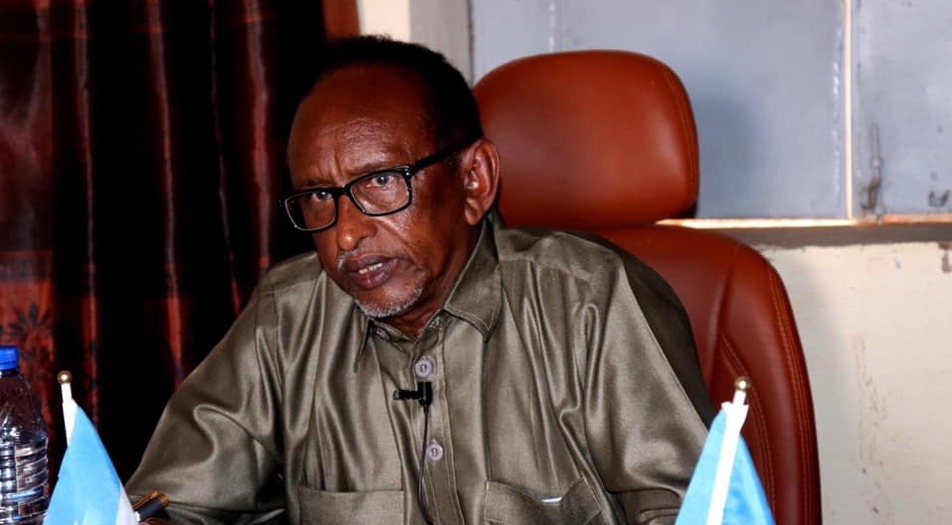 Puntland minister has succumbed to Coronavirus, the Federal State confirmed on Monday, amid escalating cases of the disease in the Horn of Africa country.

Ismail Diriye Gama-did, who was serving as minister for Agriculture, Environment and Climate Change died at a Mogadishu hospital after weeks of battling with the disease, which has infected a sizeable number of top state officials in Puntland.

A number of ministers and top advisors of President Said Abdullahi Deni had tested positive for COVID-19 and were among dozens of victims who were undergoing treatment in various health facilities.

Diriye was flown to Mogadishu last week where he has been receiving treatment until his demise, the Agriculture Ministry announced on Monday, adding that “his condition had drastically worsened”.

In a statement, Deni termed him a “diligent” minister who believed in “teamwork” and “deep consultation” within the cabinet. Diriye, he added “will be greatly missed by the Puntland people especially his colleagues”.

“He had done a wonderful job. It’s sad that we have lost him at the time the state needed him most. We send our condolences as a government to his family and friends across Somalia,” said Deni, adding that the state will carefully monitor his burial.

Coronavirus pandemic continues to ravage Somalia, a country with nearly a dysfunctional healthcare system, thus risking millions of lives. So far, a total of 1594 people have tested positive for COVID-19 according to statistics released by the health department.

Of this figure, 211 have been given a clean bill of health but 61 have since succumbed, the department said. Puntland is the third-worst affected region after Banadir and Somaliland, having recorded 163 cases so far.

Some of the high profile people who have succumbed to COVID-19 in Somalia include Khalif Mumin Tohow, a regional minister for justice in HirShabelle state, who died in April at Martini Hospital, the only known isolation, and treatment facility in Somalia.

Others include former Prime Minister Nur Adde, who died in London last month and legendary musician Ahmed Ismail Hussein, who also spent most of his adult life in the United Kingdom. Abdikani Mohamed Wa’ays, a former Somalia ambassador to the Arab League of Nations also died in Kuwait.

The death comes amid concerns that some of the donations meant for mitigation of COVID-19 had found their way to the black market of Mogadishu, but the claims could not be independently verified by the Garowe Online.

During Eld al Fitr gathering in Mogadishu on Saturday, former President Sharif Sheikh Ahmed, who served as president during the Transitional Goverment from 2009 to 2012, said some of the donations had been sighted within the streets, but did not give tangible evidence to substantiate the allegations.

“It seems that several medical aid donated by governments friendly to Somalia are not being used properly. Some of them have been seen in the market, that is not good,” said the firebrand politician, who has been at loggerheads with federal leader Mohamed Abdullahi Farmajo in recent months.

According to Ahmed, who was recently picked as the chairman of the Forum for National Parties [FNP], a conglomerate of six opposition parties, his office had received reports that the donations were being smuggled. However, he did not link any institution to the alleged scandal.

The federal government has been handling dispatched of the donations across all member states including secessionist Somaliland. The government is yet to issue a statement concerning the latest allegations.

Somalia’s shortage of medical supplies was widely discussed by the United Nations Security Council on Thursday, which called for well-wishers to come on board and help the fragile UN-backed administration help cushion thousands of vulnerable population.

Puntland has been receiving aid from the federal government, despite the fact that Deni and Farmajo have been having political wrangles. No clear date for burial has been given but due to strict Islamic culture, he might be laid to rest on Monday [today] or tomorrow.