The five ‘Presidents’ of the five federal members states of Somalia have scheduled a meeting among themselves without inviting the federal leaders in Mogadishu to it.

The meeting is to happen in Dhuusamarreeb of the Galmudug state on this Thursday, July 9.

In a press statement which the five federal member states’ presidents released Monday, they stated that the meeting will focus on a consultative deliberation on the ‘destiny’ – the future political layout of the country – and the recently passed federal law and the procedures established to hold parliamentary elections which included the allocation of seats and expected quotas set aside for women and Benadir region. Another area, according to the statement that the meeting is to cover relates to a call to another meeting with federal leaders as soon as can be scheduled to, ostensibly, discuss the outcome of this first meeting with the President and the Prime Minister.

President Farmajo relied heavily on Qoorqoor, Laftagareen and Waare to sway the balanace among the federal states to his manipulation but, it appear, that he has been slowly losing their full loyalty gradually in the past 18 months or so without him realizing which way the tide has ebbed. 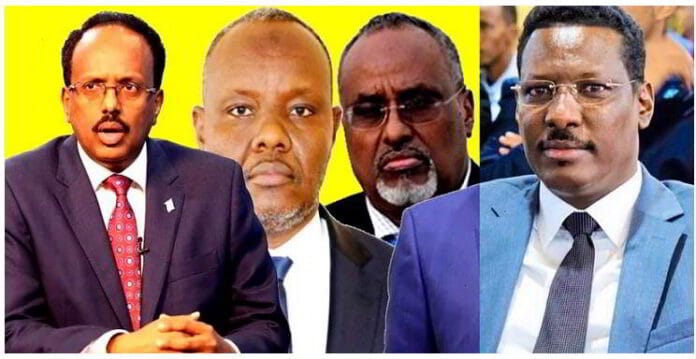 The Dhuusamarreeb meeting comes at a time when a previously scheduled meeting between the member states and the federal government which was to convene in Mogadishu on Sunday, July 5, has already been cancelled when states like Puntland boycotted it. 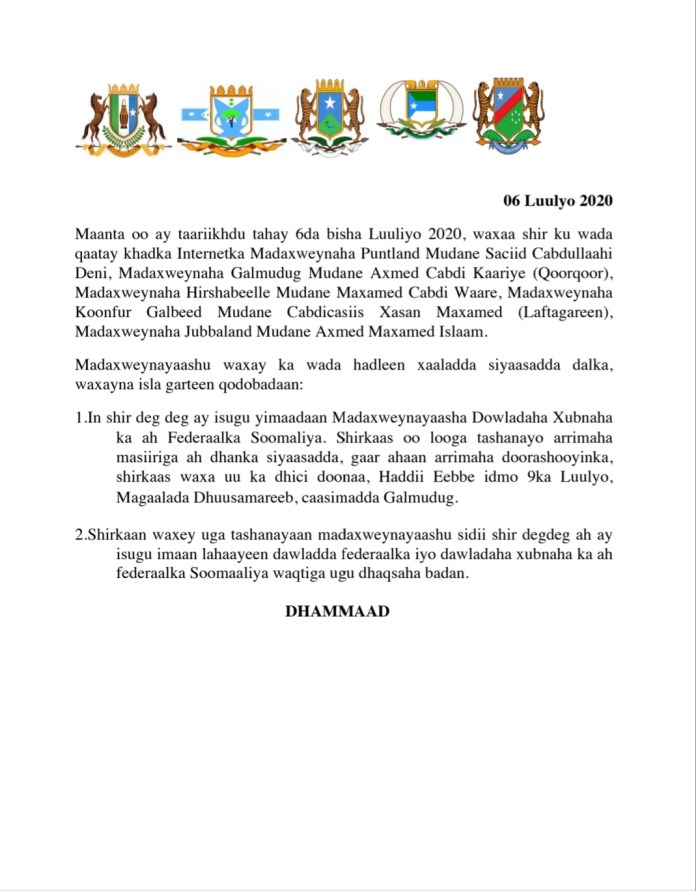