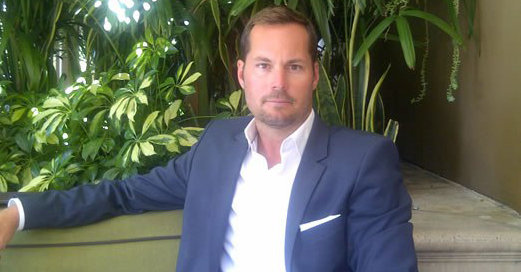 When asked about work for countries like DR Congo and Somalia by Politico, he was not only unapologetic but dismissed his representation of less oppressive governments like New Zealand.

A Washington lobbyist reportedly “expressed discomfort” about representing Prince Andrew over his links to Jeffrey Epstein. Here are some of Robert Stryk’s most controversial clients.

But Robert Stryk reportedly wanted to draw the line at Prince Andrew amid claims the royal had sex with Virginia Giuffre when she was a 17-year-old sex trafficking victim.

Sources close to the Duke of York’s legal team accused Stryk’s Sonoran Policy Group of “advertising” through a story in The New York Times claiming talks were held in recent weeks.

They claim there have been no engagements between the two sides.

However, here are the clients the lobbyist felt less discomfort about representing.

Legal paperwork filed with the U.S. government shows the Sonoran Policy Group was paid $2 million by the country’s attorney general for their services.

Human Rights Watch says of the country: “The government has been repressing dissent through often-violent crackdowns on street protests, jailing opponents, and prosecuting civilians in military courts.

“It has also stripped power from the opposition-led legislature.”

Isabel dos Santos, Africa’s richest woman, is accused of embezzling millions from a state oil company her father Jose Eduardo dos Santos put her in charge of when he was president.

She was sacked two months after he retired in September 2017 and has now had her assets frozen, though she denies any wrongdoing.

She paid Stryk’s lobby group more than $2 million to speak on her behalf to the American and British governments, according to papers filed with the U.S. government.

Andrew Feinstein, the head of Corruption Watch, told the BBC Dos Santos has been “trampling on the aspirations of the citizens of Angola.”

The Democratic Republic of Congo was accused of “widespread repression and serious human rights violations” in 2018 by Human Rights Watch.

Yet that year Stryk was paid nearly $1.5 million by the country’s then-President Joseph Kabila.

Among his efforts, he tried to set up a meeting between Kabila and Vice President Mike Pence, though this never went ahead.

When asked about work for countries like DR Congo and Somalia by Politico, he was not only unapologetic but dismissed his representation of less oppressive governments like New Zealand.

He said: “These are the places that need us the most. New Zealand doesn’t need us. They need us.”