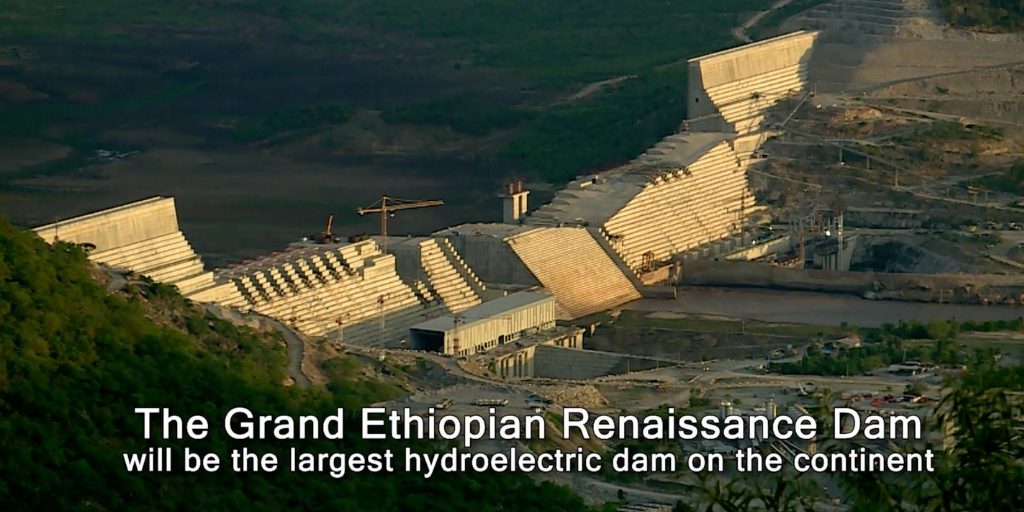 Ethiopia, Sudan, and Egypt still unable to solve their dispute over the filling and operation of the Grand Ethiopian Renaissance Dam (GERD). The dispute is directly linked to colonial-era Nile treaties. During the scramble for Africa, controlling the source of the Nile was a major colonial goal for the British. In 1902, the British and Ethiopia concluded the Anglo-Ethiopian Treaty in which Ethiopia agreed not to arrest or totally block the flow of the Nile.

Then there was the Anglo-Egyptian Treaty signed in 1929. This was between the British (on behalf of its colonies, Sudan, Kenya, Tanzania, and Uganda) and Egypt. The treaty prevented British East African colonies from using the Nile’s water without the consent of Egypt.

The third treaty was the 1959 Nile Waters Treaty between Egypt and Sudan. This allocated the entire flow of the Nile between the two downstream states without considering the interests of upstream states, which vehemently rejected it. Instead, upstream states called for an equitable allocation of the Nile waters based on a basin-wide treaty.

All the basin countries at the time negotiated and came up with the Nile Basin Cooperative Framework Agreement (CFA) in 2010. But Egypt and Sudan rejected the deal because it did not recognize their “existing use and rights” allocated in these treaties.

So, behind the ongoing talks is the struggle between changing, or maintaining, colonial legacies.

Concerns Of The Three States

Generally, the dam confers enormous benefits to Egypt and Sudan. These include ensuring a regular flow of water, preventing siltation, reducing evaporation, and providing cheaper electricity. Sudan has supported the project since 2012 because of these benefits. But Egypt maintains that any upstream dam on the Nile River threatens the flow of the Nile. The GERD’s reservoirs can hold more than 70 BCM of water. Egypt initially rejected the project entirely and later demanded a reduction in the size of the dam. In 2015, Egypt signed the Declaration of Principles (DoP and endorsed the GERD.

The DoP, also signed by Ethiopia and Sudan, provides the framework for the negotiations over the first filling and annual operation of the dam. After the adoption of the DoP, Egypt’s concerns seem to have changed towards ensuring that the GERD will not affect the “current and existing uses” of the Nile.  Around 2017, Cairo asked the “current” use of the Nile to be the baseline for GERD’s transboundary impact study. Even in its recent letter to the United Nations Security Council (UNSC), it claimed that “new projects, such as GERD” should not have any impact “on current and existing uses.”

In ensuring the regular flow of the Nile, the GERD will increase the irrigation potential of Sudan, and enable Khartoum to use more water from the Nile (even more than 18.5 BCM “share”).  As a result, Sudan fully supports the dam but also claims the waters it is not using from its “share” in the 1959 Nile Waters Treaty. Indeed, because of the tension between the civilian administration and the military, the current administration is less assertive of this fact. But it is widely accepted that GERD is important to Sudan as the High Aswan Dam is important for Egypt.

Ethiopia is not a party to the 1959 Nile Waters Treaty and does not recognize the water “share” of the two downstream countries. Since the Nile is an overexploited river, respecting the existing use means that Ethiopia, an upstream state contributing more than 85 % of the flow, will not have any share from the Nile. Yet, under international law, all the Nile basin countries have equal rights and Ethiopia is entitled to use the Nile waters equitably and reasonably.

It is, therefore, impossible for Addis Abeba to agree on any treaty that has a potential implication of legitimizing the existing use or the water allocation in the 1959 Nile Waters Treaty.

Ethiopia, Sudan, and Egypt have been negotiating for five years over the filling and annual operation of the dam. They have not been able to strike a deal. In addition to the water allocation issue, they have yet to resolve issues on drought mitigation and mechanisms for resolving future disputes.

Three drought mitigation mechanisms have been spelled out. These cover drought, prolonged drought, and prolonged dry years. Prolonged dry year is not drought and it was included in the U.S. drafted agreement simply to impose more burden on Ethiopia. Other elements of the proposal could also make the dam nonfunctional and deny Ethiopia the right to consume Nile water.

Given Ethiopia’s objection to the proposal, it is unlikely that the three countries will agree on how to mitigate future droughts.

As for dispute resolution, Egypt needs the forthcoming GERD Treaty to give a third party the power to make binding decisions on the dam.

In the past, Egypt and Sudan constructed several dams and reservoirs without consulting – and even over objections from Ethiopia. Since these projects are not subject to compulsory dispute resolution, and since there is no mechanism in place governing the use and activities of downstream states (Egypt can export water to another country, Ethiopia can’t do anything about it), Ethiopia will not agree to subject the GERD to compulsory dispute resolution.

Besides, the DoP requires the three countries to resolve future disputes only through negotiation, conciliation, and mediation.

But there are two slim possibilities in which agreement can be struck.

The first option is for the three countries to reach an interim agreement governing the first filling (over the next two years) of the dam. This piecemeal approach would give the three states the time to build trust and confidence and to work out the details on drought mitigation and dispute resolution. The first filling is not among the sticking points. An interim agreement would be in the interest of Egypt and Sudan to avoid unilateral filling of the dam. The one incentive for this option is that Ethiopia appears to be determined to continue filling the dam (the GERD reservoirs already hold 4.9 BCM of waters) – with or without an agreement.

The other option is to restrict the forthcoming treaty on the filling and annual operation of the GERD. The three countries can and should address the problems associated with the 1959 Treaty by expressly stating that Ethiopia can equitably use the Nile waters upstream of GERD.

Mahemud is a former Dire Dawa University lecturer. He is a Ph.D./JSD candidate in international legal studies at the University of the Pacific, McGeorge School of Law. He does his dissertation on transboundary water resource issues under the supervision of Professor Stephen C. McCaffrey.He can be reached at: mahmudeshetu@gmail.com[