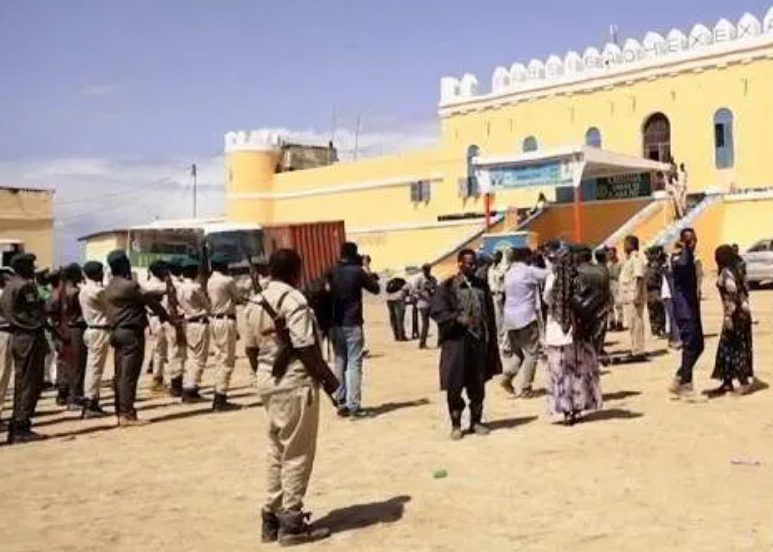 Inmates at the central – and biggest – correction facility at the Somalia capital of Mogadishu engaged wardens and security personnel in a running battle for the better part of Monday.

Authorities lamely played former Al Shabaab inmates. They said the former Islamist combatants received pistols and hand grenades from collaborators. The weapons, according to the authorities were smuggled in concealed at the bottom of food utensils.

According to the reports, the inmates used the pistols to overpower and kill wardens using their guns for additional firepower.

An intensive battle and a hold off followed which ended in the death of 15 prisoners and 4 wardens. 7 more, the government said, sustained injuries.

Official statements skipped shedding light on what happened to the fighters inside. They later claimed that they were killed among the number of inmates who lost their lives in the fight.

It came to light, later, that at least one of the armed inmates escaped after killing two people one of whom a motorcyclist outside the prison on whose ride he made his getaway. Wardens identified him as Mubarak Ibrahim Eidle who served 6 years of a ten-year term an army court sentenced him to in 2014.

Nobody knows what the purpose of the operation was or if the authorities are concealing what they have discovered since then or if any of the more dangerous Shabaab inmates had made their escape under cover of the gunfire.

It is obvious, observers point out,  that the planned operation inside the prison was not to test guns or for Shabaab and the wardens to hold a joint manoeuvre.

Of late, the Al-Qaeda affiliated fighters have been having their way in the capital mounting attacks at key government installations. It was only a few days earlier that they attacked an army base a stone’s throw away from the seat of the government claiming to have killed more than twenty soldiers.

It could be, some analysts claim, that NISA is orchestrating some of the operations with the Islamists in order to underline that no one-person-one-vote was possible in Somalia in the near future. The International Community has been pushing for such for some time now – a situation that President was said not to be happy with. Farmajo is looking for a two-year extension, observers contend, which cannot be ruled in the light of stepped-up Shabaab attacks in the capital