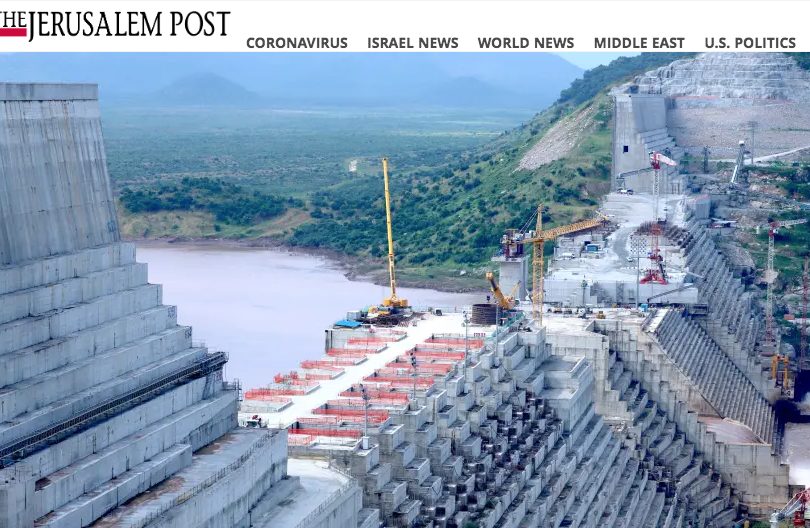 Despite the controversy, Ethiopia must build the dam river in order to meet the urgent development needs of its growing population.

I have read the article on the ongoing negotiation between Ethiopia, Egypt, and Sudan on the Grand Ethiopian Renaissance Dam (GERD). There are important facts that I have to highlight first. Ethiopia is the source of the Blue Nile and contributes 86% of the water. The GERD is the first major project the country is building on this River Basin. It is the symbol of the African Renaissance. The GERD is a hydroelectric generating dam, which Ethiopia is building on its rightful and equitable share over the Nile using its own finance.

While noting the effort of the writer to bring the matter to the attention of his readers, I thought I should add my voice to bring a more balanced perspective on what transpired during the ongoing negotiation. As an Ethiopian-Israeli, I follow this very closely.

The writer talks at length why Egypt is “justifiably’’ worried about the Dam. It is regrettable that he does not equally present the facts about Ethiopia. Ethiopia, the second-most populous nation in Africa, has suffered from consecutive severe droughts. Ethiopians faced existential challenges due to a lack of water and electricity. Millions of Ethiopians had perished due to famine. The issues of food security, water scarcity, and energy deficit are critical and daily challenges to millions of Ethiopians. This is not about the choice of comfort and luxury rather it is about basic livelihood and sustenance; it is about how to meet the day to day fundamental needs of the Ethiopian people.

The readers would like to know why the Dam is vital for Ethiopia. More than 60 million Ethiopians don’t have access to electricity and they are living under abject poverty while their country is the source of the longest river in the world. In all reasonable accounts, it is very legitimate that Ethiopia is building a dam on a river that it is endowed with to meet the urgent development needs of its growing population. For Ethiopia, the Dam is justifiably the right thing to do. If a poor country like Ethiopia does not use its resources, its very existence would, no doubt, be in question. Hence, generating electricity is necessary to reduce poverty, create jobs for its millions of youth.
On the GERD negotiation, Ethiopia has demonstrated its commitment to foster cooperation and attainment of a win-win outcome. With the launch of the project in 2011, Ethiopia invited Egypt and Sudan for consultation and initiated a series of platforms. However, progress in the negotiations is stalled due to the conducts of Egypt. Even then, Ethiopia has been dedicated to complete the negotiation on the guidelines and rules for the first filling and operation of the GERD.
From the very beginning, Ethiopia went to a great length to address the concern of Egypt and Sudan. Ethiopia is the one that commenced the dialogue acknowledging the Nile belongs to all riparian states. Ethiopia agreed to the establishment of the International Panel of Experts, then jointly created the Tripartite National Committee and the National Independent Scientific Research Group. In fact, a team of international water experts has proved that the Dam benefits not only Ethiopia but also Egypt and Sudan. And that is why the three leaders from Ethiopia, Egypt, and Sudan agreed on Principles of Declaration to cooperate on the Dam in 2015. It is the same spirit that recognized the mutual benefit of the Dam that should guide the ongoing negotiation. While contributing 86 percent of the water that goes to Egypt, it is very clear that Ethiopia has a legitimate and sovereign right to use its natural resources based on the principles of equitable and reasonable utilization of the river.
Ethiopia is a state party to the Agreement on the Nile Basin Cooperative Framework (CFA), an outcome of a thirteen years negotiation that involved Egypt. It was signed by six riparian countries including Ethiopia. The CFA as a multilaterally negotiated Framework Agreement on the Nile Basin enshrines the cardinal principles for utilization of the Nile River and establishes the Nile River Basin Commission. Ethiopia has made an extraordinary effort to accommodate Egypt’s demands and ways. The only exception is the unjustified and absolutely unacceptable proposition of “historical right and existing uses” advanced by Egypt which attempts to monopolize the river. Ethiopia, time and again stated clearly that it adheres to the principle of not causing significant harm to downstream countries.
Recently, the tripartite negotiations have been going on through video conference and the representatives of the three countries continue the internal consultations at the higher levels. For a person who follows up these negotiations closely, the parties are engaged in intense deliberations to address the remaining outstanding technical and legal issues related to GERD. Genuine dialogue is the best option that the three countries have and thus, they should be unequivocally committed to meaningful talks respecting Ethiopia’s rights to use the Nile water. I would certainly state that this is and has always been the interest and position of Ethiopia who remains committed to partnership and regional cooperation.
Unfortunately, it is Egypt that acts and behaves as if the Nile water belongs only to one country. Egypt and Sudan have a water-sharing agreement that denied Ethiopia its right to equitable share. Egypt wants to maintain its monopoly. That mentality does not help and if fact, is an obstacle for win-win solutions- solutions that could come out only through constructive dialogue that unambiguously accepts the right of all riparian states to benefit from their shared resources. The main challenge in the current negotiation is the demand to perpetuate the status quo, which is unfair.
Egypt can establish its legitimate right over the Nile by concluding a water allocation treaty within the framework of the CFA. The GERD negotiation has become prolonged and futile due to Egypt’s attempt to acquire a water allocation guarantee aligned with the unfair 1959 share under the guise of dam operation rules.
Amplifying tensions, exaggerating threats and warmongering would not lead to mutually beneficial outcomes. I believe continued dialogue with good faith and full commitment to the existing tripartite mechanism is the best option to solve legal and technical differences raised by the three countries.

The author is the Editor-in-Chief of Israeli-Ethiopian TV

Avoiding a Bloodbath in Ethiopia’s Mekelle