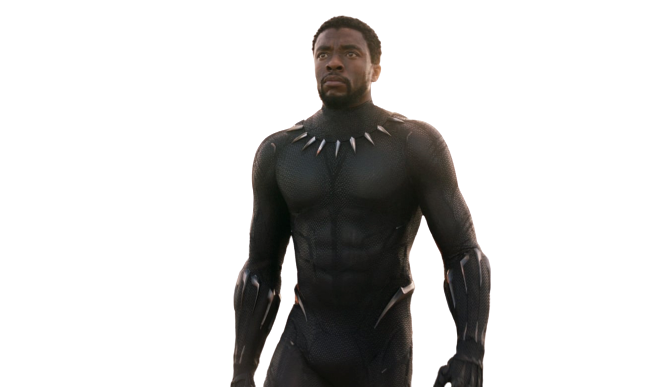 Actor Chadwick Boseman, who played black icons Jackie Robinson and James Brown before finding fame as the regal Black Panther in the Marvel cinematic universe, has died of cancer, his representative said. He was 43.

Boseman died at his home in the Los Angeles area with his wife and family by his side, his publicist Nicki Fioravante said on Friday.

Boseman was diagnosed with colon cancer four years ago, his family said in a statement.

“A true fighter, Chadwick persevered through it all, and brought you many of the films you have come to love so much,” his family said.

“From Marshall to Da 5 Bloods, August Wilsons Ma Raineys Black Bottom and several more – all were filmed during and between countless surgeries and chemotherapy. It was the honour of his career to bring King TChalla to life in Black Panther.”

Boseman had not spoken publicly about his diagnosis. It is believed he married his long-term partner, the singer Taylor Simone Ledward, earlier this year. The couple had no children.

Boseman paid tribute to Ledward in his acceptance speech at the 2019 NAACP Image Awards in Los Angeles, where he won the trophy for outstanding actor in a motion picture. He said: “Simone, you’re with me every day. I have to acknowledge you right now. Love you.”

Born in South Carolina, Boseman graduated from Howard University and had small roles in television before his first star turn in 2013. His striking portrayal of the stoic baseball star Robinson opposite Harrison Ford in 2013’s 42 drew attention in Hollywood.

“This is a crushing blow,” actor and director Jordan Peele said on Twitter, one of many expressing shock as the news spread across social media.

Chadwick Boseman: the unbearable loss of a prince of American cinema

What a terrible blow to lose a young actor of so much promise – the poignancy of his death made all the more acute by its echo in Spike Lee’s recent Da 5 Bloods. 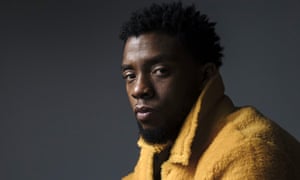 His beauty, his grace, his style, his presence and — until what stunned admirers must now understand to have been the very end — his youthful, boyish openness. These made up Chadwick Boseman’s persona; an actor who had come to be loved among many things for his lightly worn imperiousness, humour and charm as T’Challa, king of the fictional African country Wakanda in the Marvel smash Black Panther. Like many actors who play kings and princes in hugely successful movies or TV shows, the regality rubs off, the royalty is a residue, but he had these things anyway.

What makes his death so shocking for me is that I had so loved his performance in Spike Lee’s new film Da 5 Bloods, playing the squad leader Norman, who was killed in action in Vietnam, 50 years before four of the men under his command (played by Delroy Lindo, Clarke Peters, Isiah Whitlock Jr and Norm Lewis) now come back to present-day Vietnam on a fraught journey into their own pasts. Lee brilliantly recreates flashback jungle scenes for all five, but with the four middleaged as they are now, and Chadwick Boseman’s Norman as he was then, as he was in their memory. He has grown not old as those that are left have grown old: he is still the impossibly handsome and daring young leader who has the tragic military burden of persuading his men not to mutiny because of the racism of the top brass.

This superbly conceived performance now assumes an almost unbearable, real poignancy: when I see the poster image of these men taking a knee at Norman’s graveside it is overwhemingly sad. We now know that Boseman was being treated for cancer, and must already have been aware of the possibility that his end was near.

It had been Boseman’s destiny, also, to dramatise other African-American icons on his way to becoming an icon himself: in 42, he was legendary Jackie Robinson, the first black American to make it into baseball’s major league.

This was a film which notably chose a simpler, inspirational theme over anything more complex and politically contentious, but Boseman’s performance was what supplied the complexity and texture in itself: seductive and determined, intent on surpassing his own loneliness and the prejudice of others. His Robinson was a figure shown being beset by bigotry on all sides, even by some on his own team, but toughing it out without self-pity. Already, he was assuming a kind of superheroism.

In Marshall, he played Thurgood Marshall, the first African-American Supreme Court Justice of the United States, appointed to the bench by JFK, who made important rulings against segregation. The movie dramatises an early courtroom drama, when his Marshall had to defend a black man accused of raping a white woman, and Boseman let rip with gorgeous and extravagant theatrics as the brilliant young advocate.

Something of the same physicality and athleticism — and also sexuality — went into his portrayal of James Brown in the flawed biopic Get On Up, which, though it could not quite get to grips with the more unwelcome side of its leading character, had another exquisitely fierce turn from Boseman.

In 21 Bridges, he had a more conventional, generic role as a New York cop who in time-honoured style had lost his dad to criminals, and now has to solve a violent gangland crime on Manhattan which he does by ordering all twenty-one bridges connecting the island to the mainland to be closed to cut off the culprit’s means of escape — an interestingly regal move.

But of course it was as T’Challa, the gloriously charismatic superhero of colour in Marvel’s afrofuturist adventure, that Boseman imposed his personality on the movies. He was sensitive, handsome and stylish with something introspective, vulnerable and self-questioning in his manner as he assumes the surreal throne. Boseman did it all with such grace that it is an incidental pain for his fans that he never got to reapply these acting gifts on playing Shakespeare on stage or screen.

Like all celebrities and movie stars, Boseman was entitled to his privacy, even though through his sheer empathy and lovability, his fans had come to think that they were already part of that privacy, that they knew him. So the news that he also had cancer is such a shock. He seemed — he was — so young, always appearing at least a decade younger than his years. His great movie roles were quintessentially about youth, about the vigour and energy and idealism and having it all in front of you. Boseman now becomes the lost prince of American cinema, who had a glorious and inspirational career.