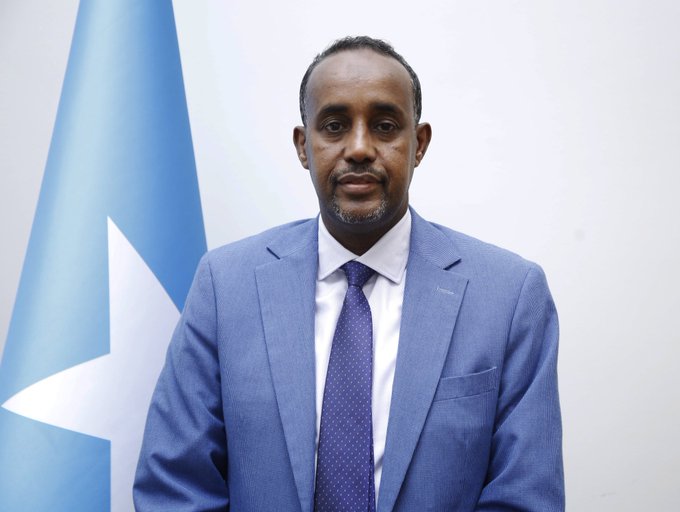 The Federal President of Somalia, Mohamed Abdullahi Mohamed Farmajo, has on Thursday evening named a new prime minister to take up the reins of a government which functioned headless for 55 days.

The Somalia President asked his new appointee to ‘quickly’ and expediently put together his new government without giving him a time limit.

Mr Rooble hails from the same general clan as Khayre. The difference is that the new PM comes from farther afield in Mudug where Khayre’s was from the capital and adjacent regions.

Mr Rooble is an unknown integer in politics. The same as his predecessor, Hassan Ali Khayre, his only qualification appears to be that he worked with an international organization. Rooble is said to have worked with the UN International Labour Organization where Khayre stayed some time with the Norwegian Refugee Council.

The federal parliament of Somalia stripped responsibility of the former PM, Khayre, in an announced, undiscussed motion that took only 8 minutes to reach a decision on 25 July 2020.

Khayre has, since then, announced that he was going to run against the incumbent, Farmajo, for the presidency come election time.