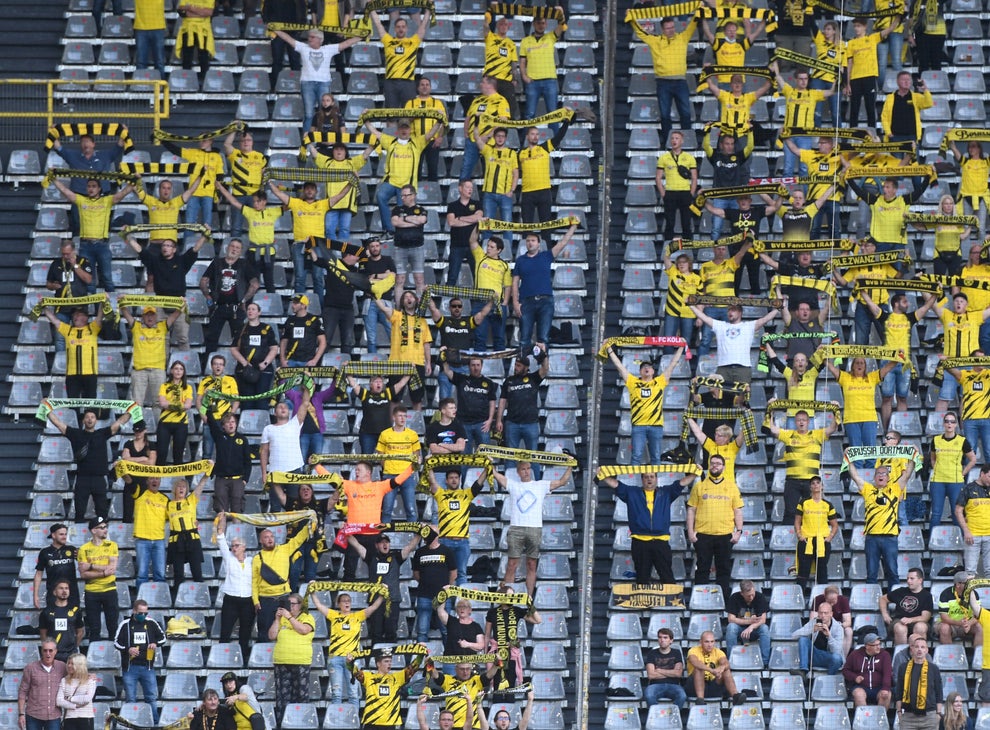 While the planned phased return of football fans has been put on hold by the UK Government, they are pressing ahead in places like Germany, France and Holland.

Here, the PA news agency takes a look at how other European countries are handling getting supporters back into stadiums.

Since the beginning of the coronavirus pandemic, Germany has led the way for how it has managed an unprecedented situation. The Bundesliga was among the first to return from the enforced break and, at the weekend, it was among the few leagues in Europe to bring fans back to stadiums. Six out of the nine matches were allowed to have home supporters present on the first matchday of the new season, filling 10 percent to 25 per cent of seats. Attendances ranged from 4,600 to 9,300.

France was the first major league in Europe to decide not complete its season following the Covid-19 stoppage in March, instead awarding Paris Saint-Germain the title. However, Ligue 1 has allowed fans through the gates since its resumption last month. It has been left to the discretion of local authorities to decide how many supporters should attend. Most clubs have agreed on a maximum of 5,000, regardless of the size of the stadiums. That is how many attended both cup finals in July. The opening game of the season between Marseille and St Etienne was postponed due to several positive tests for coronavirus, while Nice opted to play their first home game against newly-promoted Lens behind closed doors.

In April, the Dutch controversially scrapped their season, with no champions crowned and no relegation and promotions taking place with the second tier. Fans have been allowed in stadiums since the new season started this month, although under strict conditions that include keeping 1.5 metres apart from other family groups and refraining from cheering, singing or shouting.

European football’s governing body is using Thursday’s match – contested by last season’s Champions League and Europa League winners, Bayern Munich and Sevilla – as a pilot event for the return of fans, with up to 30 per cent of the capacity of the 67,215 all-seater Puskas Arena. It remains to be seen how many will be in attendance. It has been reported that Bayern have sent back around 800 tickets from their 3,000 allocation, while reports in Spain state Sevilla have returned 2,500 of their 3,000. Those returned tickets will not be put back into circulation for obvious safety reasons but tickets have also been on sale to Hungarian residents.