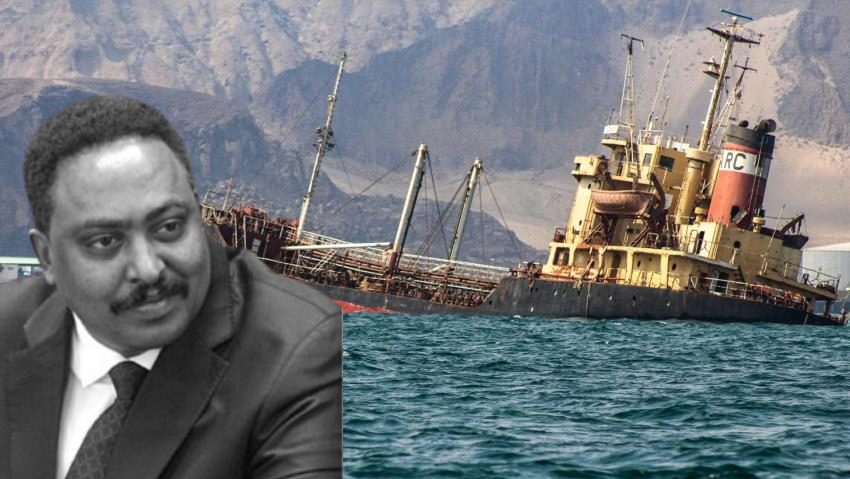 A possible oil spill from the dilapidated tanker would occasion a massive environmental catastrophe in the Red Sea which more than 30 million livelihoods rely. Djibouti and Somaliland, may be directly affected should the tanker burst into flames.

The Inter-Governmental Authority on Development (Igad) has expressed concern over the potential environmental disaster posed to the Red Sea by the FSO Safer, an aging oil tanker moored off the western coast of Yemen.

The oil vessel was abandoned off the Yemeni coast after the outbreak of Yemen’s civil war in early 2015 and has since been there without maintenance.

According to international experts, the Red Sea ecosystem will severely be affected if the rusting oil tanker, loaded with over a million barrels of crude oil, breaks up or explodes and catches fire.

A possible oil spill from the dilapidated tanker would occasion a massive environmental catastrophe in the Red Sea which more than 30 million livelihoods rely on.

The Igad Executive Secretary, Dr Workneh Gebeyehu, said an oil slick would exacerbate existing economic and humanitarian crises in Yemen and the region, including Igad member states on the western shores of the Red Sea.

Igad member states in the Horn of Africa, including Djibouti and Somalia, may be directly affected should the tanker burst into flames, for example.

Dr Workneh called on the international community to “take urgent steps to stabilise the oil tanker, particularly through undertaking urgent repairs, and thereafter offload the oil it carries”.

The 45-year-old FSO Safer is reportedly anchored about 60km north of the rebel-held port of Hudaydah. Houthi rebels, who are in control of the massive ship, have previously agreed to allow a UN team access it. However, there is yet an unresolved dispute over the rebels’ interest in the sale of the oil cargo.

The regional bloc called for independent technical experts to be granted unhindered access to the tanker by those who control the vessel.

“The Inter-Governmental Authority on Development welcomes the UN efforts to deploy an assessment and repair team to the tanker and commends the UN Secretary-General’s personal attention and leadership in this matter”, Dr Workneh said.

“Igad will remain seized of this matter with a view to urgently neutralising the threats posed by FSO Safer, in coordination with its international partners,” he added.

During a July 15 video conference meeting of the UN Security Council, experts warned that the Red Sea region would turn into a scene of disaster if the vessel’s oil cargo can’t safely be off-loaded in a timely manner.

“Time is running out for us to act in a coordinated manner to prevent a looming environmental, economic and humanitarian catastrophe,” Inger Andersen, Under Secretary-General and Executive Director of the United Nations Environment Programme, told the assembly.

The UN expert further said that “an oil spill could aggravate the security situation in the region as vital resources become polluted, scarce and contested.”

Considering a worst-case scenario, experts warn that the fishing community along Yemen’s west coast, estimated to be over 125,000 people, that are dependent on the resources of the Red Sea, would be affected within days of any oil spill.

Such a disaster will account for a potential impact cost of $1.5 billion over 25 years, according to UN experts.

An oil spill will also lead to the closure of the key port of Hudaydah for months, triggering a 200 percent leap in fuel prices in Yemen for several months, further causing increases in food prices.

“While Yemen’s west coast would be worst affected, other Red Sea countries, including Djibouti, Eritrea and Saudi Arabia, would be affected as well, in addition to the passage of more than 20,000 ships through the Red Sea every year” said Andersen.