Taiwan will kick off a first-of-its-kind trade fair at Grand Haddi Hotel of Hargeisa in the Republic of Somaliland Wednesday.

The two-day trade fair, organized by the Taiwan Representative Office in the Republic of Somaliland, aims to open Taiwan not only to Somalilanders but to a wider market in East Africa which hitherto been over-dominated by – largely – Chinese products.

The expo is typically named as the 2020 Taiwan Trade Fair-From Somaliland to East Africa.

During the event, visitors will find the opportunity to sample high-quality Taiwanese products, get a first-hand introduction to Taiwan’s business mechanism and its advantage industries, and to listen to a series of informative exchanges with experts in mini-seminars to be held.

The two countries share lofty principles that their repective rivals and political foes show little or none of: democracy, high respect of human rights and people’s rights to self-determination as well as a stamina and resilience that have ensured the two countries’ self-reliant development in many sectors.

Somalia, for instance, exists only through the benevolence of a tolerant world which does not only pay for its security but for much of its executive, judiciary and legislative budgets, too, which account for the bulk of the country’s national budget. 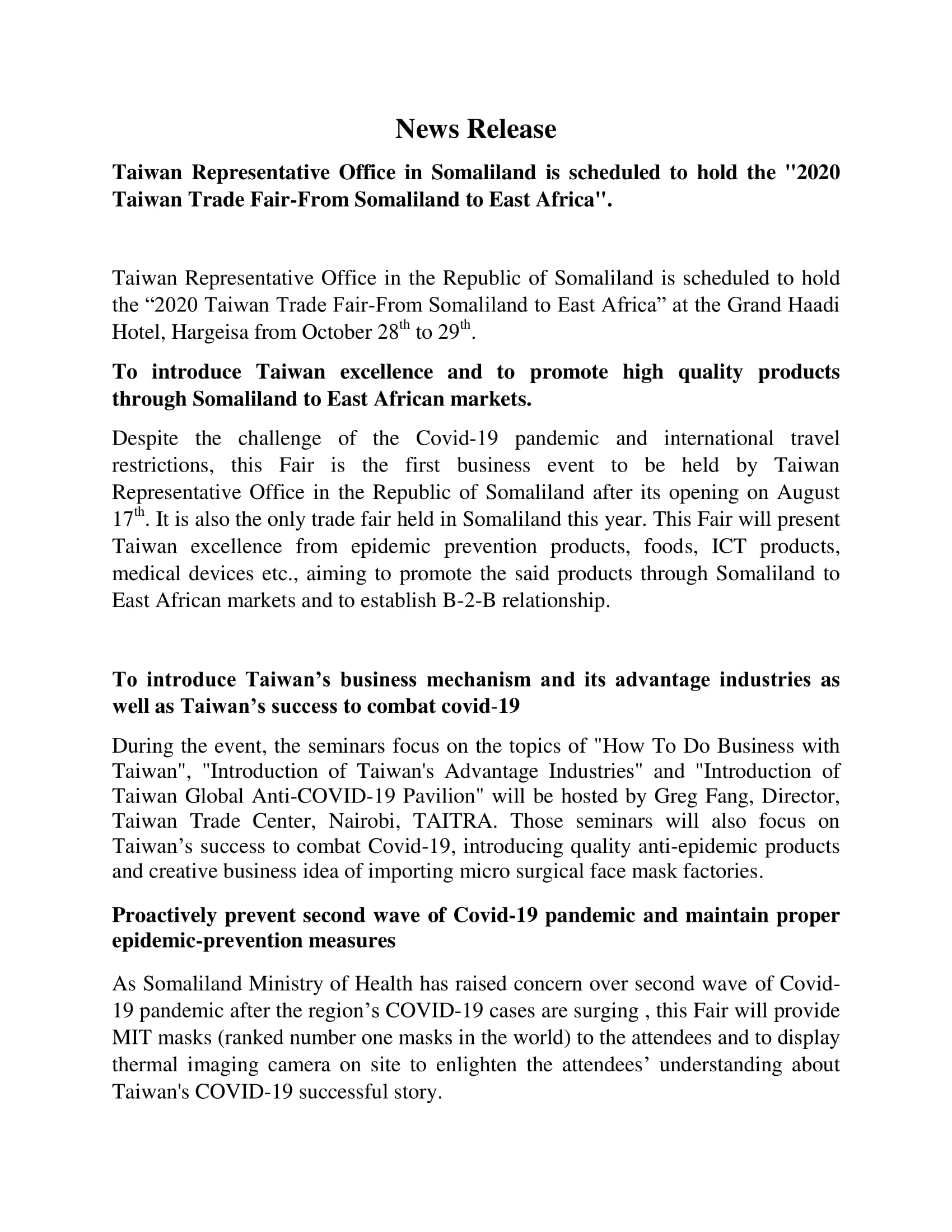