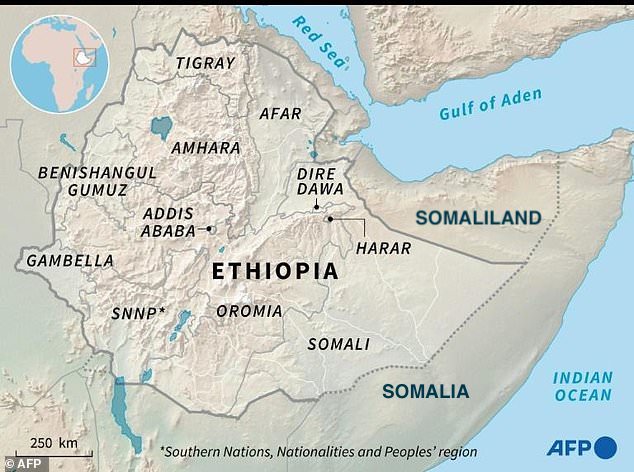 Somaliland MoFA Statement Reiterates independence and Territorial sovereignty of Somaliland telling the world that no one has the authority to claim representation of the Republic of Somaliland and its people in Somalia or its indirect ‘selections’.

A Ministry of Foreign Affairs statement, today, called Mogadishu’s appointment of a special envoy to represent federal Somalia in the Red Sea, Gulf of Aden and Horn of Africa affairs a daydream.

The statement said the late-hour move of Mogadishu aims to further obfuscate the 30-year old Somaliland sovereignty issue in world circles in a make-belief game of a non-existent jurisdiction over geographical areas which fall under the Republic of Somaliland care and concern.

” We wish the international community, IGAD and the African Union that the appointment of an envoy for the Red Sea and the Gulf of Aden is naked aggression and a political assault against the Republic of Somaliland. Consequently, the government and the people of Somaliland are ready to defend the integrity of their borders with their lives if necessary,” the statement said.

The statement pointed out that Somalia, going by the borders the colonial powers drew before independence and were to be maintained after it, has little or no influence whatsoever over the Gulf of Aden.

The statement went on to remind the world that Somaliland, in fact, was more of a nation than Somalia and that nobody had the right to claim representation in a country that has still to conduct a single 1P-1V election.

“The Republic of Somaliland is a leading nation on regional peace and democracy and that it has a parliament elected on one-person-one-vote (unlike Somalia),” it said.

“(The Republic of) Somaliland, herein, makes it clear to the international community that there are no MPs representing the republic or its people in the indirect elections of Somalia. and that those (Somaliland-born) individuals represent no one but themselves in the positions they seek or occupy,” the statement emphasized.

Once more, the MoFa statement reiterated that Somaliland had a crucial stake on regional stability and progress and, as such, would keep a close eye on new developments that have a bearing on regional balances given the republic’s enviable geostrategic location. 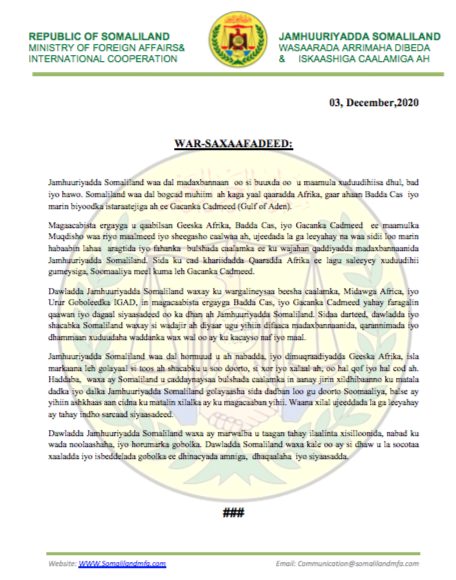