Home World News/International Africa As Virus Resurges in Africa, Doctors Fear the Worst Is Yet to... 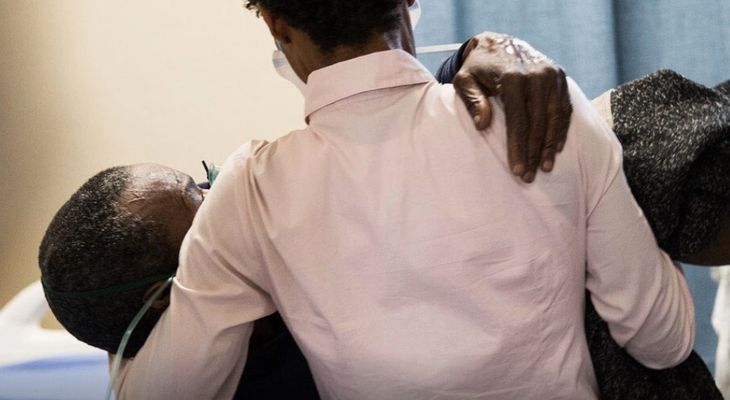 The coronavirus killed far fewer people in Africa than in Europe and the Americas, leading to a widespread perception that it was a disease of the West. Now, a tide of new cases on the continent is raising alarms.

At the center of a terrifying coronavirus surge, 242 patients lay in row after row of beds under the soaring metal beams of a decommissioned Volkswagen factory.

Workers at the vast field hospital could provide oxygen and medications, but there were no I.C.U. beds, no ventilators, no working phones and just one physician on duty on a recent Sunday — Dr. Jessica Du Preez, in her second year of independent practice.

In a shed-like refrigerator behind a door marked “BODY HOLD,” carts contained the remains of three patients that morning. A funeral home had already picked up another body.

On rounds, Dr. Du Preez stopped at the bed of a 60-year-old patient, a grandmother and former college counselor. Her oxygen tube had detached while she was lying prone, but the nurses had so many patients they hadn’t noticed. Now, she was gone.

As two porters placed her corpse in a bag, a worker peeked through the door to tell them another patient, a 67-year-old diabetic man, had died.

Meanwhile, the condition of a teacher in her 50s was deteriorating. Dr. Du Preez tried to find I.C.U. space for her elsewhere in the city, to no avail. She called the teacher’s husband, who asked what he could do. “Not much,” the young doctor responded.

“Shame,” she said again and again that day.

For hours, the alarm on the teacher’s bedside monitor bleated. Her oxygen level was dangerously low, her pulse racing and her blood pressure soaring. Still, she remained conscious, saying she could not breathe. That evening, she died alone. A book, “A Heartbeat of Hope: 366 devotions,” lay on her bedside stand alongside a pair of reading glasses.

When the pandemic began, global public health officials raised grave concerns about the vulnerabilities of Africa. But its countries overall appeared to fare far better than those in Europe or the Americas, upending scientists’ expectations. Now, the coronavirus is on the rise again in swaths of the continent, posing a new, possibly deadlier threat.

In South Africa, a crush of new cases that spread from Port Elizabeth is growing exponentially across the nation, with deaths mounting. Eight countries, including Nigeria, Uganda and Mali, recently recorded their highest daily case counts all year. “The second wave is here,” John N. Nkengasong, the head of the Africa Centers for Disease Control and Prevention, has declared. 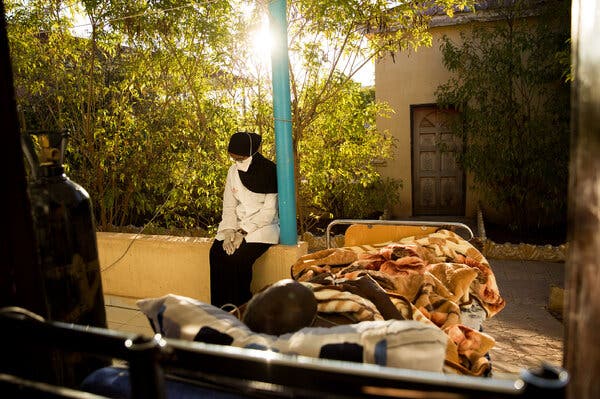 When the virus was first detected, many African countries were considered particularly at risk because they had weak medical, laboratory and disease-surveillance systems and were already battling other contagions. Some were riven by armed conflict, limiting health workers’ access. In March, Tedros Adhanom Ghebreyesus, the first African director-general of the World Health Organization, cautioned, “We have to prepare for the worst.”

But many African governments pursued swift, severe lockdowns that — while financially ruinous, especially for their poorest citizens — slowed the rate of infection. Some deployed networks of community health workers. The Africa C.D.C., the W.H.O. and other agencies helped expand testing and moved in protective gear, medical equipment and pharmaceuticals.

The reported toll of the pandemic on the continent — 2.6 million cases and 61,000 deaths, according to the Africa C.D.C. — is lower than what the United States alone currently experiences in three weeks.

But that accounting is almost certainly incomplete. Evidence is growing that many cases were missed, according to an analysis of new studies, visits to nearly a dozen medical institutions and interviews with more than 100 public health officials, scientists, government leaders and medical providers on the continent.

“It is possible and very likely that the rate of exposure is much more than what has been reported,” Dr. Nkengasong said in an interview.

Now, as they battle new outbreaks, doctors are convinced that deaths have also gone uncounted. Dr. John Black, the only infectious-disease specialist for adults in Port Elizabeth, said he and other physicians feared that many people were dying at home. Indeed, a government analysis showed that there had been more than twice as many excess deaths as could be explained by confirmed cases in South Africa. “We don’t know what the real number is,” he said.

Scientists are also considering other explanations for the continent’s outcome. These range from the asymptomatic or mild infections more common in youth — the median age in Africa is just 19.7, about half that of the United States — to unproven factors including pre-existing immunity, patterns of mobility and climate. If those conditions helped protect against the virus earlier, officials ask, will they do so now?

In South Africa, the continent’s leader by far in coronavirus cases and deaths, the growing devastation in its medical system has led to the rationing of care for older adults. Last week, officials announced that a new variant of the virus that may be associated with faster transmission has become dominant. With stricter control measures lifted and many people no longer seeing the virus as a threat, public health officials fear that Africa’s second wave could be far worse than its first.

“The risk perception has gone from something very scary at the beginning to now something people are not worried about anymore,” said Dr. Chikwe Ihekweazu, director-general of the Nigeria Center for Disease Control.

Some Africans view Covid-19 as an affliction of Westerners and wealthy travelers. In a classroom in a Somali community displaced by drought and war, a fourth grader readily identified the United States as having the most cases. “Donald Trump was Covid-19-positive,” he said.

Sarah Oyangi, 35, an apartment complex manager who lives in what she refers to as a slum in Nairobi, said friends told her they weren’t worried because the virus “is for wazungu and the rich,” using a Swahili word meaning European or white people. “It’s not our disease.”

Dr. Nkengasong said he was very worried about how long it would take to vaccinate enough people on the continent to protect the most vulnerable from unwitting spreaders.

The first case on the continent was detected on Feb. 14 in a foreign traveler from China to Egypt. Two weeks later, Nigeria discovered that a contractor who had flown in from Milan was ill. In South Africa, the earliest cases involved a half-dozen or so people who had gone skiing in Italy. The W.H.O.’s regional director for Africa reported on March 19 that infected travelers from Europe had come into 27 or 28 countries.

Early on in sub-Saharan Africa, only South Africa and Senegal had supplies to perform diagnostic tests, but with aid, every country on the continent was later able to do some testing.

As the virus overwhelmed the West’s advanced health systems, governments across Africa, with some notable exceptions, imposed stringent curfews and lockdowns. Some countries had only a few cases at the time; Zimbabwe declared a national disaster without having announced one.

“They went into shutdown because we were terribly ill prepared,” Dr. Nkengasong said. But that desperate action may have put Africa ahead of the curve in fighting the virus, instead of behind it, as the United States and Europe found themselves.

Dozens of African health ministers agreed on a continental strategy in February, coordinating closely through the Africa C.D.C. West African nations also built on lessons from the Ebola response in 2014 and 2015.