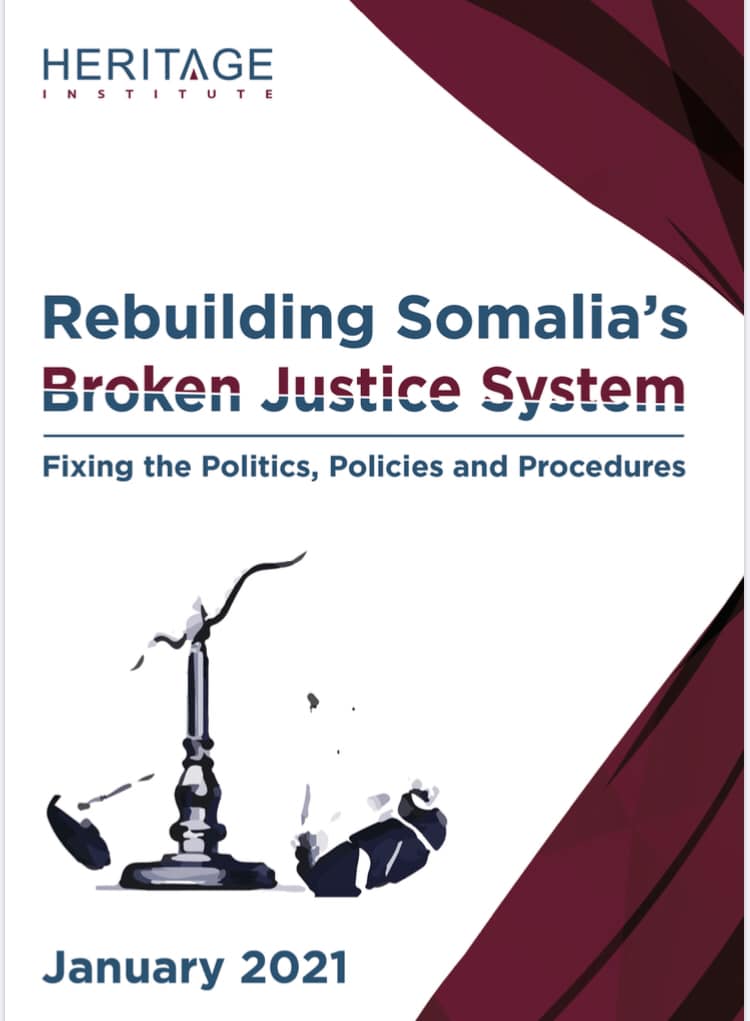 This is a Heritage Institute policy brief that intends to shed light on where the Somalia justice went wrong and how it could be mended.

Despite recent reforms, the formal justice system in Somalia is broken at the core, depriving equitable access to justice for millions of citizens.

More than 10 years with no judicial system (1990- 2000) followed by 20 years of weak statutory courts (2000-2020) have had a profoundly deleterious impact on the nation’s deeply decentralized judicial branch.

As a result, a buffet of justice systems and alternative dispute mechanisms have flourished across the country, leading citizens to shop for the most favorable outcomes. This is compounded by a deep contestation over the interpretation of the provisional constitution and the ambiguous framework to establish the two most important judicial institutions: the Judicial Services Commission (JSC) and the Constitutional Court of Somalia (CCoS). The federal parliament has yet to formally federalize the judicial branch as stipulated by the provisional constitution.