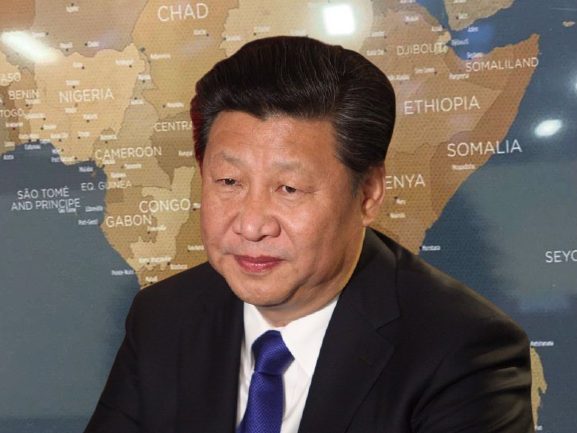 At twenty-five registration sites across this small town of 60,000 people in eastern Somaliland, thousands gathered last week to register to vote for the forthcoming parliamentary elections. Women in niqab and men stood in separate lines, sometimes for hours, in order to get their irises scanned in order to secure the vote. At some stations, boys who had just turned fifteen sat in a different area, grinning, joking, and proud as they waited to register to vote for the first time.

Somaliland, which re-asserted its independence thirty years ago, may not be internationally recognized but it is democratic. It is among the few African states that has best resisted mainland China’s efforts to tie it into Beijing’s orbit. Indeed, on July 1, 2020, Taiwan and Somaliland surprised China (and the State Department) when it announced that it had signed an agreement to establish reciprocal representative officers in each other’s capitals. “Great to see #Taiwan stepping up its engagement in East #Africa in a time of such tremendous need,” the National Security Council tweeted. Qin Jian, China’s ambassador to Somalia, rushed to Somaliland to try to convince President Muse Bihi Abdi to reverse course, but Bihi refused and left the Chinese delegation to cool its heels. Beijing blustered and threatened to no avail.

While the difficulties of air travel in the time of the coronavirus have slowed business exchanges between Taiwan and Somaliland, both representative offices are preparing for the rush as soon as vaccines are widely available. Somaliland officials told me they sought out Taiwan because Taiwan invests rather than entraps. Both members of Somaliland’s current administration and its political opposition told me that Somaliland has been immune to Chinese bribery or debt traps because democratic debate and Somaliland’s largely free press ensures accountability for the political class.

Chinese influence is much deeper in Kenya. Driving around Nairobi, it is hard not to see Chinese businesses, billboards advertising Chinese trade fairs, and other signs of Chinese investment. On January 21, 2021, the Kenyan government faces a deadline for a $1.4 billion loan repayment to China for construction of the Nairobi to Naivasha railroad. President Uhuru Kenyatta may struggle to make that payment and an addition $5 billion owed to China, but Kenya is still relatively lucky: Its $6.4 billion debt to China is only about 10 percent of its total debt. Kenya may struggle financially, but China’s ability to dictate to it is limited. The Kenyan press debates and warns about the dangers of indebtedness to China. Again, it is not coincidence that whatever flaws there are in Kenya’s democracy, it still maintains enough basic checks and balances that no single man was able to sign the deals that would allow China to run roughshod over the country.

The same is true with South Africa. That democracy’s debt to China equates to only about four percent of its gross domestic product. The independent South African Daily Maverick noted how democracy immunizes South Africa to Chinese debt traps. “Africa is not China. African democracy is not a system which was once upon a time benevolently handed out by leaders; it is the system favored by the vast majority of citizens given the previous experience.” It continued to note the lasting impact of public anger given Chinese racism toward Africans during the initial coronavirus lockdowns. Botswana, too, has relatively low debt to China. In April 2020, Tanzanian President John Magufuli threatened to terminate a $10 billion project because the terms of a Chinese loan agreed to by his predecessor were so bad that “only a drunkard” would accept them.

Contrast such prudence to the actions of African dictatorships: Djibouti has effectively become a Chinese colony. Its debt to China is equivalent to more than 80 percent of its gross domestic product. A $3 billion agreement to expand the Djibouti port signed this month only adds to Djibouti’s debt burden. China’s debt trap also strangles Angola, a country that Freedom House also ranks as unfree, even after recent restructuring. Cameroonian citizens increasingly feel they receive no benefit from deals their government struck with Beijing. Ethiopia, too, labors under Chinese debt, much of which Prime Minister Hailemariam Desalegn accrued. While his successor Abiy Ahmed has negotiated new terms and some relief, the lore of Chinese cash will likely seduce him, especially as he turns his back on democracy and the costs of his military adventurism becomes clear. Somalia, too, may increasingly turn to China has its president seeks to sidestep constitutional democracy in favor of centralized dictatorship. Already, he has signed agreements that would never pass muster in any democratic review. Alas, here, the U.S. Embassy in Mogadishu actually plays into Beijing’s hands by supporting Farmajo and seeing to isolate Somaliland.

President Trump’s incitement and the support of Republican and Democratic politicians for violent protests has undercut America’s authority to speak about democracy, but it does not shift the strategic necessity to embrace democracies and be wary of dictatorships. States that embrace democracy like Botswana, Somaliland, and South Africa consistently show themselves better able to immunize themselves from Chinese exploitation. In contrast, those like Djibouti and Ethiopia that grow increasingly authoritarian are quickly becoming strategic liabilities. If they are serious about securing prosperity, security, and stability across the globe and countering the threat posed by China, it is crucial President Joe Biden, Secretary of State-nominee Anthony Blinken, and National Security Advisor Jake Sullivan end scattershot American policy. Instead, they should coordinate policy to solidify the progress made by Africa’s emerging democracies and recognize that separate deals with a new generation of dictators in countries like Ethiopia and Somalia will bring neither benefit to the United States not prosperity to their own citizenry.