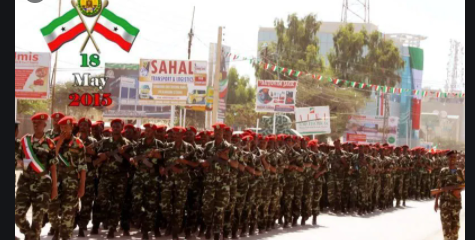 Joe Biden should recognize that a policy of either deploying to Somalia or neglecting it is a false choice.

On January 18, 2020, the Pentagon announced the completion of its evacuation of nearly 700 troops from Somalia. As the last troops left Puntland, one of the Federal Government of Somalia’s six states, U.S. Africa Command launched an airstrike against Al-Shabaab, an Al Qaeda-linked group that operates in Somalia. President Donald Trump’s move will now force the Biden administration to consider its posture in the Horn of Africa early.

Security remains tenuous not only in Somalia, but also across the region. Both Somalia and Ethiopia teeter on the brink of failure and war. Transition looms in Eritrea as aging dictator Isaias Afwerki’s death will leave a vacuum. Within the region, locals question the future of Djibouti, whose seventy-three-year-old president Ismail Omar Guelleh now seeks a fifth term.

Broader competition also takes a toll on regional dynamics. China dominates Djibouti. Just sixteen miles away across the Bab el-Mandeb, civil war continues in Yemen, where the Saudi-supported, UN-recognized government battles Iran-backed, Houthi government that rules over the most densely populated areas of the country. South of Djibouti, the unrecognized state of Somaliland, a former British protectorate that left its union with Somalia in 1991, has developed ties with Taiwan. Turkey continues to transform Somalia into its forward operating base in Africa, while Qatar seeks to dominate the country through Fahad Yasin, a former Al Jazeera journalist who now serves as Somalia’s intelligence chief but whose links with militant groups cause unease across the region.

While U.S. special operators performed an valuable function helping to advise and assist Somali forces and Biden’s team may simply order their return, a visit to Somaliland and Puntland to talk to local officials as U.S. troops withdrew suggests there is much the United States can do at little expense to support both local partners and U.S. national security.

The protection of Somalia’s coast, at 1,880 miles the second-largest coastline in Africa, is a U.S. strategic interest. A decade ago, the U.S. and coalition militaries scrambled to suppress the piracy which made the waters off Somalia the most dangerous in the world; they succeeded, but at tremendous expense in terms of military investment and sustained deployments.

When piracy erupted, its roots were two-fold: economic desperation and political malevolence. Overfishing and waste dumping upended traditional fisheries and led locals to find alternative means to provide for their families. Simultaneously, some politicians exacerbated the problem as they either invested in operations to claim shares of any ransom and/or leveraged piracy into demands for further aid and assistance.

In recent years, however, Puntland has turned its back on piracy and now is Somalia’s most functional state. In 2017, the World Bank estimated the poverty in urban areas of Puntland to be just 27 percent, compared to 57 percent in Mogadishu. Said Abdullahi Dani, a businessman and former Somali minister of planning, took the state presidency in 2019, after his predecessor Abdiweli Gaas lost popular legitimacy against the backdrop of repeated corruption scandals and general mismanagement. Today, under Dani’s leadership, commerce bustles in the regional capital Garowe, where shiny new office buildings, hotels, and banks rise above smaller family-owned stores selling everything from groceries to electronics. There is also increasing trade between Puntland and Somaliland, which declared its independence from Somalia in 1991 and whose border Puntland disputes, largely due to Dani’s decision to resolve the conflict peacefully. Simply put, if the rest of Somalia were like Puntland, the international community would look at it as a promising investment rather than a failed state.

Puntland’s progress, however, is fragile and needs direct U.S. support. The region gets little financial assistance from Somalia’s federal government. Somali President Mohamed Abdullahi Farmaajo monopolizes all assistance and distributes little to Somalia’s constituent regions. Rather than support Farmaajo’s efforts to reconsolidate the type of dictatorship that led Somalia into collapse three decades ago, Secretary of State Antony Blinken might instead direct American aid to be distributed to Somali states and Somaliland based on their proportion of Somalia’s population. By any reasonable metric, not only has Ambassador Donald Yamamoto’s strategy to recentralize Somalia failed, but it is now actively counterproductive to regional security and American strategic interests.

At issue, however, is not just Yamamoto’s failed investment in Farmaajo. Illegal fishing by Chinese and Iranian trawlers again threatens fisheries. Both the Somaliland Coast Guard and Puntland Maritime Police Force do their best to secure their respective coasts but lack enough boats or the fuel to operate them. Villagers along the Somaliland and Puntland coasts have an interest in the security of their own waters but sometimes lack the ability to report those infringing on territorial waters in order to facilitate interception. Sometimes, this is just a matter of expanding cell phone networks or providing radios, a minor investment that could offset the need for more military involvement. Night vision capability and surveillance drones would also help regional authorities secure their coastlines. Empowering Somaliland and Puntland’s coastguards is important for another reason: The need to secure the coast from weapons smugglers who might fuel the Al Shabaab and Islamic State insurgencies.

While the Pentagon partnered with Puntland forces prior to Trump’s withdrawal, there are other ways in which Secretary of Defense Lloyd Austin could support local capacity, even short of returning advisors to Puntland or ending the State Department’s counterproductive prohibition on working directly with Somaliland.

One reason for Somaliland President Muse Bihi Abdi’s democratic and pro-Western outlook was his experience in the United States as a Cold War-era exchange student at West Point. This raises the question of why, for a fraction of the cost of a military deployment to Africa, the Pentagon does not provide a slot or two for Somaliland and Puntland officers at one of its military colleges. Precedent suggests candidates would not abscond or violate the terms of their visas: Almost all Abaarso students who have studied in the United States or United Kingdom have returned to Somaliland or Somalia at the end of their study. A more significant problem in the short-term might be the capacity of Somaliland and Puntland officers to benefit from advanced U.S. war college instruction. Few coast guard officers, for example, have mastered the physics or calculus at the basis of U.S. surface warfare officer instruction. An alternative, then, might be to underwrite their instruction at courses in English-speaking African countries, such as in Kenya for the coast guard or in Malawi for the army.

The Biden administration should also consider more permanent liaison offices. Yamamoto’s efforts to isolate Somaliland are not only counterproductive given the strategic terrain and pro-Western orientation of the state, but also reverse the State Department’s previous two-track policy. Just as the United States engages separately with mainland China and Taiwan, there is little reason why it cannot work directly and simultaneously with both Somalia and Somaliland. After all, Somaliland is now just months away from having been outside its union with Somalia longer than it was inside it and so, the reason to force into Somalia against its will becomes even more tenuous. Not only would a liaison office in the Somaliland capital Hargeisa or Garowe facilitate intelligence sharing, but also a local presence is necessary to understand the clan dynamics that make Somali political analysis so difficult.

And while Biden may not want to permanently station forces in Somalia or Somaliland, interoperability should remain an interest. This could simply mean sending smaller naval vessels such as destroyers or cruisers on occasion into Bosaso or Berbera, respectively the chief Puntland and Somaliland ports. This would ensure that local authorities had both the equipment and technical expertise to receive American ships should either a regional crisis erupt or China use Djibouti’s debt to leverage American forces out of their main African base.

Underlying Trump’s hostility toward American forces in Africa was his failure to understand both the strategic role they played and the amplifying effect of their partnership with local forces. Broad Democratic hostility to large Pentagon budgets at a time of domestic economic distress, however, may prevent Biden from reversing Trump’s action. Joe Biden should recognize, though, that a policy of either deploying to Somalia or neglecting it is a false choice. Rather, regional officials seek a symbiotic relationship that enables them to defend their own territory from the very forces that most threaten U.S. interests.