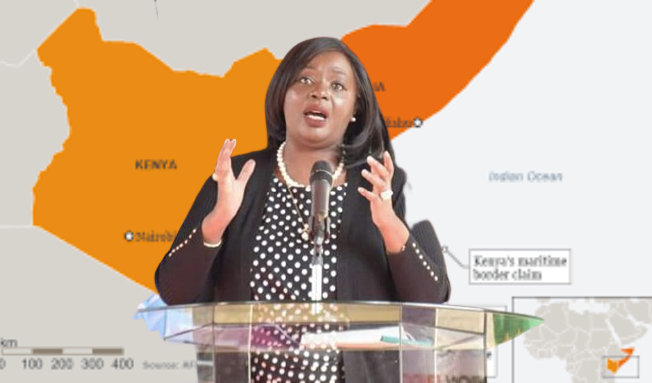 Kenya will not be drawn into Somalia’s “reckless campaign to create artificial fissures for parochial and domestic political ends at the expense of regional peace and security”, the Foreign Affairs ministry has said.

In a press release welcoming Igad’s fact-finding mission report, the ministry on Wednesday said the findings prove the allegations by Somalia against Kenya were unfounded.

“It is also clear that the decision by the Federal Government of Somalia to sever diplomatic relations with Kenya was uncalled for and has negatively impacted the lives of Somali nationals who seek relief and amenities in Kenya, AMISOM operations and the livelihoods of citizens of both countries.”

“More importantly, it is now evident that the simulated crisis being contrived by Somalia does not advance Igad’s vision for achieving peace, prosperity and regional integration,” the statement said.

But Somalia on Wednesday rejected the Igad report, saying it was “biased, partisan, unfair, compromised and predetermined to exonerate Kenya.”

“FGS regrets the partisanship portrayed by Djibouti and IGAD under the chairmanship of Ismail Guelleh. FGS strongly holds to all its initial accusations against Kenya and will pursue all means to protect her sovereignty,” the country’s Foreign Affairs Ministry said on Wednesday.

“It is instructive to note that the commission intentionally declined to visit Beled Xaawo on two occasions to witness Kenya’s atrocities against Somalia”.

Somalia called for the immediate withdrawal of the baseless and unfair report and demanded an apology.

The Igad team formed by Djibouti President Ismaïl Omar Guelleh said in its report that it did not find Somalia’s grievances sufficient to justify a diplomatic separation between Kenya and Somalia.”

It is now evident that the simulated crisis being contrived by Somalia does not advance IGAD’s vision for achieving peace, prosperity and regional integration in the region

It listed to the commission five grievances-violation of its airspace; violation of its land borders, that Kenyan forces, led by Amisom, leave their positions and move on to other locations; recognition and collaboration with Jubaland; participation in the illegal sugar and coal trade in Kismayu; and the creation, training and maintenance in Kenya of an armed group under the authority of Abdirashid Janan, the Jubaland security minister.

Kenya denied all the accusations, but the commission found it culpable for violation of Somalia’s airspace.

The commission further termed Somalia’s move to sever ties as disproportionate and unproductive given the two countries are “intimately linked politically, humanely and economically”.

“The consequences of this measure on the 3,000 Somali children attending Kenyan schools on the other side of the border, the hindrance to the functioning of Amisom, which has been experiencing difficulties in relief operations among Kenyan troops, and the economic impact of the embargo on khat in the agricultural region of Meru are a perfect illustration of this,” it said.

The ministry said the fact-finding mission was accorded every assistance including a visit to the Kenya – Somali border to independently verify facts on the ground.

“Kenya is confident that the Report of the Fact-Finding Mission provides clarity to the Assembly of IGAD Heads of State and Government who remain seized of this matter and would provide a way forward. Further, this impartial report definitively settles the matter,” the statement said.

Kenya further challenged the administration of President Mohamed Farmaajo to honour the sacrifices it has made in the past and the will of the people by making a constructive contribution to regional peace, security and prosperity.

This is even as Somalia continues to accuse Kenya of arming militias in Bula Hawo, the Gedo region, allegations Kenya has distanced itself from.