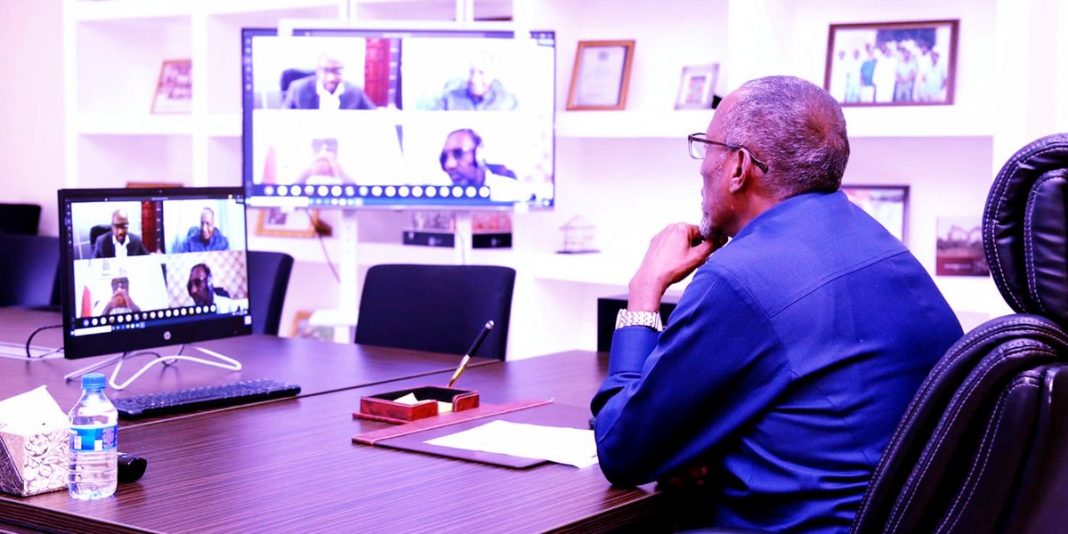 The Somaliland government is organizing a consultative meeting with leading national personalities and sectors including top business bynames on Sunday in order to plan for the import of more COVID-19 vaccines.

The Somaliland Council of Ministers’s regular meeting on Thursday decided to call the business sector and other national actors to discuss how best the nation could meet the increasing demand for more Covax vaccines.

Council established that more and more people are catching the deadly virus at an unprecedented rate and that, inevitably, deaths which the pandemic caused or helped bring about were, also, exponentially on the increase.

As of Thursday, the Council heard, 17 000 people have taken first shots of 65 000 doses of the Oxford AstraZeneca Covax Covid-19 vaccine that the WHO brought to Somaliland.

The Council, due to the severity of the pandemic, cancelled preparations for the celebration 30th anniversary of the Republic’s restoration of sovereignty which would have been observed on 18 May.

Instead, the cabinet of ministers chaired by President Musa Bihi Abdi, decided to divert funds allocated for the event to combat the twin calamities of drought and the pandemic.

A press statement on the subject revealed that un-named friendly countries have also pledged to chip in on the purchase of more vaccines for the beleaguered populace.

Even though the nation was passing through a critical phase due to the resurged pandemic and drought, elections scheduled for May 31 would not be postponed according the Council statement.