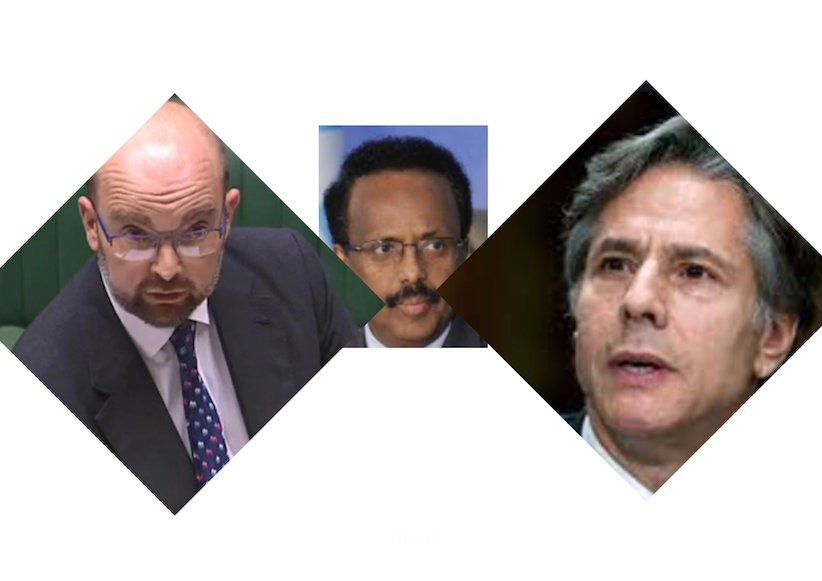 Statement by Minister Duddridge on the Somalia elections: 13 April 2020

We have consistently opposed any initiatives leading to a parallel process, partial election or an extension of prior mandates. We urge Somalia’s leaders to refrain from any further unilateral actions that may escalate political tensions or violence. It is vital that all parties remain calm and protect Somalia’s stability and security.

Constructive dialogue between Somali leaders is central to ensuring implementation of the 17 September agreement on the electoral model. That agreement is the only legitimate basis for elections. Now is the time for Somalia’s leaders to look beyond narrow self-interest and uphold their responsibilities to the people of Somalia. We urge Somalia’s leaders to return to talks immediately to find practical solutions and reach agreement on remaining issues, demonstrating restraint and compromise.

In the absence of consensus leading to inclusive and credible elections being held without further delay, the international community’s relationship with Somalia’s leadership will change. The UK will work with its international partners on a common approach to re-evaluate our relationship and the nature of our assistance to Somalia.”

Contact the FCDO Communication Team via email (monitored 24 hours a day) in the first instance, and we will respond as soon as possible.

The United States is deeply disappointed by the Federal Government of Somalia’s decision to approve a legislative bill that extends the mandates of the president and parliament by two years.

We have stressed repeatedly that it is vital for the peace, stability, prosperity, and governance of Somalia that the Federal Government and Federal Member States reach a consensus on a way forward for the electoral process. We have also made clear that the United States does not support mandate extensions without broad support from Somalia’s political stakeholders, nor does the United States support parallel or partial electoral processes. Such actions would be deeply divisive, undermine the federalism process and political reforms that have been at the heart of the country’s progress and partnership with the international community, and divert attention away from countering al-Shabaab. They will also further delay holding the promised elections awaited by the Somali people.

Implementation of this bill will pose serious obstacles to dialogue and further undermine peace and security in Somalia. It will compel the United States to reevaluate our bilateral relations with the Federal Government of Somalia, to include diplomatic engagement and assistance, and to consider all available tools, including sanctions and visa restrictions, to respond to efforts to undermine peace and stability.

We call on Somalia’s Federal Government and Federal Member State leaders to return to talks urgently and agree to a way forward to resolve the electoral crisis. We urge all parties to exercise maximum restraint, continue dialogue, and avoid further unilateral actions that will inflame tensions and undermine Somalia’s democratic processes and institutions.

Bureau of African Affairs, Bureau of Conflict and Stabilization Operations, Bureau of Democracy, Human Rights, and Labor, Elections, Office of the Spokesperson, Peace, The Secretary of State, Somalia, Stabilization